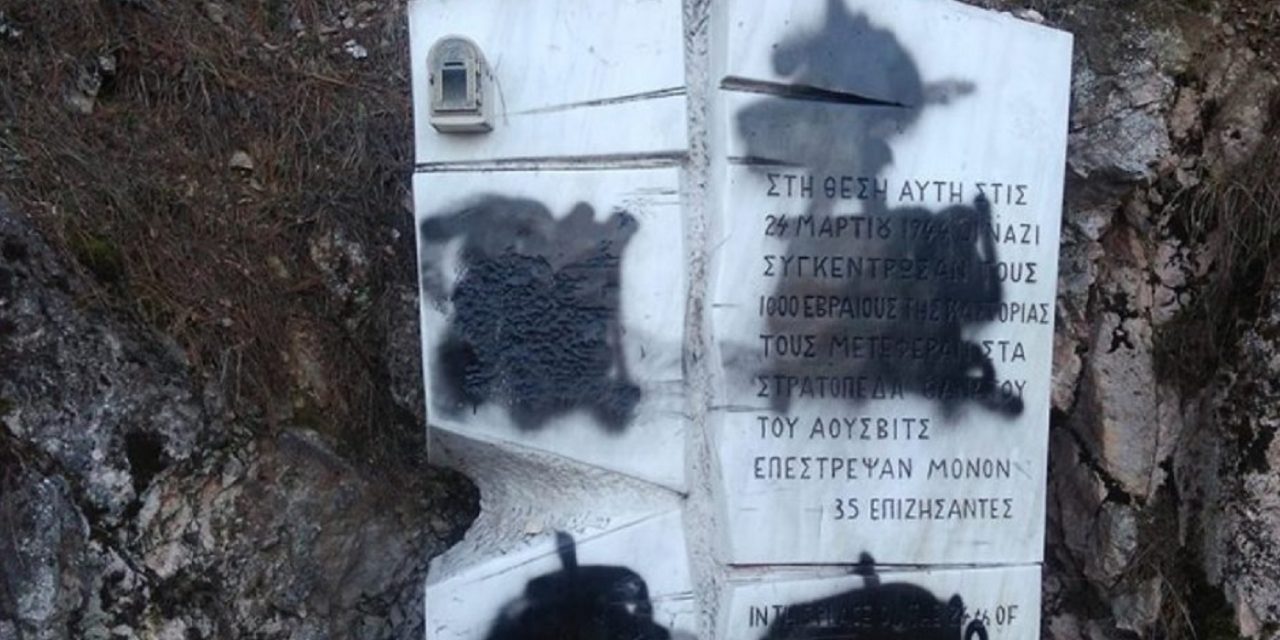 A memorial to the Jews of a Greek town who were sent to Auschwitz by the Nazis was vandalized.

The Memorial to the Jewish Martyrs of Kastoria, in the northern region of West Macedonia, was covered with black spray-paint, the state-run news agency ANA-MPA reported.

“In this place, on March 24 1944, the Nazis gathered the 1,000 Jews of Kastoria and transported them to death camps in Auschwitz. Only 35 survived,” the inscribed marble slab reads.

A Holocaust memorial in #Kastoria was desecrated, less than 2 weeks after a separate monumnet in Greece was vandalized for the 4th time this year.

We strongly condemn this desecration. Authorities must make it clear that this will not be tolerated. https://t.co/uGyJArGLDS pic.twitter.com/f6pYF0sJP7

Earlier in December, a Holocaust memorial in Thessaloniki was daubed with a swastika, the fourth time this year the object was vandalized.

At the time, the Israeli Embassy in Greece issued a condemnation of that incident.

“Turning Jews into scapegoats for events that they have absolutely no responsibility for is the absolute expression of anti-Semitism,” it said in a statement. “Such incidents by extreme nationalist circles must be condemned by all and the aggressors must finally be led before justice.”