Hezbollah, which the UK is yet to ban fully, PRAISES terror shooting of pregnant Israeli woman 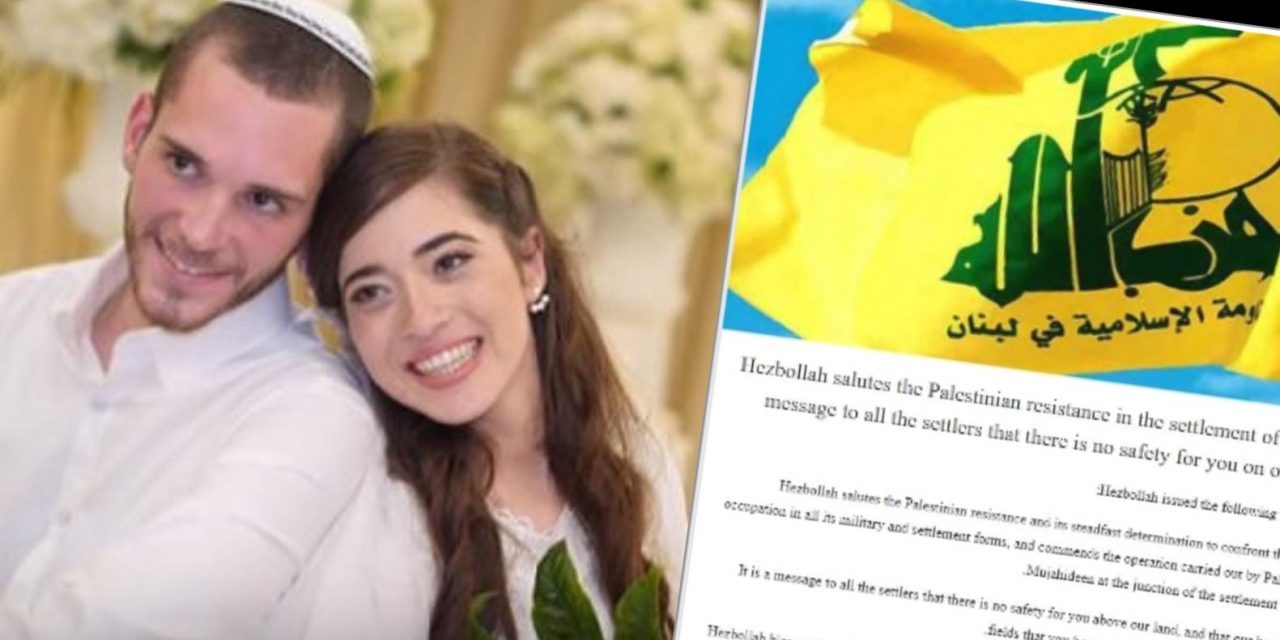 Hezbollah has praised the terror attack that left a pregnant Israeli woman and her child fighting for their lives.

Shira Ish-Ran was seriously hurt Sunday evening when terrorists in a passing car opened fire at Israeli civilians waiting at a bus stop and hitchhiking post outside the community of Ofra. Seven people were injured in all, including Shira’s husband, Amichai, who was moderately hurt.

On Thursday, it is reported that her condition is steadily improving. The hospital also said the condition of her infant son, who was delivered by emergency C-section late Sunday night after the attack, continued to deteriorate.

The Lebanese-based terror group, Hezbollah, whose ambition is to annihilate the State of Israel and “liberate” Jerusalem, but which the UK government is yet to completely ban, published the following statement praising the attack.

Hezbollah salutes the Palestinian resistance and its steadfast determination to confront the Israeli occupation in all its military and settlement forms, and commends the operation carried out by Palestinian Mujahideen at the junction of the settlement of Ofer.

It is a message to all the settlers that there is no safety for you above our land, and that our homes and fields that you have raped will remain Palestinian forever.

Hezbollah blesses the spirit of revolution and violence inherent in this great people, which will eventually

Earlier this month, Israel Defense Forces (IDF) launched “Operation: Northern Shield” in a bid to bolster their northern border with Lebanon. Three Hezbollah terror tunnels have been located by Israel within the past two weeks.

The UK should ban Hezbollah in its entirety

The Lebanese-based terrorist organisation is banned throughout the world, including by the Arab League, United States, France and Israel, but not in the UK.

Britain has only banned Hezbollah’s “military” arm but not its “political” wing meaning there is a legal loophole that is currently allowing support for the organisation to grow. However Hezbollah, by its own admission, does not differentiate between its political and military wings.

Earlier this month, the Foreign Secretary, Sajid Javid, said a a full proscription is “under review”, but stopped short of announcing a ban. It was, however, the first time that the government recognised Hezbollah’s own admission that there is no difference between its so-called political and military wings.

Over 20,000 CUFI supporters have signed our petition calling for the banning of Hezbollah in its entirety.