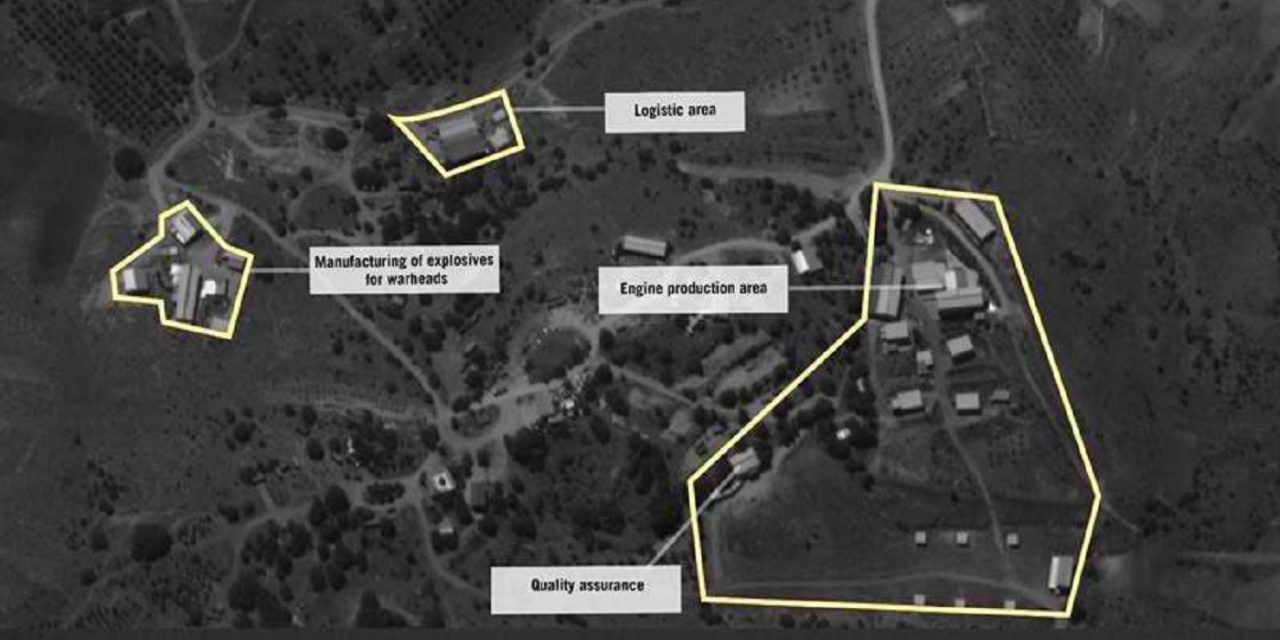 The Israeli Defense Forces (IDF) on Tuesday published information regarding a site allegedly set up by Hezbollah to produce precision-guided missiles in Lebanon’s Bekaa valley near the town of Nabi Chit.

“The facility was established in recent years as a site for the production of weapons led by Iran and Hezbollah,” the IDF said in a press release.

“The site has a number of complexes designed for the production of engines and warheads of missiles capable of an accuracy of about 10 meters. For missile production, Iran provides unique machines, training to production operators and regularly accompanies the work on site.”

The IDF said the site is of the “utmost importance” to Hezbollah’s efforts to develop a precision-guided missile.

Apparently fearing the site will be targeted by a strike, the IDF said Hezbollah has recently been seen removing “unique and expensive equipment” from the compound and transferring the assets to civilian sites in Lebanon.

Here’s a picture worth a thousand missiles: We can now reveal that inside this Hezbollah facility is Iranian-supplied machinery used to manufacture precision guided missiles with an accuracy of less than 10 meters. 📍Nabi Chit, Lebanon pic.twitter.com/VCYD8wg8o4