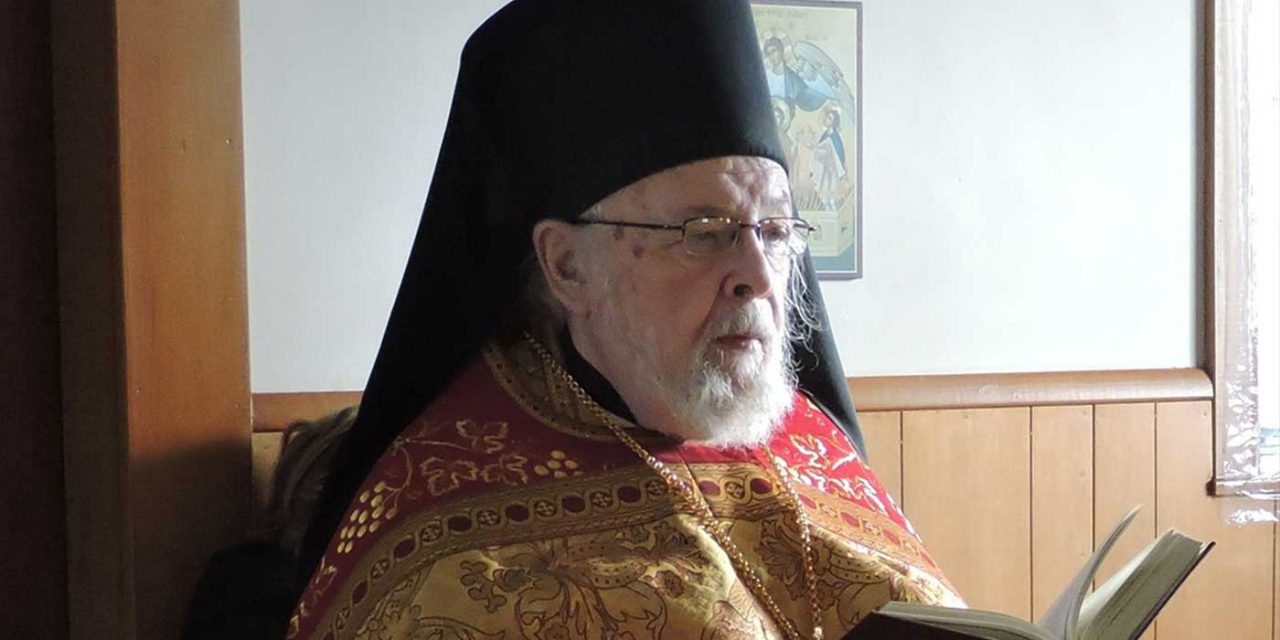 A Christian Orthodox priest was forced to retire after he delivered a sermon on the Jewish roots of the Christian faith and the importance of praying for Israel.

The Canadian Jewish News (CJN) reports that on August 12, Father Vladimir Tobin, 77, the head priest of St. Vladimir’s Orthodox Church in Halifax, was told he must leave the church due to the “Jewish twist in your ministry.”

Tobin told CJN he received the letter calling for his resignation from Orthodox Church in America Archbishop Irénée, the archbishop of Ottawa and Canada.

He was first sent a letter from Archbishop Irénée in April, following a written complaint by the assistant priest, Father Alexander Treiger, who alleged that Father Tobin was, among other things, including prayers for Israel in his services.

He admits that his sermons over the last several years have tied together Christianity’s roots and the Old Testament’s Jewish background.

The 77-year-old cleric said he travelled to Israel in May for the first time in 30 years. In the late 1960s, he visited for two weeks, and returned in 1985 to earn a doctorate in Egyptology at Hebrew University.

Tobin’s grandmother was Jewish but he was baptized into orthodox Christianity. He earned a doctorate in Egyptology at Jerusalem’s Hebrew University in 1985. He recently visited Israel in May for the first time since he graduated more than 30 years ago.

“I was happy in Orthodoxy, but felt there was some anti-Jewishness there. I wrote a piece for publication, but was told by my superiors that it was ‘too Jewish.’ That increased my determination that Christianity grew from Judaism. My own theology recognized a faith that started with Abraham and grew through the centuries through Christ,” he said.

He was first sent a letter from Archbishop Irénée in April, following a written complaint by the assistant priest, Father Alexander Treiger, who alleged that Father Tobin was, among other things, including prayers for Israel in his services.

“After much thought and consideration, I have decided that effective this date, April 8th, 2019, you are officially retired as Rector of St. Vladimir Orthodox Church, Halifax, NS,” wrote the archbishop.

Father Tobin responded by writing: “It is true that I regularly pray for both Israel and United States, its armies and its president, and for ‘the land of Israel and the armies which protect her.’ What is to prevent us for praying for other countries that need it? The U.S. and Israel are our allies and need our support for peace in the Middle East. There are precedents of praying for other nations within our tradition. My prayers are mainly intended to advance peace in the Middle East .”

The Parish Council, unhappily shocked by the dismissal, wrote a letter urging Father Tobin’s reinstatement, to which Archbishop Irénée agreed, only to renege on last month.

On Aug. 12, the archbishop wrote to Father Tobin: “Now, I place you once more on retirement as of Monday, August 26, 2019. This will permit you to say your farewells to the Faithful of Saint Vladimir Parish and remove your personal possessions from the church premises.”

Father Tobin, while obviously upset, said he has plenty to do in retirement, things he couldn’t do while preaching and teaching.

“I have many CDs to hear and books to read, a dog to walk and a grand piano that wants to be played,” he said with a chuckle in his voice.

A 19-year-old Israeli student who was shot in a drive-by shooting attack earlier in the week has sadly died of his injuries. Yehuda Guetta, a Jerusalem resident, was among three students...
Read More

In the latest deal of the Abraham Accords, the national libraries of Israel and the UAE are joining forces to share digital information of their vast collections and work...
Read More

Three 19-year-old yeshiva students were injured, two of them seriously, in a drive-by shooting at a bus stop in Samaria (northern West Bank) on Sunday evening. The shots were...
Read More

Palestinian Authority leader, Mahmoud Abbas, has postponed the first election in 15 years next month.Abbas, who is in his 15th year of a 5 year term, announced on Thursday evening that...
Read More
Share
Tweet
Email
More
2.7K Shares