Hatikvah played in first visit to Bahrain by an Israeli PM 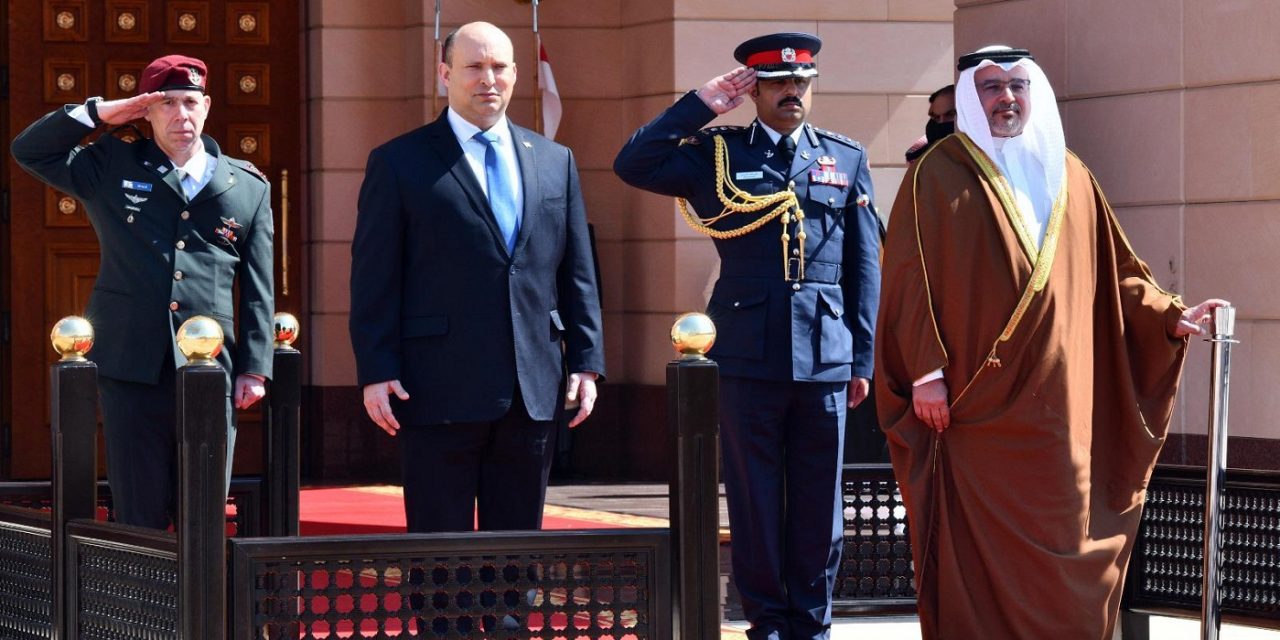 A Bahraini military band played Hatikvah, Israel’s national anthem, outside the royal palace in Manama as Prime Minister Naftali Bennett made history as the first Israeli leader to visit the Gulf state on Tuesday.

Bennett was received by Bahrain’s Crown Prince Salman bin Hamad Al-Khalifa, who is also the Kingdom’s prime minister, ahead of a one-on-one meeting and a working lunch.

“It has been a warm and generous reception and we’re filled with a very unique hospitality of your people and of yourself. I view this as a very big opportunity. This is the first official visit of an Israeli prime minister in Bahrain.

“And I come from Israel with a spirit of good will, of cooperation, of standing together amidst mutual challenges and I think our goal in this visit is to turn it from government-to-government, to people-to-people peace and to convert it from ceremonies to substance.

“We want to fill this relationship with substance in energy, in drive, in economy, in tourism and in the regional architecture. We spoke about opportunities where we can strengthen the bridge, and I really like the name Abraham Accords.
“I think by fostering this relationship in hi-tech, in trade, in agriculture, in technology and many other areas, we can do great things together. So again, I want to thank you. I think you have a very impressive team of forward looking people – and creative. Looking forward to a good meeting.”