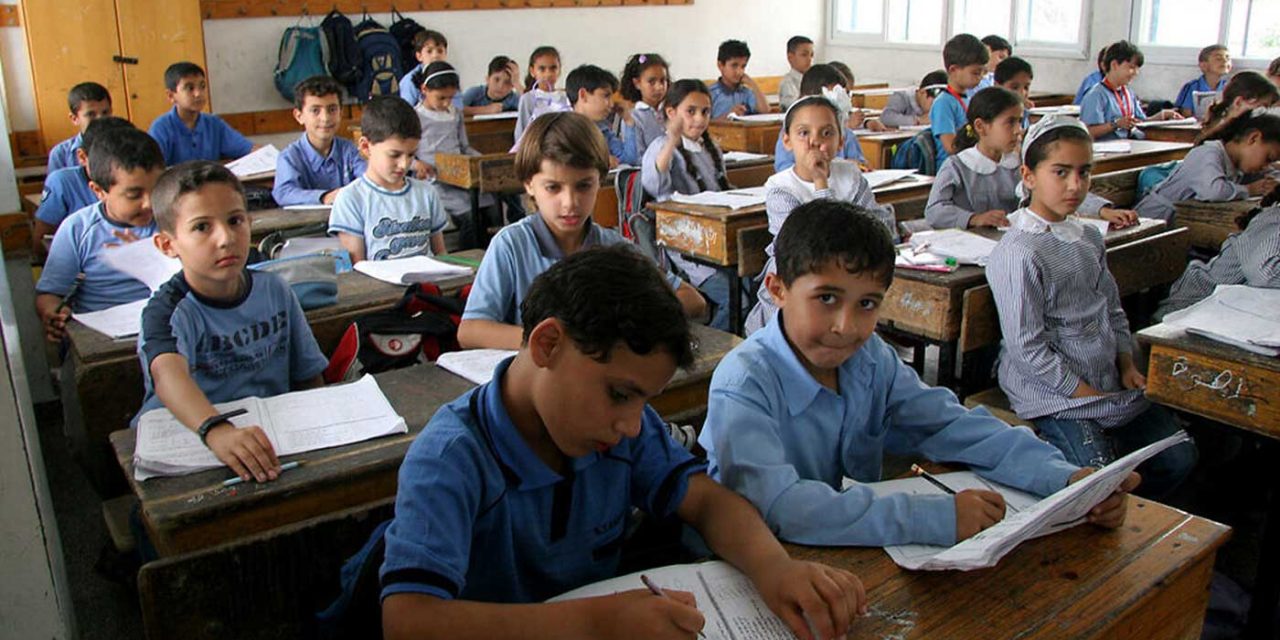 A hand grenade and military vest have been found inside a UN-run school in the Gaza Strip, showing that Hamas and PIJ terrorists are still using schoolchildren as human shields for their terrorist activities.

The United Nations Relief and Works Agency for Palestine Refugees in the Near East (UNRWA) announced in an April 22 statement that military items were found during a routine inspection at an empty school on April 21, and Israeli and Gaza officials had been informed.

“UNRWA strongly and unequivocally condemns the individual or group responsible for this flagrant violation of the inviolability of its premises under international law and calls on the de facto authorities in the Gaza Strip to ensure that this inviolability is respected and upheld,” the statement added.

“At all times, and especially during exceptional circumstances like this period, the sanctity and integrity of U.N. installations must be respected,” the statement concluded. “The use of schools for military purposes is strictly prohibited under international humanitarian law.”

There is a long history of Hamas and other Palestinian terror groups using schools and homes to store weapons and launch rockets into Israel. They do this because they know Israel does all it can to reduce civilian casualties and therefore they are less likely to be targeted if they are in the same location as civilians.

This cowardly tactic has been documented by the UN themselves when they reported that several UNRWA schools were used to store rockets during the 2014 Israel-Gaza conflict. To make matters worse, one of those schools had its playground open for children to play in at the time, providing the perfect cover for the weapons.

UNRWA was established in 1948 and is the only UN refugee agency to help a single refugee group. All other refugees in the world are handled by the UNHRC. UNRWA receives more money per refugee than UNHRC and Palestinian refugees are the only refugees on earth to be classed as refugees even though many have citizenship in a country or live in their own home and have wealth.

The United Nations also produced a report last year which stated there was “corruption” and “misconduct” at the highest levels of UNRWA.

UNRWA provides education to a large majority of Palestinian children and has been found to be using textbooks that teach jihad against Israel.

A recent study analysed more than 150 textbooks being used in all UNRWA schools with researchers finding that Palestinian children were being taught three fundamentals: delegitimization, demonization and indoctrination to violent struggle instead of peace.

One example is a textbook for 12 to 13-year-olds which teaches explicitly about martyrdom. The poem, entitled “The Martyr” reads:

“Hearing [weapons’] clash is pleasant to my ear and the flow of blood gladdens my soul as well as a body thrown upon the ground skirmished over by the desert predators… by your life! This is the death of men and whoever asks for a noble death – here it is!”

The researchers concluded that “UNRWA, in fact, not only does propagate a non-peaceful line contrary to UN resolutions on the Middle East, and not only does allow the presentation of Israel and its Jewish citizens as illegitimate with heavy layers of demonization. UNRWA also betrays its moral obligation toward the Palestinian children and youths’ human rights and well-being, by letting the PA prepare them for a future war with Israel.”

Rabbi Abraham Cooper of the Simon Wiesenthal Associations says the books describes Jews as “people who hated the prophet [Mohammed], killed Jesus, didn’t follow Moses law – the worst human beings that you can possibly imagine… That is the kind of mentality that breeds the kind of hatred that leads to the terrorist actions that takes a terrible toll among all citizens of Israel from terrorism.”

UNRWA is helping to fuel the conflict, teaching its students about jihad, lying to them about the false “right of return” and other teachings that perpetuate the conflict. It is surprising that any nation that professes to support a two-state solution would support the organisation in its current form.

Despite all this, the UK is one of the top funders of the organisation, giving tens-of-millions of pounds to UNRWA every year from taxpayers money. Meanwhile, the US has defunded UNRWA until they change their ways.