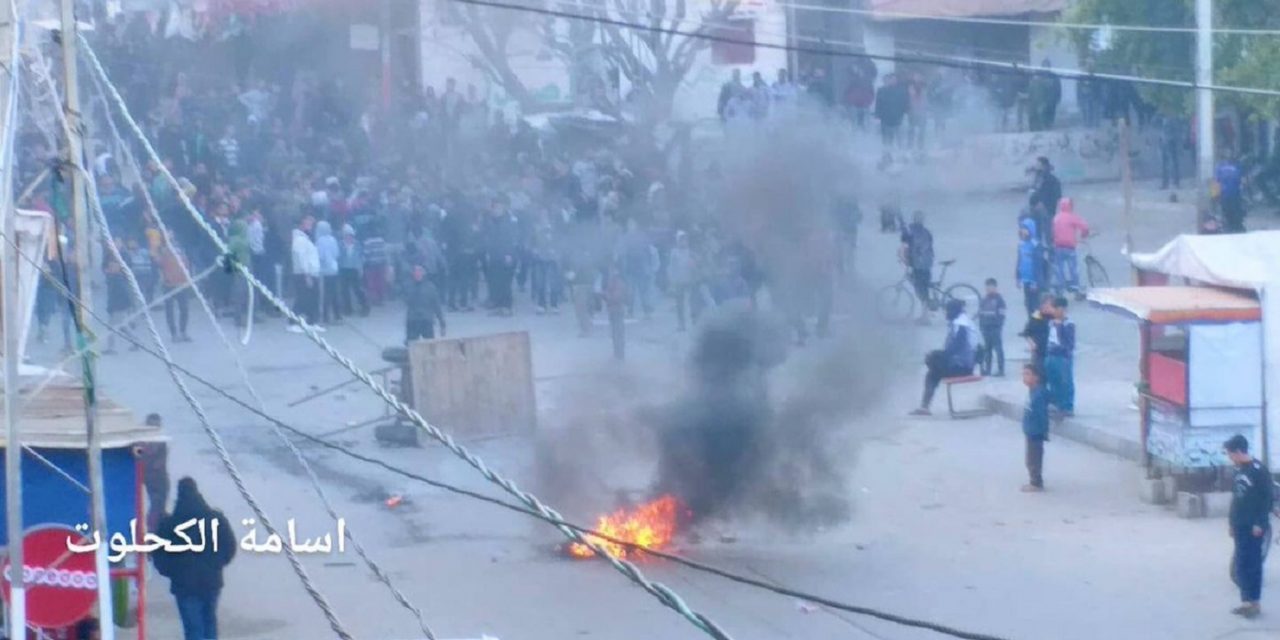 Footage has emerged of Hamas opening fire on hundreds of Palestinian civilians that were protesting the terror group’s responsibility for economic conditions.

In a rare occurrence, Palestinians took to the streets on Thursday in order to protest the high cost of living in Gaza.

The brutal response by Hamas security forces on its own people came just hours before two rockets were fired from Gaza targeting Tel Aviv. Hamas has claimed the rockets were fired by mistake, but CUFI UK can reveal that Israeli media sources were predicting on Thursday afternoon that Hamas could initiate a military confrontation with Israel “in order to ensure the social-justice phenomenon doesn’t expand in scope”.

Journalists were prevented from filming or taking pictures at the protest, according to a reporter, but scenes posted by social media users show civilians running for cover as shots, apparently live fire, were used to disperse the crowds.

Raw footage: Hamas has opened fire on hundreds of Palestinian civilians who protested yesterday against the ruling terror group's responsibility for poor economic conditions.The protesters called for a better life with the slogan, "We want to live"; Hamas responded with brutal force and live fire.You won't see this on the news, or hear it condemned at the UN.

Posted by Christians United for Israel – UK on Thursday, 14 March 2019

The demonstration started in a seemingly spontaneous manner in Jabalia and then the city of Deir al-Balahbut with more more people joining as the day went on. Social media posts were accompanied with the hashtag “We want to live” in Arabic.

The demonstrators apparently refrained from calling for the overthrow of the Hamas government, opting instead to focus on the rising cost of living.

Hamas is beating up protesters in an alley. They do not know they are being photographed #gaza #israel #غزة #Hamas pic.twitter.com/yKMHAe3pJn

UNHRC should be condemning Hamas, not Israel: ACT NOW

The protests had been organised to call for an improvement in the quality of life in Gaza, which suffers from high unemployment, widespread poverty and poor electricity and water infrastructure under the rule of the oppressive leadership of the Hamas terror group, which has ruled the Strip since 2007.

A statement purporting to be from the organisers said the protests were non-political and against the rising cost of living and taxes in the Strip.

Another video of Hamas gunfire against the protests #gaza #israel #غزة pic.twitter.com/6xyN4EQTx3