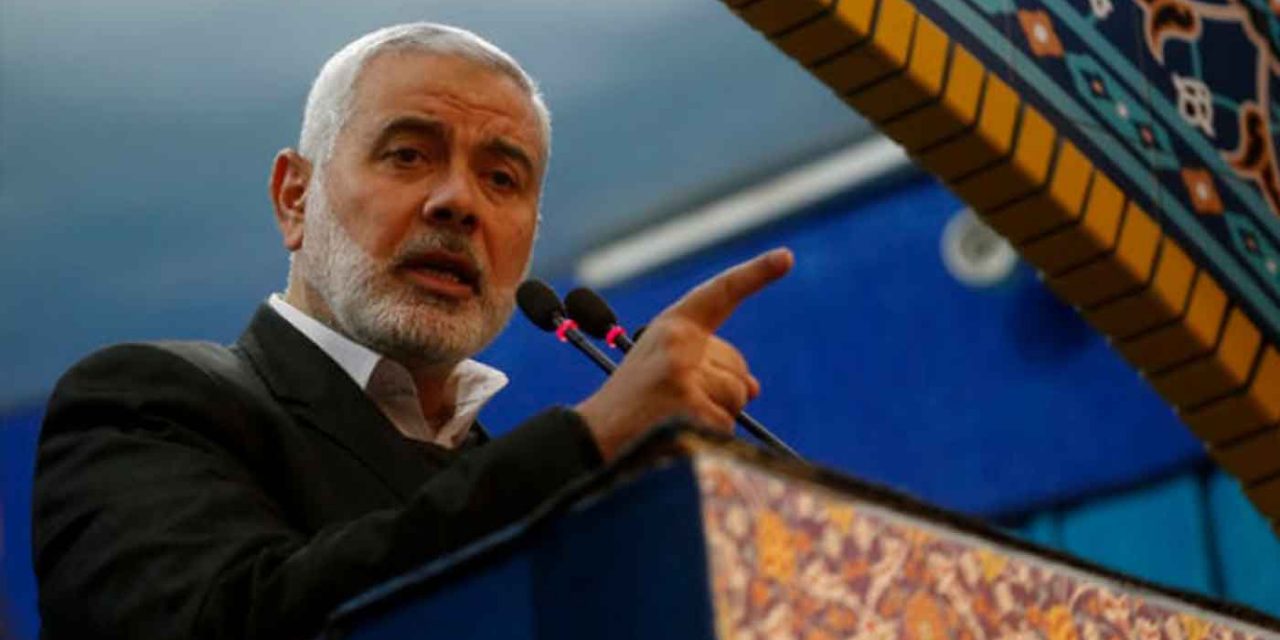 The leader of the Hamas terror group spoke at the Tehran funeral of Iranian general Qassem Soleimani on Monday, crediting the Quds Force leader with building his and other Palestinian groups.

What Soleimani “provided to Palestine and the resistance has brought them to the position they are in today in terms of power and steadfastness,” Haniyeh said.

Dubbing Soleimani “the martyr of Jerusalem,” Haniyeh said his death would not deter Palestinian terror groups from fighting Israel.

“I affirm that the resistance project in Palestine to confront the Zionist project and resist the American domination project will not be broken, be weakened or hesitate,” Haniyeh said. “It will continue along its firm path, the path of resistance, until it drives out the occupiers from our land and Jerusalem.”

Soleimani, the head of the IRGC’s expeditionary Quds Force, had an outsize role in managing Iran’s network of proxy groups, including Lebanon’s Hezbollah and Shiite militias in Iraq, Yemen and elsewhere. (Source: Times of Israel)

Iran currently funds Hamas to the tune of $30 million per month. This was largely due to the influence of Soleimani and his approach to achieving the aim of “wiping out the Zionist entity”.

Hamas is a terrorist proxy of the Iranian regime and seeks the destruction of Israel – Britain’s closest ally in the Middle East.

The Iranians are able to fund this terrorism thanks to an influx of billions-of-dollars into their economy following the Iran Nuclear Deal which the UK is a part of. Christians United for Israel UK is calling upon the British government to end its involvement in the Iran Nuclear Deal after “multiple breaches by the regime”.