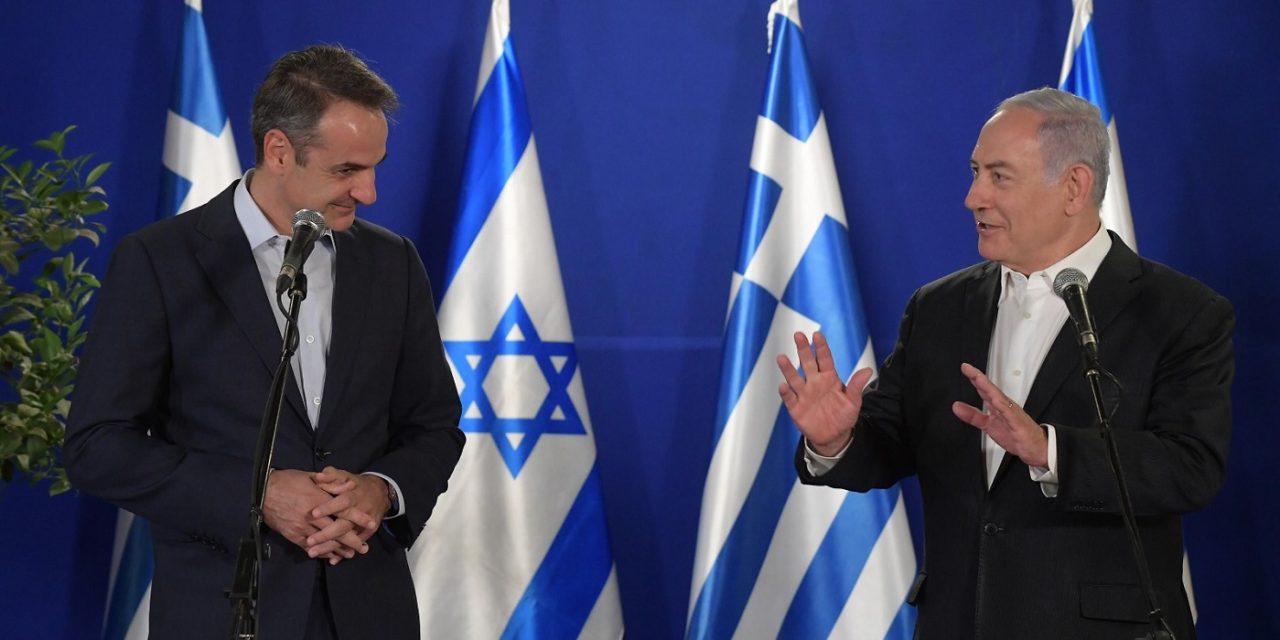 Greek Prime Minister Kyriakos Mitsotakis on Tuesday accused Turkey of being a “threat to regional peace,” following wide-ranging talks in Jerusalem with his Israeli counterpart.

In his first foreign trip since the start of the coronavirus pandemic, Mitsotakis condemned “Turkey’s aggressive behavior in the eastern Mediterranean.”

“We consider this activity to be a threat to regional peace and stability,” Mitsotakis told journalists after meeting Israeli Prime Minister Benjamin Netanyahu.

Along with Cyprus, Israel and Greece signed an agreement in January on building an undersea pipeline to carry gas from the eastern Mediterranean to Europe.

Ankara stands opposed to the deal and has sent ships to search for energy reserves off Cyprus, while last week the Turkish military conducted an air and naval exercise in the eastern Mediterranean.

“I have raised with the prime minister the recent incidents of illegal and provocative Turkish behavior at our sea and land borders,” the Greek premier said, standing alongside Netanyahu.

We will continue working together to strengthen our close friendship 🇮🇱🤝🇬🇷 pic.twitter.com/PmYKEJ4bth

Mitsotakis also criticized the “destabilizing effects that Turkey has played vis-a-vis its relationship with Libya.”

Ankara backs the UN-recognized Government of National Accord (GNA), based in the capital Tripoli, which for more than a year has battled an offensive by military strongman Khalifa Haftar.

PM Netanyahu: "We hope to be able to reestablish flights. We said August 1st is a target date. It depends on the corona. Right now it's rising. We hope to control it and bring it down. But we really would like to see Israelis coming to Greece, Greeks coming to Israel." pic.twitter.com/mZqn1cjzxp

The Turkish government additionally signed a controversial deal last year with the GNA that claimed gas-rich areas of the Mediterranean for Ankara, an agreement deemed “completely null and void” on Tuesday by Mitsotakis.

Focusing on two-way ties, Netanyahu held off from criticizing Turkey and was instead upbeat about Israel’s partnership with Athens.

“We have common interests, we face common challenges, we have extraordinary common opportunities,” he said.

The Greek delegation is the largest to visit Jerusalem in months, with Mitsotakis bringing with him six ministers — including the defense, energy and tourism ministers of Greece.