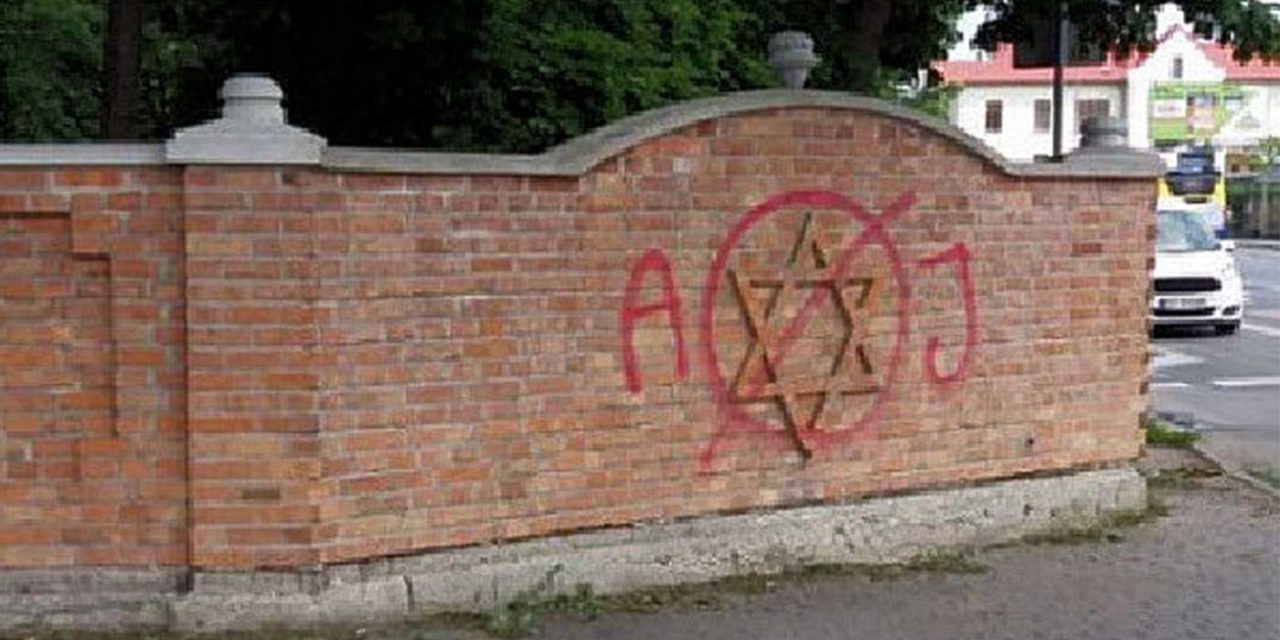 A wall of the Jewish cemetery in Tarnow, a city in southern Poland, was spray-painted with the letters “AJ,” likely meaning “Anti-Jude,” or anti-Jewish.

The wall’s Star of David was painted over as well. Police are investigating; there are no suspects.

The cemetery keeper, Adam Bartosz, said that because the wall is brick, removing the spray-paint will not be easy, and scraping the paint will leave traces.

A wall of the Jewish cemetery in Tarnow was spray-painted with the letters “AJ,” meaning Anti-Jude, or anti-Jewish. Police are investigating, but there are no suspects and no arrests have been made. https://t.co/YLksZ9x98D pic.twitter.com/XJR75deL28

“Maybe we’ll leave it as a testimony of stupidity,” said Bartosz, who was quoted by Krakow Radio.

Tarnow Mayor Roman Ciepiela condemned the act and posted on Facebook that town residents should “do everything to make the language of violence and contempt for others disappear once and for all from Tarnow’s public space.”