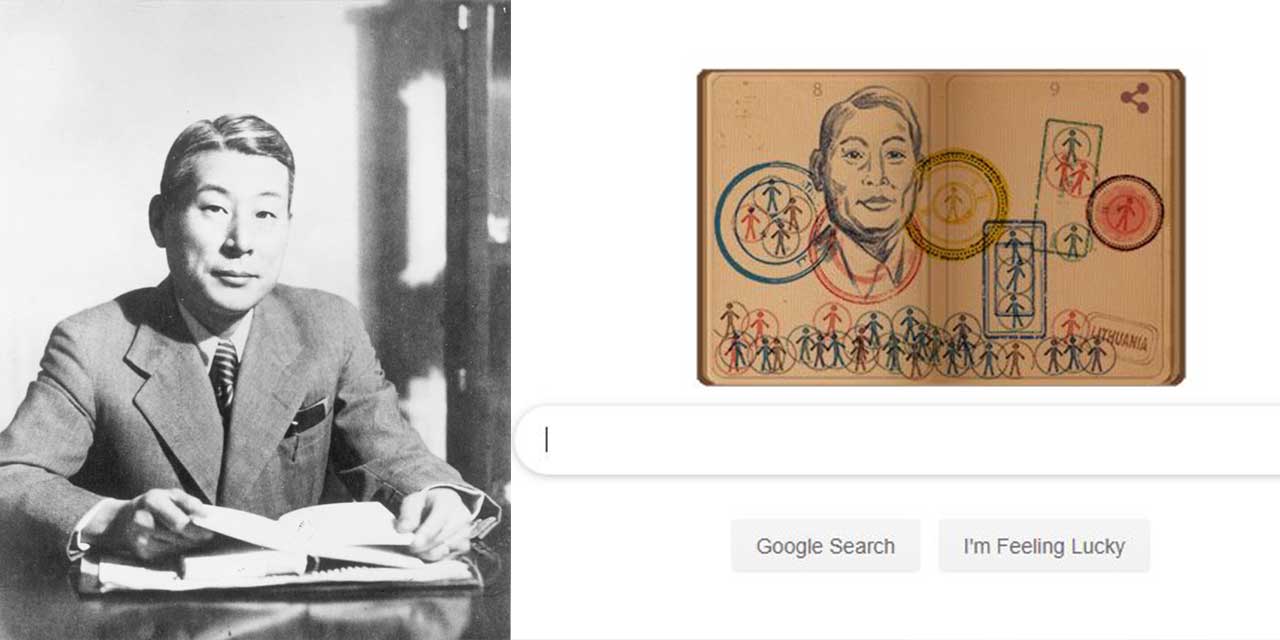 Google honoured Chiune Sugihara with a Google Doodle for Monday. Sugihara was a Japanese diplomat stationed in Lithuania when World War II broke out, who wrote thousands of visas for Jews to flee to Japan and escape the horrors of the Holocaust.

Sugihara served as a vice-consul at the Japanese consulate in Kaunas, Lithuania in 1939, as he watched Jews who fled Poland flow into the USSR-ruled country, seeking to escape even further the incoming threat of Nazi Germany.

Coming out with a plan to help the Jews, Sugihara would sign visas for Jews to travel on the Trans-Siberian Railway through the Soviet Union, then into Japan and finally find a safe haven in the Dutch colony of Curacao in the Caribbean.

However, contacting his superiors at the Japanese Foreign Ministry, his request was denied three times to grant visas for Jews to pass through the country.

In a bold move and contrary to his country’s position, Sugihara wrote at least 4,500 visas by hand in just over six weeks, to the point where his wife had to massage his calloused hand every night so he could sleep before waking up and writing more visas.

Sugihara boarded a train with other consular staff to return to Japan in September, where he reportedly was still writing visas, hurling them onto Jews waiting on the platform.

In 1941, Nazi Germany occupied Lithuania, leading to the murder of over 120,000 Jews, which constituted as much as 95% of the Jews who lived there before the war.

Serving other roles in different countries, Sugihara was recalled back to Japan in 1946 and was asked to resign a year later for defying government policy.

Sugihara vanished into obscurity, working in various other jobs, until in 1960, a Jew living in Israel who was saved by Sugihara’s visa managed to track him down and made his story public.

The Yad Vashem Holocaust Museum recognized Sugihara in 1984 as a “Hassid Umot Olam” (Righteous Among the Nations), a title granted to non-Jews who saved Jewish lives from Nazi Germany.

“It was a humanitarian issue,” Sugihara said in an interview conducted in Moscow in 1977. “I did not care then if I would be fired. If someone else were in that position, I believe he would definitely have done the same.”