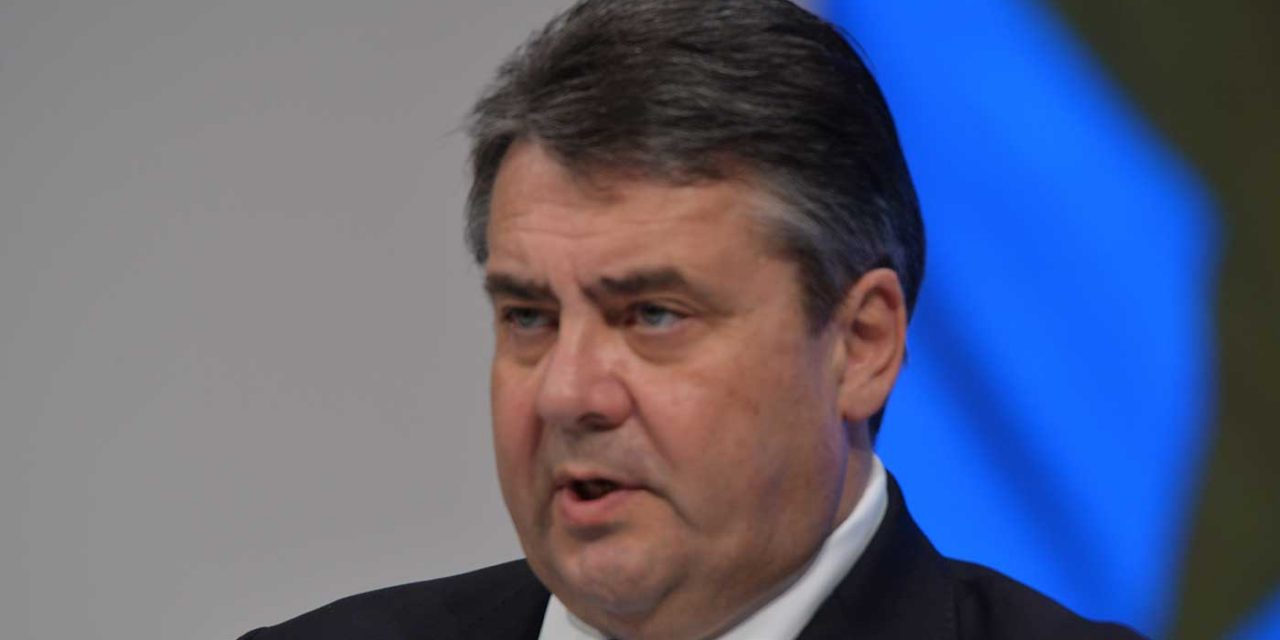 German Foreign Minister Sigmar Gabriel has reiterated his false claim that Israel was an “apartheid regime”, sparking condemnation from experts.

Gabriel first referred to Israel as an “apartheid regime” while he was on a visit to Israel in 2012. However he repeated the claim while speaking with Muslim migrants at a meeting in December where he compared Israel to the apartheid regime of South Africa.

“There are two central narratives to Jewish history in the 20th century – the Holocaust and the establishment of the State of Israel. Sigmar Gabriel has already tried to undermine the core of each of them,” Dr. Efraim Zuroff, head of the Jerusalem Office of the Simon Wiesenthal Center, told the Jerusalem Post.

“By falsely claiming that Israel is an ‘apartheid state,’ he denies its democratic basis, which is a central tenet of Israeli statehood since its establishment, and legitimizes unjust attacks on the Jewish state for sins committed on a regular basis by all its neighbors but not by Israel,” he said.

“In the past Gabriel claimed that Social Democrats suffered the same fate as Jews during the Third Reich, a ridiculous assertion with no basis in fact, that undermines the uniqueness of the Holocaust and falsely relativizes the uniquely horrific fate of European Jewry at the hands of the Nazis and their helpers.”

Sigmar Gabriel attended a meeting of Muslim migrants in mid-December to combat antisemitism, after the outbreak of protests where Israeli flags were burned in response to the US declaring that Jerusalem is Israel’s capital. While discussing criticism of Israel, he told them that his visit to Hebron several years ago reminded him of “what was seen during apartheid.” This comment is what sparked the latest criticism, and while Gabriel may have thought he was helping to combat anti-Semitism, he was actually fuelling it.