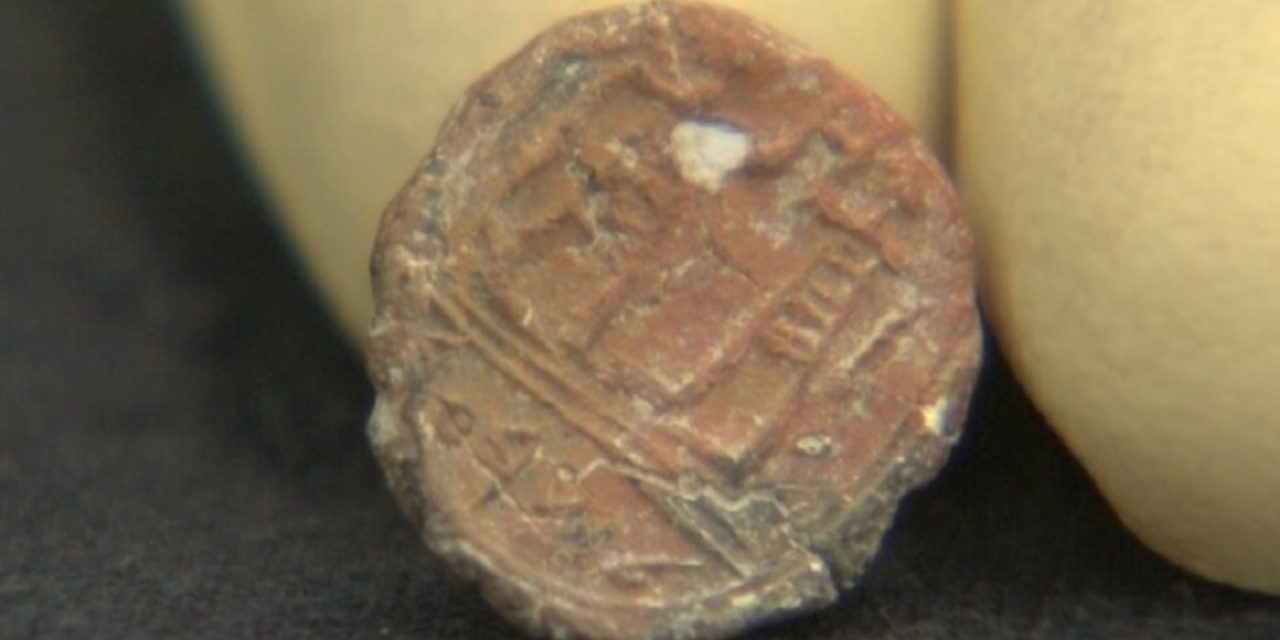 A stamped piece of clay from the First Temple period, which belonged to the “governor of the city” of Jerusalem – the most prominent local position to be held in Jerusalem of 2700 years ago – was discovered during archaeological works in the Western Wall Plaza, The Times of Israel reported on Monday.

This historical find is a lump of clay, stamped and pre-fired. It measures 13 X 15 mm and is 2–3 mm thick. The upper part of the sealing depicts two figures facing each other, and the lower part holds an inscription in ancient Hebrew script, saying “Belonging to the governor [sar] of the city.”

Governors of Jerusalem are mentioned twice in the Bible. In its record of the reign of Josiah, 2 Kings 23:8 refers to the “Gate of Joshua, the city governor”.

In 2 Chronicles 34:8, Maaseiah is also identified as governor or ruler of Jerusalem during Josiah’s reign.

According to site excavator Dr. Shlomit Weksler-Bdolah, “This is the first time that such an impression was found in an authorized excavation. It supports the biblical rendering of the existence of a governor of the city in Jerusalem 2,700 years ago.”

The sealing was presented to the Mayor of Jerusalem, Nir Barkat, on behalf of the Israel Antiquities Authority and in association with the Western Wall Heritage Foundation. When the find was presented to him, Barkat related that “it is very overwhelming to receive greetings from First Temple-period Jerusalem. This shows that already 2700 years ago, Jerusalem, the capital of Israel, was a strong and central city.”

He added: “Jerusalem is one of the most ancient capitals of the world, continually populated by the Jewish people for more than 3000 years. Today we have the privilege to encounter another one of the long chain of persons and leaders that built and developed the city.”

The discovery comes at the time that Israel increasingly finds itself confronted with efforts in international forums that seek to deny Judaism’s historic ties to the city of Jerusalem. Over the past years, UNESCO has been making headlines due to their continuous anti-Israel bias. In October 2016, Israel suspended ties with the organization following a resolution that criticized Israel’s actions in and around Jerusalem’s holiest site and denied Jewish ties to the region’s holy sites. The U.S. and Israel recently announced that they would withdraw from the UN’s cultural agency.

The Tower / Times of Israel – with edits