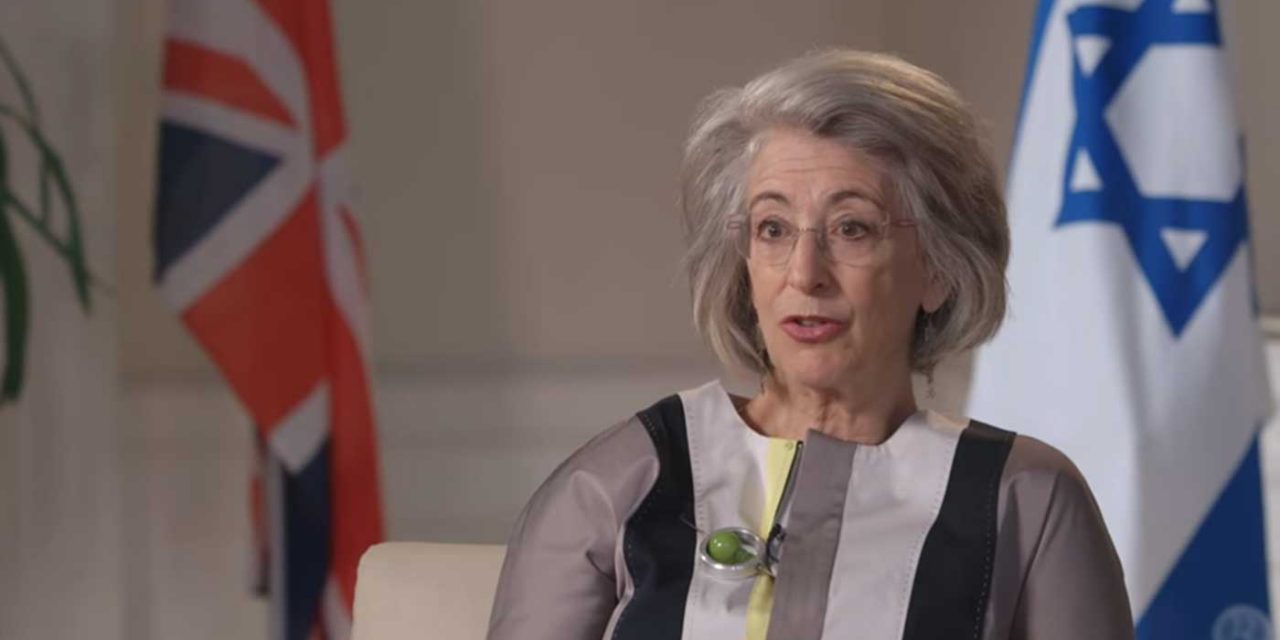 Maureen Lipman has spoken out about Labour leader Jeremy Corbyn and the anti-Semitism problems in the Labour party saying “you can easily be anti-Semitic and still call yourself anti-racism and that’s what he’s doing”.

Lipman is a British Jewish actress who has played roles in the Oscar-nominated film, the Pianist, as well as British dramas Coronation Street, Casualty and had many other film and television roles over the years.

The actress spoke to Sky News whilst attending a demonstration against anti-Semitism in the Labour party on Sunday.

Posted by Sussex Friends Of Israel on Sunday, 8 April 2018

“I said it was pretty scary to have to be here in 2018, protesting about anti-Semitism in the Labour party and that I thought it was time Jeremy Corbyn  left the centre, left the stage because he’s pretty malign. People think that he’s benign but actually it was bitter herbs he should have taken to that Seder night that was held on the wrong night by the wrong people.

“They say ‘one Jew, two opinions’, because it’s very easy for us (Jews) to fight with each other about what this anti-Semitism is and that dissolves the effectiveness of our fighting back.

You see you’d have to say he’s against racism, but you see, is Judaism a race, a religion, what is it? You can easily be anti-Semitic and still call yourself anti-racism and that’s what he’s doing.

So after a very short time people are saying, “oh, the Jews,” you know, “why do they keep making a fuss”? Well, we don’t want to make a fuss, we have not committed thousands of appalling crime and yet antisemitism is going up. We haven’t done anything.

Today makes me feel like crying, you know. We’re citizens, we contribute, why should we have to fight anti-Semitism. We’re not bombing and beheading and the rest, we’re not doing anything.

And they’re using the excuse of Israel. You know, I said to the crowd I watched a march here yesterday against Gaza. I see no march against the genocide in Syria. I could never get anyone to march with me and poor Miriam Karlin on a buss with 32 monks protesting what was going on in Burma, nobody’s interested. One thing gets them going and if you whip up the anti-Semitism you get Israel.

He’s a friend of Hamas and he’s a longstanding critic of the state of Israel, the one Jewish state against all the others.”

The Sun also spoke with Lipman at the protest, organised by the Campaign Against AntiSemitism, where the actress described herself as a “disenfranchised socialist”.

And she attacked the Labour leader for attending a feast organised by left-wing Jewish group Jewdas last week, calling it “appalling” and “the absolute cherry on top of Jeremy Corbyn’s behaviour”.

She added: “He is standing with elements who are against everything we stand for — hardworking, decent Jewish people of whom I am incredibly proud.

“By doing nothing he is telling us the same thing he has been telling us for the last 30 years. He wants a Marxist party. Because it’s worked so well in the rest of the world.”

Below is an interview Maureen Lipman gave to Revelation TV at the Israeli Embassy where she talks about her life growing up as British Jew, her fascinating career as well as her support for Israel.