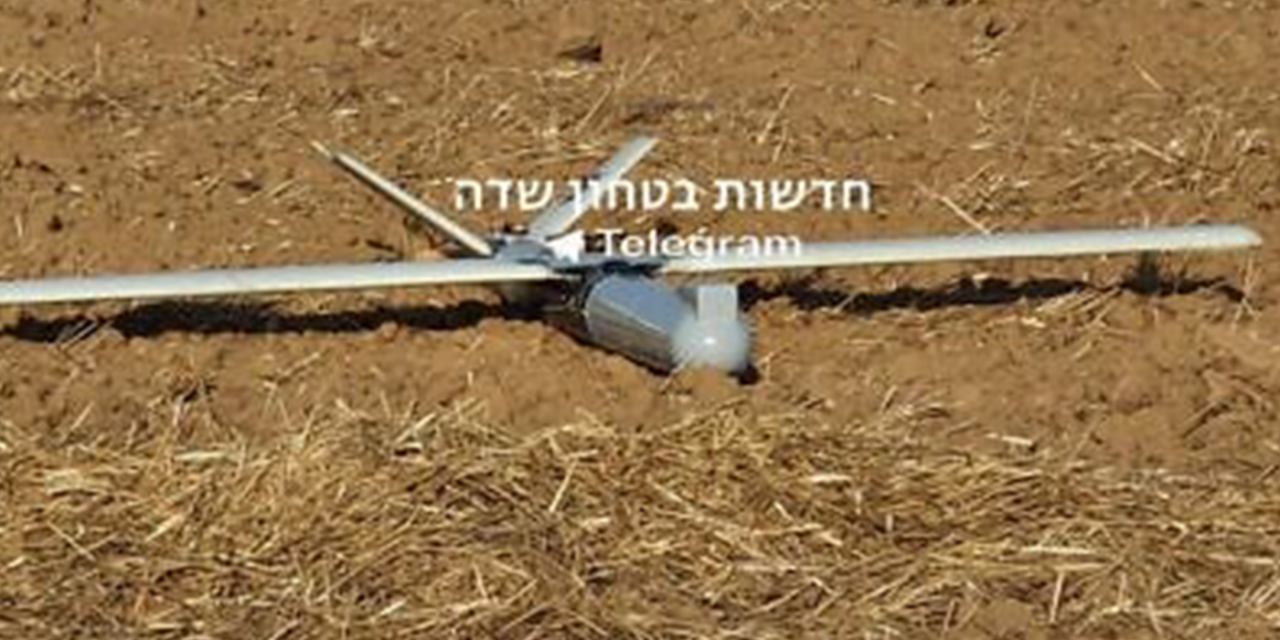 The IDF said the apparent breach of Israeli airspace was detected earlier in the day, prompting the military to scramble fighter jets.

Images from the scene showed the small glider in an agricultural field in the Eshkol region. It did not appear to have been shot down.

“During additional searches of the ground in the area, a drone was located a short time ago. It is being checked if this is the drone that is suspected of having crossed into Israeli territory,” the military said.

Follow up: IAF intercepted a drone reportedly launched from Gaza and flew over southern Israel pic.twitter.com/RAKObpnH7Q

The drone, which was taken into IDF custody, appeared to be a small glider model with a propeller. The military said it did not appear to have an explosive payload.

An IDF spokesperson said security forces were studying the device to determine who sent it into Israel and for what purpose.