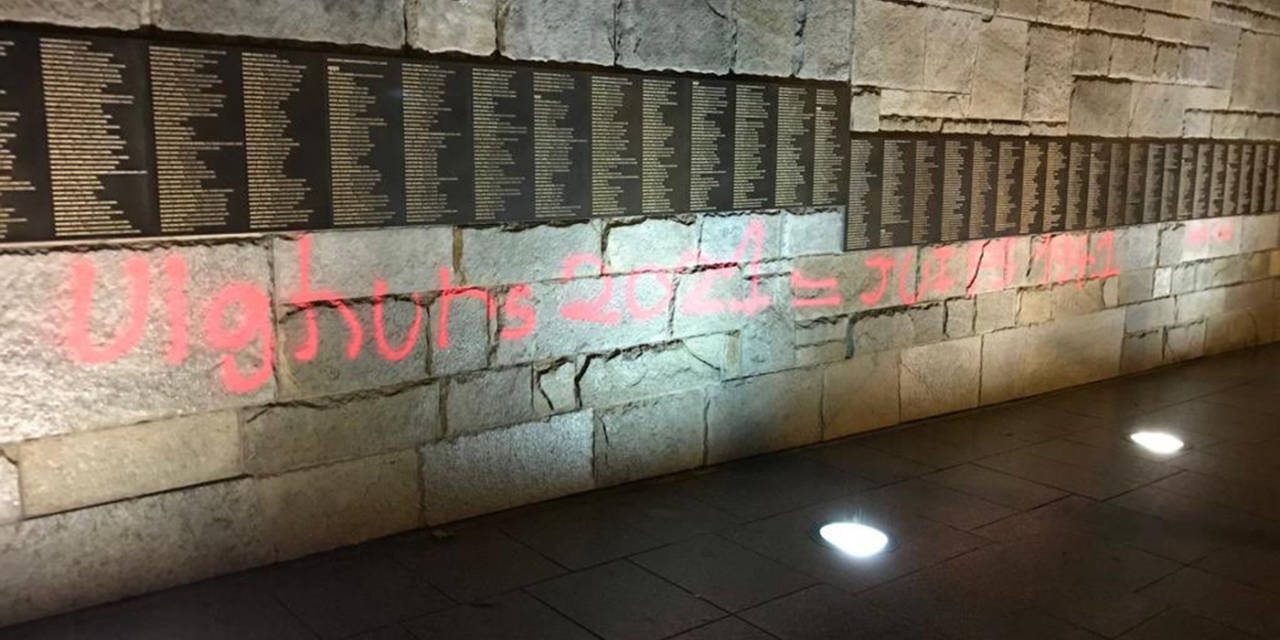 A message was spray-painted onto France’s Holocaust Memorial in the lead up to the international commemorations of the Nazi genocide of six million Jews during World War II.

The Israeli Embassy in France tweeted a photo of the incident and expressed their “horror and anger” at the vandalism “on such a symbolic day”.

The message that was daubed on the memorial was in support of the Uighurs, a Muslim minority who are under intense persecution from the Chinese government. The message stated, “Uighurs 2021 = Jews 1941”.

Paris police said the graffiti was discovered Wednesday morning, as ceremonies were being held or planned around the world to mark International Holocaust Remembrance Day, which is observed on the anniversary of the liberation of the Auschwitz death camp on Jan. 27, 1945.

The graffiti was quickly cleaned off.

On social media, there were mixed reactions with some agreeing with the message, but not the method. Many saw the act of vandalism as a diminishing of the memory of those killed in the Holocaust.

The Uighurs/Uyghurs are a Muslim minority in China with an estimated population of 12 to 13 million people living in the Xinjiang province of China.

The US State Department estimates that more than one million Uighurs, as well as members from other Muslim minority groups, have been detained in a sprawling network of internment camps in Xinjiang, where they are reportedly “subjected to torture, cruel and inhumane treatment such as physical and sexual abuse, forced labour, and death.”