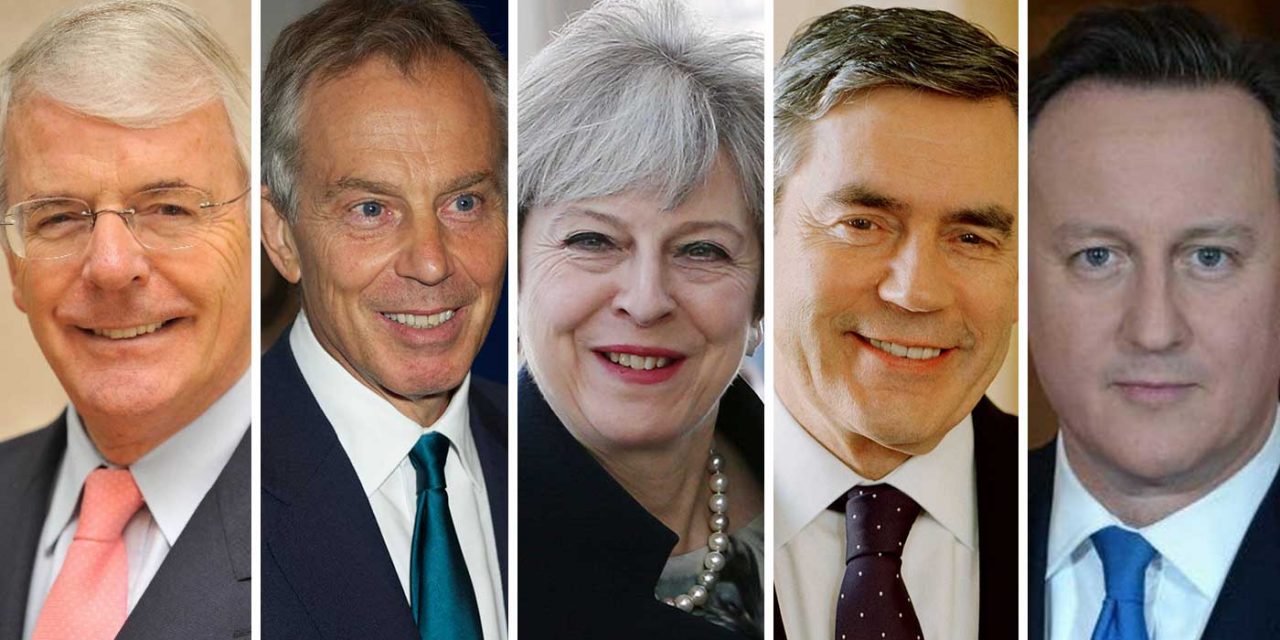 Prime Minister Theresa May has joined with the four previous Prime Ministers or the UK to give their support for the proposed Holocaust Memorial in Westminster.

SIGN THE PETITION: Save the National Holocaust Memorial in Westminster – Join more than 8,000 people, add your name today.

The Prime Ministers have put together a video which was shared on social media on Tuesday morning and is due to be shown at a Holocaust remembrance ceremony in London that same day.

By putting our National Holocaust Memorial and Education Centre next to our Parliament, we make a solemn and eternal promise that Britain will never forget what happened in the Holocaust. pic.twitter.com/yoMmcLxO8O

In the video, Theresa May said:

“By putting our National Holocaust Memorial and Education Centre next to our Parliament, we make a solemn and eternal promise that Britain will never forget what happened in the Holocaust.”

“Seeing this through is a sacred, national mission. In the face of despicable Holocaust denial, this memorial will stand to preserve the truth forever. And this education centre will ensure that every generation understands the responsibility that we all share – to fight against hatred and prejudice in all its forms, wherever it is found.”

“There can be no more powerful symbol of our commitment never to forget the Holocaust than that we should create, right at the heart of our democracy, a permanent memorial and a learning centre so that we understand what we failed to do in the 1930s and understand also that we should never ever allow evil to triumph over good.”

“The Holocaust is one of the most evil acts in history, it must never be forgotten. A memorial near to the House of Commons reminds us what happens when democracy fails. It’s a lesson neither this generation nor the next should ever forget.

“Antisemitism and hate did not end in 1945. Unfortunately today some of this poison is back from the political fringe to parts of the political mainstream. So, it’s absolutely right that this new national memorial is situated right next to Parliament so that we can show what happens when racism and prejudice go unchecked.”

“There are really only two things that altered my thinking. The first was taking my children to Berlin and seeing the National Memorial they have there and seeing the effect it had on my children and thinking, why don’t we have something as significant, as substantial, here in Britain. The second thing was the immense privilege as Prime Minister of meeting Holocaust survivors and hearing their stories first hand and realising that there would come a time when those survivors wouldn’t be there to tell those stories. That’s why I set up the Holocaust Commission in January 2014 and that’s why I’m so delighted that they recommended this incredible National Memorial at the heart of our democracy next to our Parliament.”

Unbelievably, there is now some opposition to this worthy cause. Thousands have signed a petition against this memorial, which is why we launched our petition to show support.

Join more than 8,000 people who have signed our petition to support the national Holocaust Memorial in Westminster

Sadly, many who oppose are being misled into believing this memorial will destroy a green space in London. This is simply wrong!