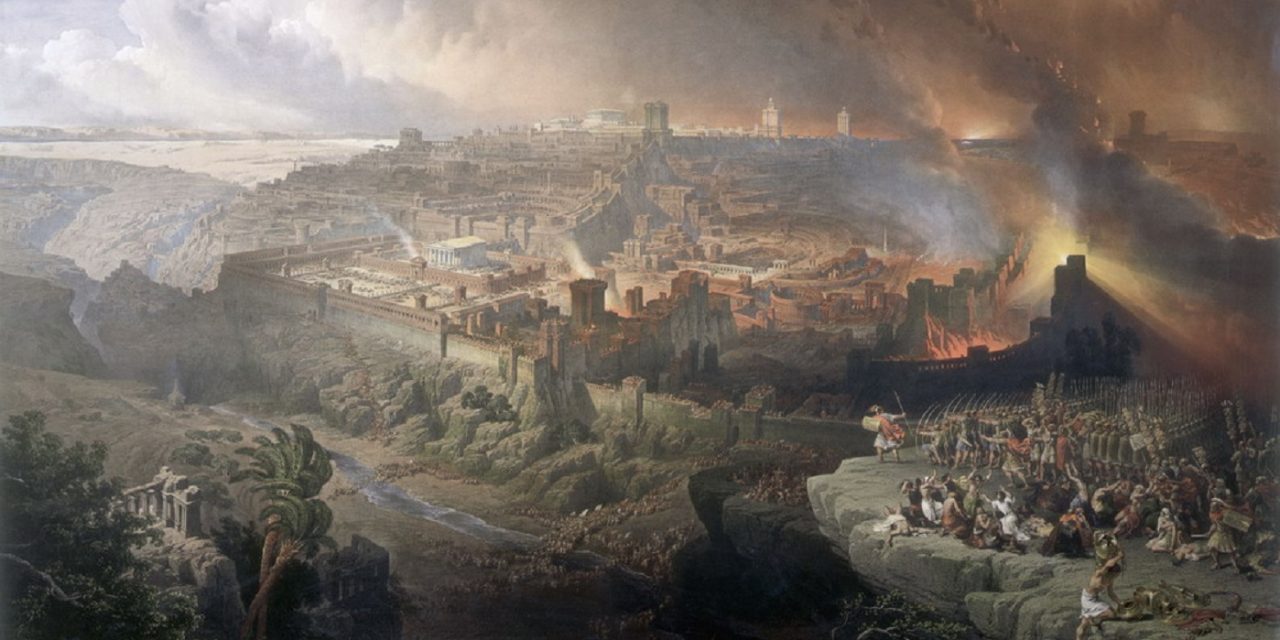 Today is one of the most significant dates in all of history. In the Hebrew calendar, the 9th of Av (Tisha b’Av) begins this year at sundown on 31st July and ends sundown on 1st August.

It is a solemn day in which Jews fast, pray, and reflect on the most destructive events in biblical history and marks the culmination of three weeks of mourning for the Jewish people. On this day, Jewish people remember the destruction of First and Second Temples in Jerusalem, both events which occurred on the same day, the 9th of Av. Marking the First Temple destruction, Zechariah refers to the 9th of Av as, “the fast of the fifth” (Zechariah 8:19), as Av is the fifth month on the religious Hebrew calendar.

Due to differences between the two calendars, the day falls during July/August. Along with the Temple destruction, the 9th of Av has been the date for some of the most tragic events affecting the Jewish people.

Here are some of them:

1313 BC
The spies returned from the Promised Land with bad reports
Although Joshua and Caleb trusted the Lord and had faith that He would deliver the people and the land “into their hands,” the others were faithless and feared the people of the land. The result of their disobedience to God was catastrophic. God decreed in Numbers 13 that they would therefore wander in the desert for 40 years.

586 BC
The First Temple destroyed by the Babylonians
On the 9th of Av, the Holy Temple, built by King Solomon, was set on fire and destroyed by the Chief of Nebuchadnezzar’s army.  Approximately 100,000 Jewish people were killed during this invasion of Judah, the southern kingdom. Most of the remaining survivors were taken captive to Babylon for exactly 70 years, as prophesied by the prophet Jeremiah.

AD 135
Jews at Betar massacred in revolt against Romans
A Jewish revolt against the Romans, led by Shimon bar Koziva (also known as Bar Kochba) ended defeat in the final battle at Betar on the 9th of Av. The Jews of Betar were butchered and the Temple Mount was plowed one year later on the same date.

1190
Jews martyred in England
At least 150 Jews – who had taken refuge in York Castle – were massacred during anti-Semitic rioting. This also happened on the 9th of Av.

1290
The Jews expelled from England
The edict was sign on 18 July, which that year was…9th of Av. It followed decades of persecution including England becoming the first European nation to require Jews to wear a badge and the imposing of taxes and other financial restrictions against the Jews.

1306
Jews expelled from France
This didn’t happen exactly on 9th of Av but we have included it because it happened the day after on 10th of Av (22nd July). They were given one month to leave the kingdom.

1555
Jews in Rome moved to a ghetto
On the 9th of Av, Pope Paul IV ordered all Jews to be moved to an enclosed area by the Tiber river. It became known as the Rome Ghetto until its abolishment in 1870. Jews were not allowed to own property and had to identify themselves with a yellow head-covering.

1492
The Jews expelled from Spain
The edict of expulsions was signed by Queen Isabella and her husband Ferdinand on 31 March 1492 and the Jews were given exactly four months to leave the country. The Hebrew date on which no Jew was allowed to remain in Spain was…9th of Av.

1914
Germany declares war on Russia
World War I began when Germany declared war in Russian on 9th of Av. WWI would lead to the rise of Nazism in Germany, WWII and, of course, the Holocaust. The same year the British captured Jerusalem from the Ottomans and issued the Balfour Declaration.

1941
The Final Solution receives approval
SS Commander Heinrich Himmler formally received approval from the Nazi Party for “The Final Solution” on 31 July….or 9th Av. This was the central element of the Holocaust that led to over 6 million Jews being murdered.

1942
Mass deportation of Jews from Warsaw Ghetto to extermination camp
On 23 July, 9th of Av, the systematic deportation of Jews from Warsaw Ghetto began. Thousands were rounded up daily and transported to a newly constructed extermination camp at Treblinka. Within the first seven weeks, approximately 300,000 Jews were murdered.

From everyone at CUFI we stand in solidarity with the Jewish nation on this most solemn of days. After two weeks of hostilities surrounding the Temple Mount, it seems relevant that today, on the 9th of Av, an unprecedented of Jewish people, back in their homeland, ascended the Temple Mount in Jerusalem, the undivided, eternal capital of Israel.