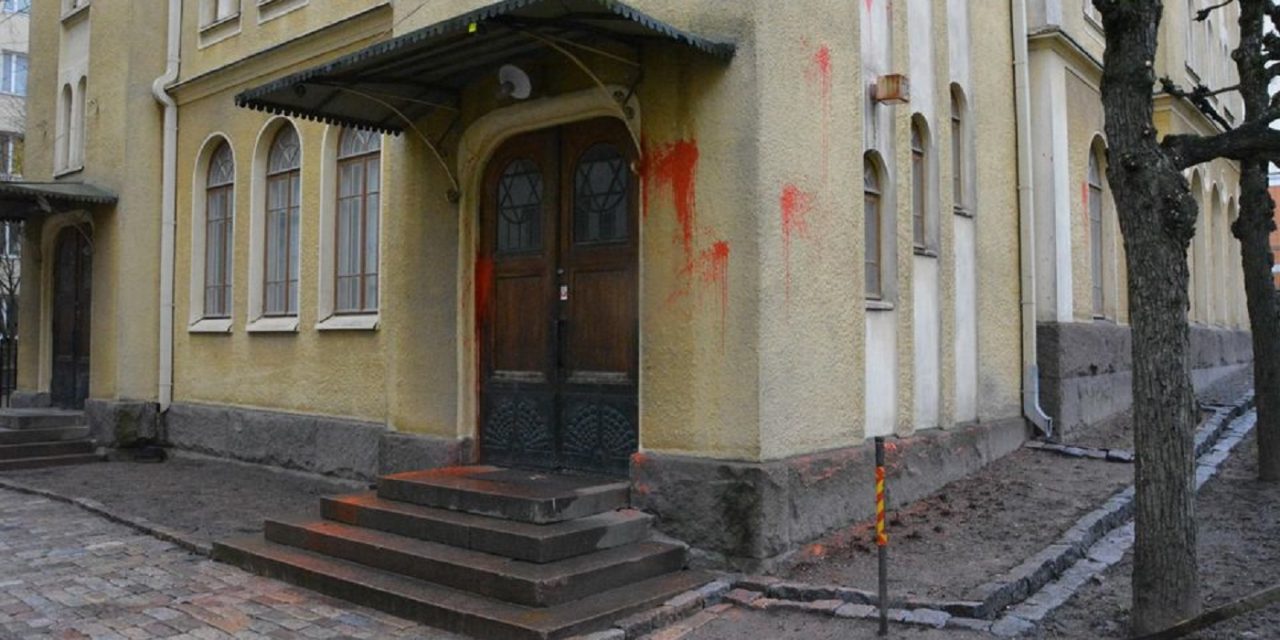 Red paint was found on the facade of a synagogue in Finland in what some fear may have been an anti-Semitic incident.

The speckles and blotches of paint were found on the synagogue of Turku, which is situated 70 miles west of the capital Helsinki, on Sunday, a day before International Holocaust Remembrance Day.

The vandalism may have taken place on Saturday, YLE reported Monday. The synagogue was not vandalized with any hateful messages or icons.

According to News Now Finland, police in the southern city of Tampere are looking into an incident at the city’s railway station involving a gathering of neo-Nazis who reportedly burned an Israeli flag at a rally.

Finland has a few hundred Jews. Anti-Semitic assaults and vandalism are very rare in the European nation.