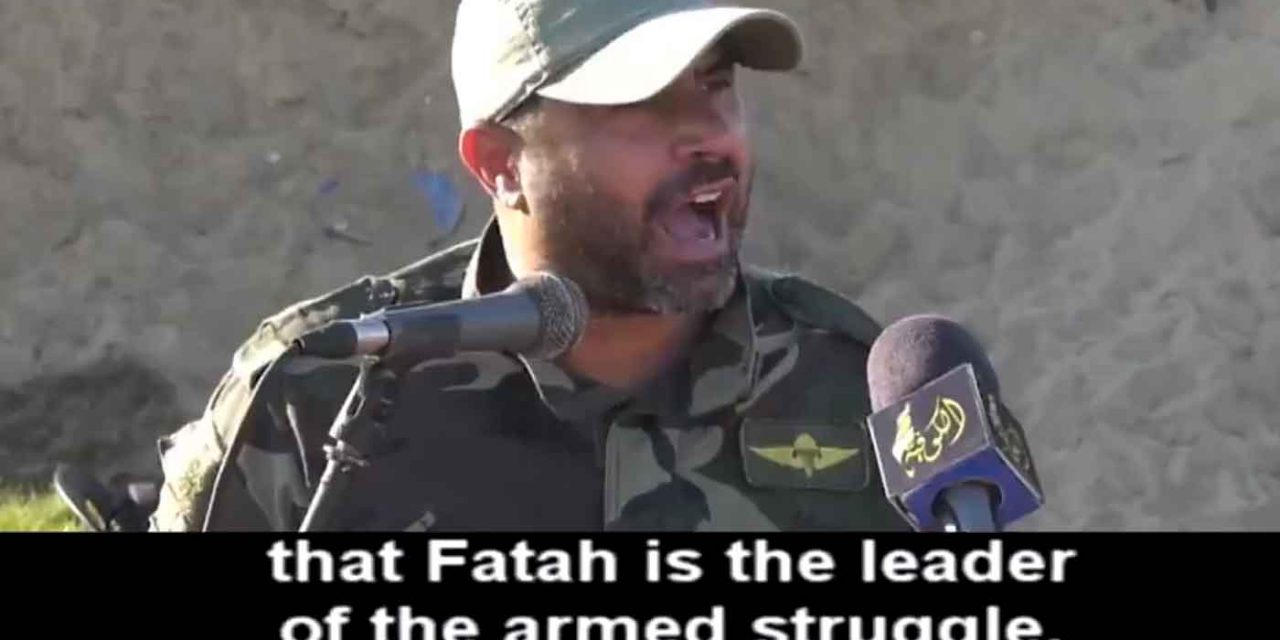 A commander within Mahmoud Abbas’ Fatah terrorist organisation claims that they, not Hamas, are the leaders of Palestinian “armed struggle” (terrorism) against Israel.

In a video posted by MEMRI, Abu Ahmad, the Commander of the Nidal Al-Amoudi Battalion, tells those graduating, “To hell with all those who conspire and all those who surrender. They forget – or they pretend to forget – that Fatah is the leader of the armed struggle. It is the leader of martyrdom-seekers. It (fired) the first bullet and it (threw) the first stone. This is Fatah.”

Commander of Gaza-Based Fatah Splinter Group: Fatah Is the Leader of the Armed Struggle pic.twitter.com/ABBhc3ajRQ

The Fatah Al-Aqsa Brigade are regarded as a “splinter group” of the Fatah movement, but what they say seems to line up with Mahmoud Abbas, the President of the Palestinian Authority and Israel’s supposed partner for peace (as Western politicians blindly call him).

In August, Palestinian President Mahmoud Abbas vowed the Palestinians “will enter Jerusalem” with “millions of fighters”.

In a video uploaded to Abbas’ Facebook page on August 10, and reported this week by the Middle East Media Research Institute [MEMRI], the Palestinian president stated that the Palestinian people “shall remain [here], and nobody can remove us from our homeland.”

Showing his anti-Semitism, he accused Jews of being foreigners to the land, thus denying the Jewish history in Israel.

“If they want, they themselves can leave. Those who are foreign to this land have no right to it,” he falsely claimed. “So we say to them: Every stone you have [used] to build on our land, and every house you have built on our land, is bound to be destroyed, Allah willing.”

The audience can then be heard chanting, “To Jerusalem we march, martyrs by the millions!”

He then vowed, “we will not allow them to deduct a single penny from their money. All the money will go back to them, because the martyrs, the wounded, and the prisoners are the most sacred things we have.”

The Palestinian Authority pays monthly salaries to Palestinian terrorists who murder Jews. This is an ongoing policy and based on Abbas’s statement above, something that will never end. This is why there can never be peace.