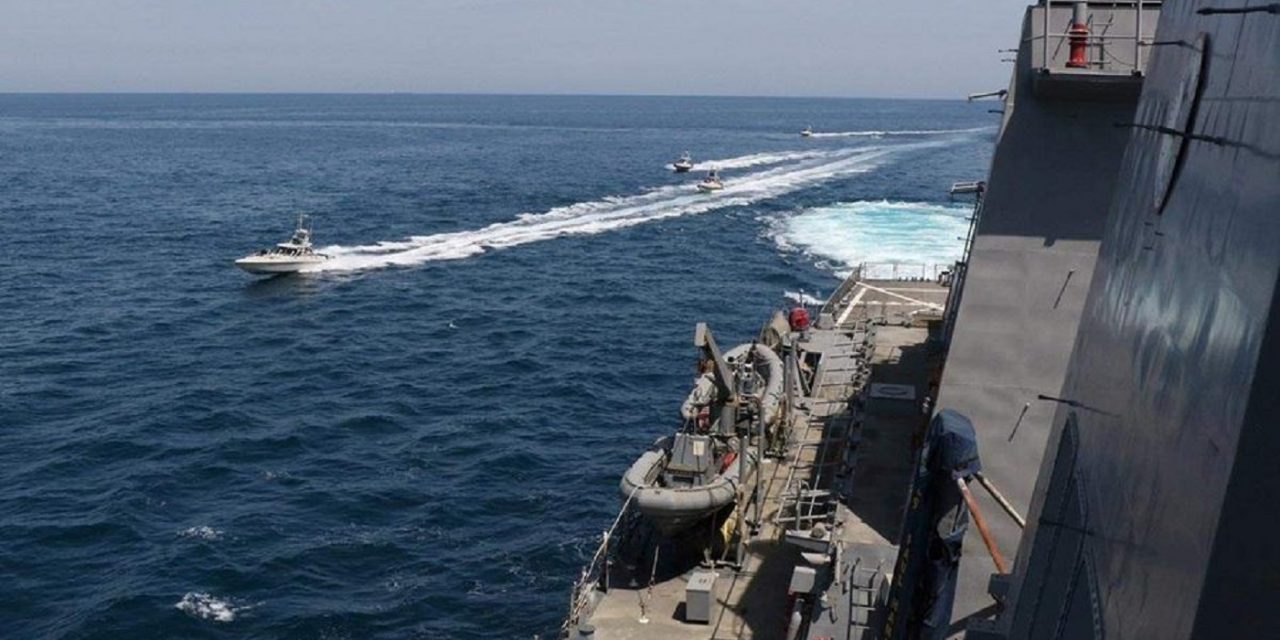 According to the statement, IRGCN vessels repeatedly “crossed the bows and sterns” of four Navy and two Coast Guard ships in the Persian Gulf as they were conducting joint operations with U.S. Army AH-64E Apache attack helicopters.

After an hour of ignoring multiple bridge-to-bridge radio and sound warnings did the Iranian ships finally back off.

“The IRGCN’s dangerous and provocative actions increased the risk of miscalculation and collision, and were not in accordance with the obligation under international law to act with due regard for the safety of other vessels in the area,” the Navy said.

When asked about the incident by Fox News, Secretary of State Mike Pompeo said he is “evaluating how best to respond and how best to communicate our displeasure with what took place.”

(3/3) Initial assessments indicate #IRGCN vessels' closest points of
approach were 50 yards from #USSLewisBPuller & 10 yards from @USCG #Maui. There were no injuries during the interaction.https://t.co/44iPiTuS0I pic.twitter.com/JAlk5N1i3P

Also on Wednesday, a U.S. jet flying over the Mediterranean Sea was put in peril after a Russian SU-35 fighter jet came within 25 feet of it.

A Russian SU-35 fighter jet performed a “high-speed maneuver” for 42 minutes in front of its airborne U.S. Navy P-8A Poseidon, an anti-submarine and anti-surface warfare aircraft, the Navy’s 6th Fleet said in a statement.

“While the Russian aircraft was operating in international airspace, this interaction was irresponsible,” the Navy said. “We expect them to behave within international standards set to ensure safety and to prevent incidents.”

The Navy insists its aircraft did not provoke the Russian jet.