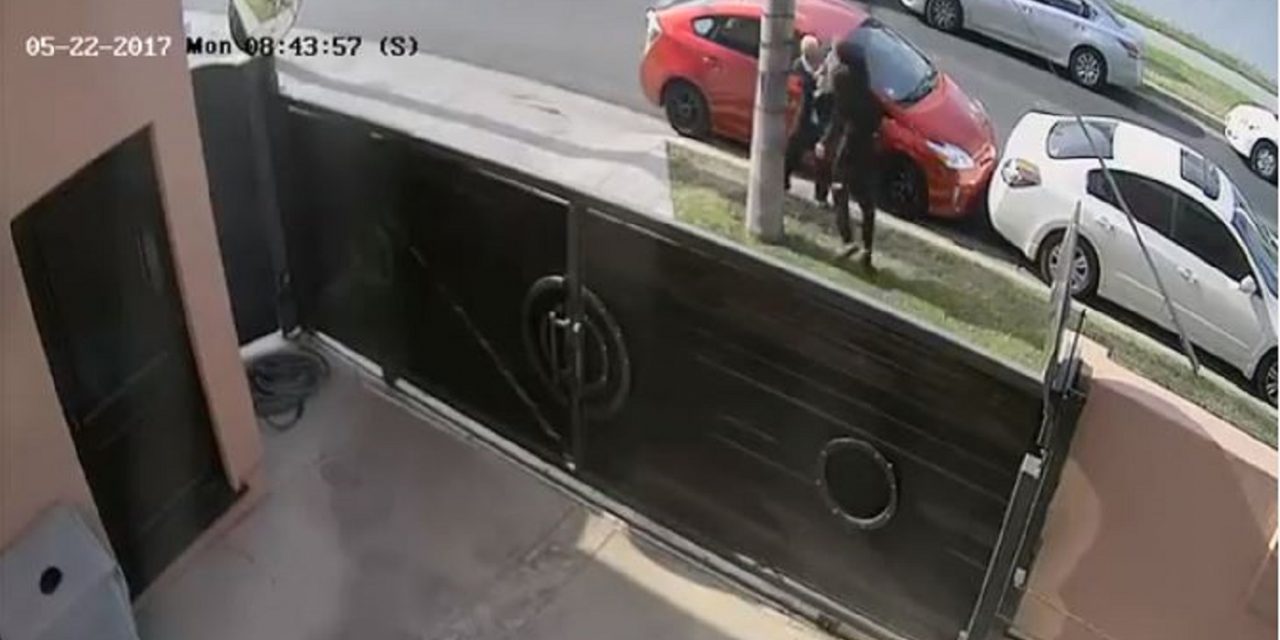 An Orthodox Jewish man en route to a Los Angeles synagogue for morning prayers was viciously beaten by an unknown assailant Monday morning.

Footage from a closed circuit camera shows the attacker pacing around the street at the site of the attack, then lunging at the victim as he walked down the street.

The attack reportedly took place near the Bais Yehuda synagogue at the corner of Oakwood and North La Brea Avenue in Los Angeles.

No details have yet been released on the condition of the victim or progress in the investigation into the attack.

Hate crime in Los Angeles, Orthodox Jewish victim is Beaten up badly on the way to pray in shul on the block of Detroit and Oakwood this morning. PLEASE share so this vicious perpetrator gets off the streets