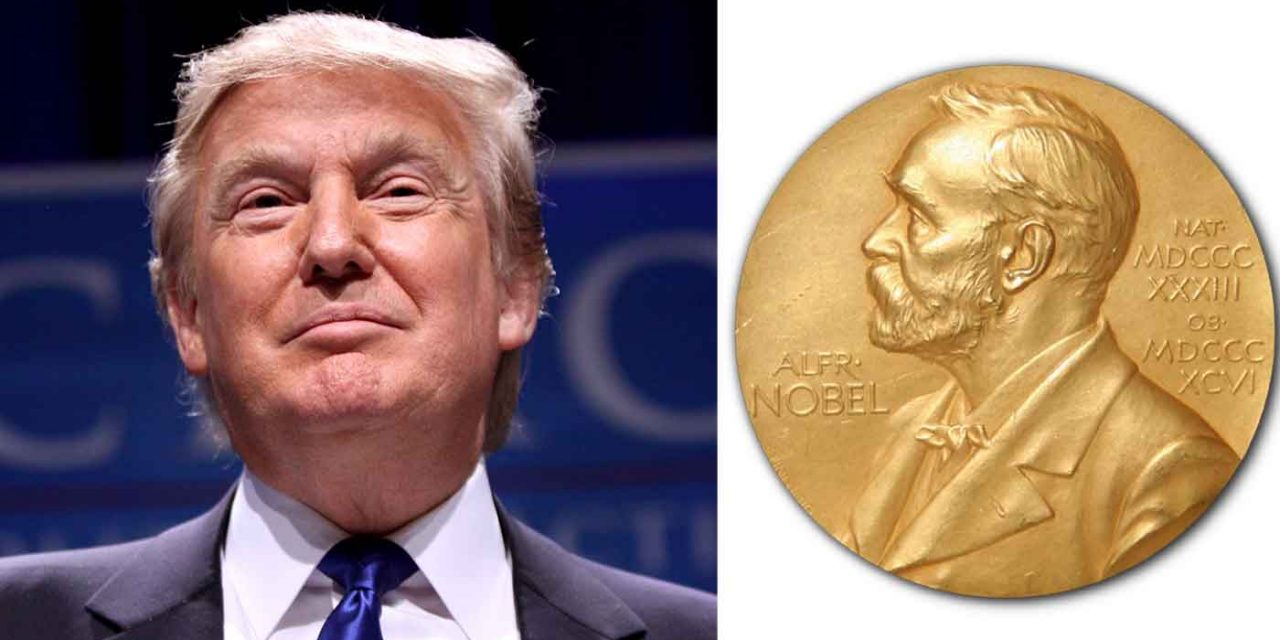 President Donald Trump has been nominated for the 2021 Nobel Peace Prize following his involvement in the historic peace deal between Israel and the United Arab Emirates.

He was nominated by Christian Tybring-Gjedde, a member of the Norwegian Parliament, who praised Trump for his efforts towards resolving conflicts worldwide.

‘For his merit, I think he has done more trying to create peace between nations than most other Peace Prize nominees,’ Tybring-Gjedde said to Fox News.

President Trump has been credited for his role in the peace deal between Israel and the United Arab Emirates which is the third Arab country to make peace with Israel following Egypt in 1979 and Jordan in 1994.

The Norwegian MP said that the President had met the three conditions needed to win the peace prize.

‘The first one is fellowship among nations and he has done that through negotiations,’ he said.

‘Reduction of standing armies – he has reduced the number of troops in the Middle East and the third criteria is promotion of peace congresses,’ he said, adding that Trump had made ‘tremendous efforts’ towards brokering peace.

Tybring-Gjedde, who is a member of the country’s conservative-leaning populist ‘Progress Party’, said he was not nominating Trump to win favour with the president.

‘I’m not a big Trump supporter,’ he insisted. ‘The committee should look at the facts and judge him on the facts – not on the way he behaves sometimes.

‘The people who have received the Peace Prize in recent years have done much less than Donald Trump. For example, Barack Obama did nothing.’

There was criticism in 2009 when President Barack Obama won the prize just nine months into his first term.

Four U.S. presidents have won the Nobel Peace Prize, which is determined by the five-person Nobel Committee, which is appointed by the Norwegian Parliament.

In addition to Barack Obama there was Theodore Roosevelt in 1906, President Woodrow Wilson in 1920 and President Jimmy Carter in 2002. The 2021 winner will not be announced until October next year.