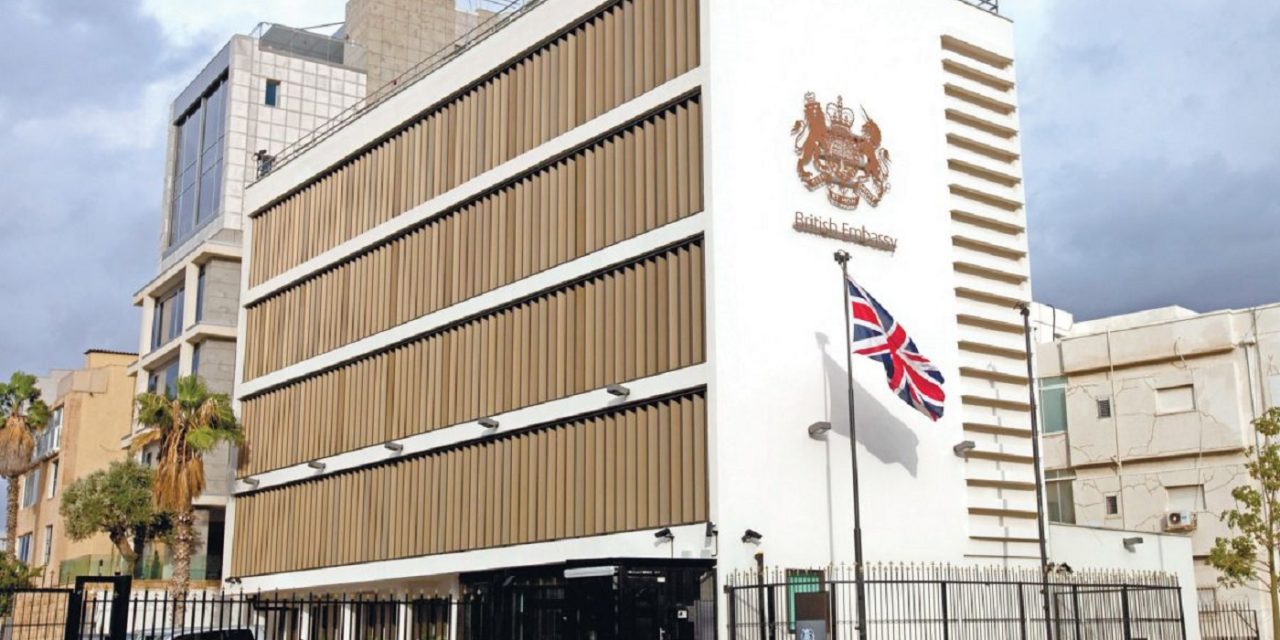 The UK has over 80 embassies in capital cities around the world, but not in Israel’s, despite having a consulate in Jerusalem that ONLY serves Palestinians.

Instead, the UK embassy is in Tel Aviv and according to correspondence with CUFI, the government is adamant that it will stay that way until the status of Jerusalem is resolved in a future peace settlement.

The problem with this is that so far the Palestinians have refused to acknowledge the Jewish connection to Jerusalem, let alone recognise it as Israel’s capital. Britain knows this and is simply “kicking the can down the road” or even trying to avoid the issue altogether. The reality is that it is unfathomable for the Jewish connection to Jerusalem to even be called into question.

The US decision to move its embassy in 2018 proves it is possible without significant diplomatic repercussions. Rather than wait for the Palestinians to finally accept Jewish sovereignty over Jerusalem as part of a peace agreement, the UK should act courageously and acknowledge this historic fact: Jerusalem is the capital of Israel.

One could give the UK benefit of the doubt and appreciate it is trying to be politically neutral concerning Jerusalem. But this would be generous. In reality the UK is acting discriminately towards Israel.

Britain refuses to locate its embassy in Jerusalem, despite the fact that Israel’s parliament and government are located in Jerusalem, the usual criteria for UK embassies in other capital cities around the world. The UK government recognises the legitimacy of the State of Israel yet denies Israel the right of self-determining its capital. No other sovereign nation would accept being told where it should designate ts capital.

But it gets worse.

The Foreign Office continues to say that Britain has an Embassy in Tel Aviv and a Consul in Jerusalem, however its website clearly distinguishes between the different functions of the two offices.

The British Embassy in Tel Aviv deals with “political, commercial, security and economic questions of interest to the UK and Israel”.

Whereas the Consulate-General in Jerusalem works on the “political, commercial, security and economic interests between the UK and the Palestinian Territories.”

If the UK is trying to be non-discriminatory, then they really only have two choices: Move their representatives to the Palestinians to the PA’s largest city, Ramallah, or move the Embassy to Israel to Israel’s capital, Jerusalem.

The reality is that Jerusalem is already the capital of Israel. It has been the capital for the Jewish people for over 3,000 years and for the State of Israel for over 74 years. It is where Israel has chosen to place its government and parliament and where British government ministers gather on official visits. And, as Israel’s capital, it is the only capital city in the Middle East where all peoples can live with full religious freedom under Israeli law.

Please take a moment to make your voice heard by joining our campaign calling for Britain to recognise Jerusalem. Go to www.cufi.org.uk/Jerusalem

If I forget you, O Jerusalem,
Let my right hand forget its skill!
Psalm 137:5