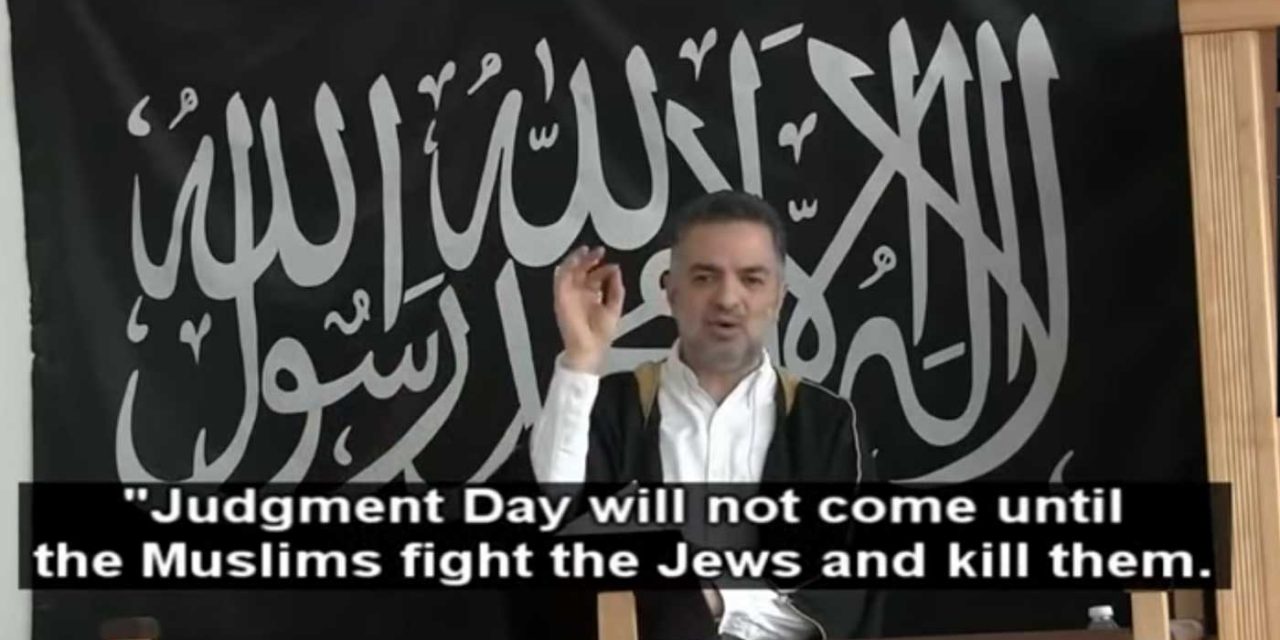 Imam Mundhir Abdallah, of the Masjid Al-Faruq mosque in Copenhagen, has spouted anti-Semitic hatred towards the Jews as well as called for the conquest of Europe by Muslims.

Abdallah, speaking on a video first released in 2017, but has now been made public through MEMRI, said to his followers that the Jews “are hastening their own annihilation by their rampaging, their filth, and their vileness, which reflect the immutable nature of the Jews.” He added he was “not a racist” but that this “has to do with the Jewish character and psyche, with that sick Jewish mentality.”

“The final solution to the problem of the Levant – after the establishment of the Caliphate and the elimination of the Jewish entity – will be through the conquest of Europe.”

“Europe must be invaded again,” he said, calling for a new Islamic conquest of Al-Andalus, the Balkans, and Rome, in order to fulfil the promise of the Prophet Muhammad.

“The Mediterranean Sea In Its Entirety, With All Its Shores And Coasts, Must Become Purely Islamic – Thus Fulfilling The Promise Of The Prophet Muhammad About The Conquest Of Rome,” Abdallah said.

This latest video is the second in a series of anti-Semitic videos by the Imam Last week a video was brought to light where he quoted the Koran to call for the murder of Jews as well as for the destruction of Israel.

“Judgement Day will not come until the Muslims fight the Jews and kill them,” Abdallah said in a Facebook and YouTube video post in March, according to MEMRI.

Imam Mundhir Abdallah is currently being investigated for hate speech. This is the first time charges have been brought against an imam in Denmark under a new criminal code.

Despite the evidence above showing his vile hatred, Abdallah has always maintained his innocence, saying in one of the videos, “Politicians in the West and the media never stop attacking Islam and Muslims. Their propaganda never stops. Muslims are the real victims, not others.”