Czech and Slovak FMs in Israel: ‘Israel needs to be reminded it has friends in the world’ 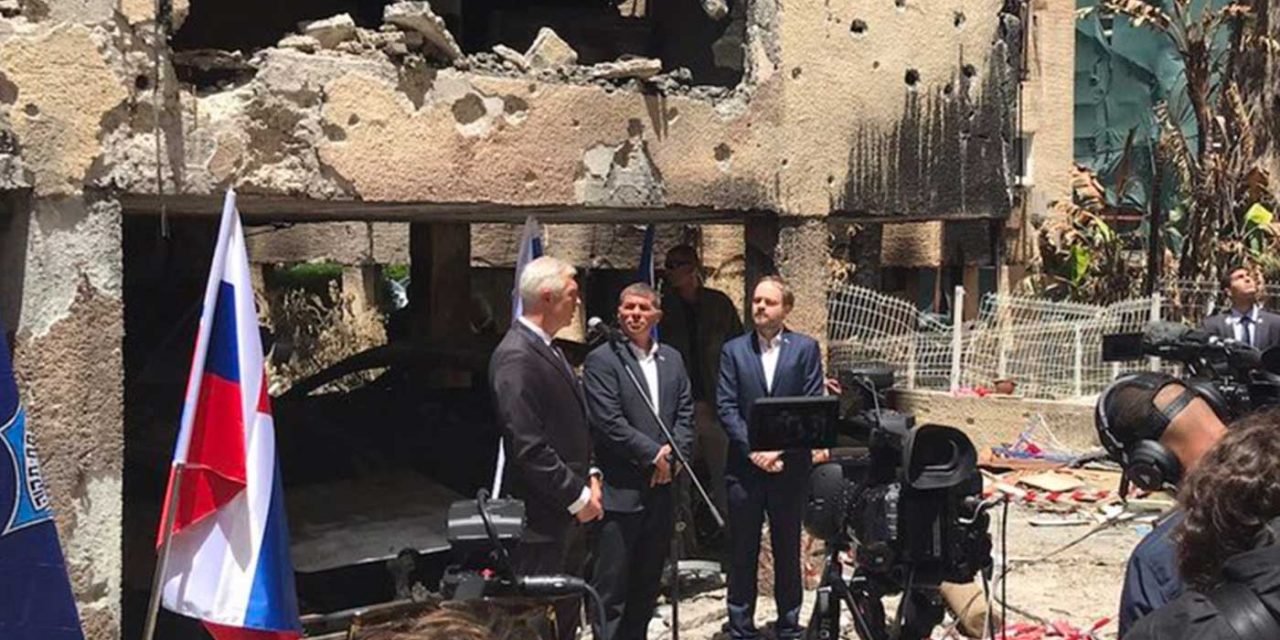 The Foreign Ministers of the Czech Republic and Slovakia visited Israel on Thursday to see first-hand the damage caused by Hamas terrorism in Israel with the pair expressing support for Israel’s right to defend itself against such terrorism.

Thank you @IvanKorcok for standing with Israel at this time and recognizing our right to defend the citizens of #Israel.

The Slovak Republic’s Foreign minister Ivan Korcok tweeted while boarding the flight to Tel Aviv: “While we recognise Israel’s right to protect its citizens against attacks of Hamas & other militant groups, Slovakia wants to contribute through active diplomacy to de-escalation in order to avoid further innocent victims.

Following meetings with Israeli officials on the current situation, Korcok spoke to the press from the rubble of an Israeli building hit by a Hamas rocket, saying, “for Israel, there is no other option but to protect itself against cowardly attacks and rockets from Hamas. This must be stopped.”

Thank you #Czech Foreign Minister @JakubKulhanek for your support of Israel's right to defend its citizens.
I appreciate your visit here, and your visit to see a building that took a direct hit from a #Hamas rocket. pic.twitter.com/tsdZYHOyg7

The Foreign Minister for the Czech Republic Jakub Kulhanek expressed his surprise at the damage caused by Hamas. “I must say that I am quite speechless having witnessed first-hand the sheer destruction and terror Israel is facing,” he said.

Kulhanek added that he was honoured to be invited to Israel and immediately accepted the opportunity to show his support for the Jewish state, adding, “I think in these trying times Israel, more than ever, needs to be reminded that it has friends in the world.”