CUFI has welcomed the decision by the UK, France and Germany to trigger the dispute resolution mechanism (DRM) that rightly highlights Iran’s repeated breaches of the Joint Comprehensive Plan of Action (JCPoA).

CUFI UK Executive Director, Des Starritt, also welcomed comments on Tuesday by Prime Minister Boris Johnson during a BBC interview in which Mr Johnson said, “If we are going to get rid of it [JCPoA] let’s replace it, let’s replace it with the Trump deal.”

“The important decision by the UK, France and Germany to trigger the dispute resolution mechanism sends a clear message to the Iranian regime that its multiple breaches of the deal will not be tolerated,” says Starritt, “We hope that this will be the first step towards the UK and its European allies taking a stronger approach towards the Iranian regime, which has shown no evidence of reform since the deal was made in 2015.”

“Ultimately this is about stopping Iran from developing nuclear weapons and preventing the billions of dollars that have been poured into their economy from being misused to fund terrorism throughout the Middle East. Boris Johnson’s comments in his interview on BBC Breakfast suggest that the Prime Minister is open to supporting a US initiative in dealing with Iran – a possible dramatic shift from the previous UK and European position that has ignored the flaws of the deal for too long.” 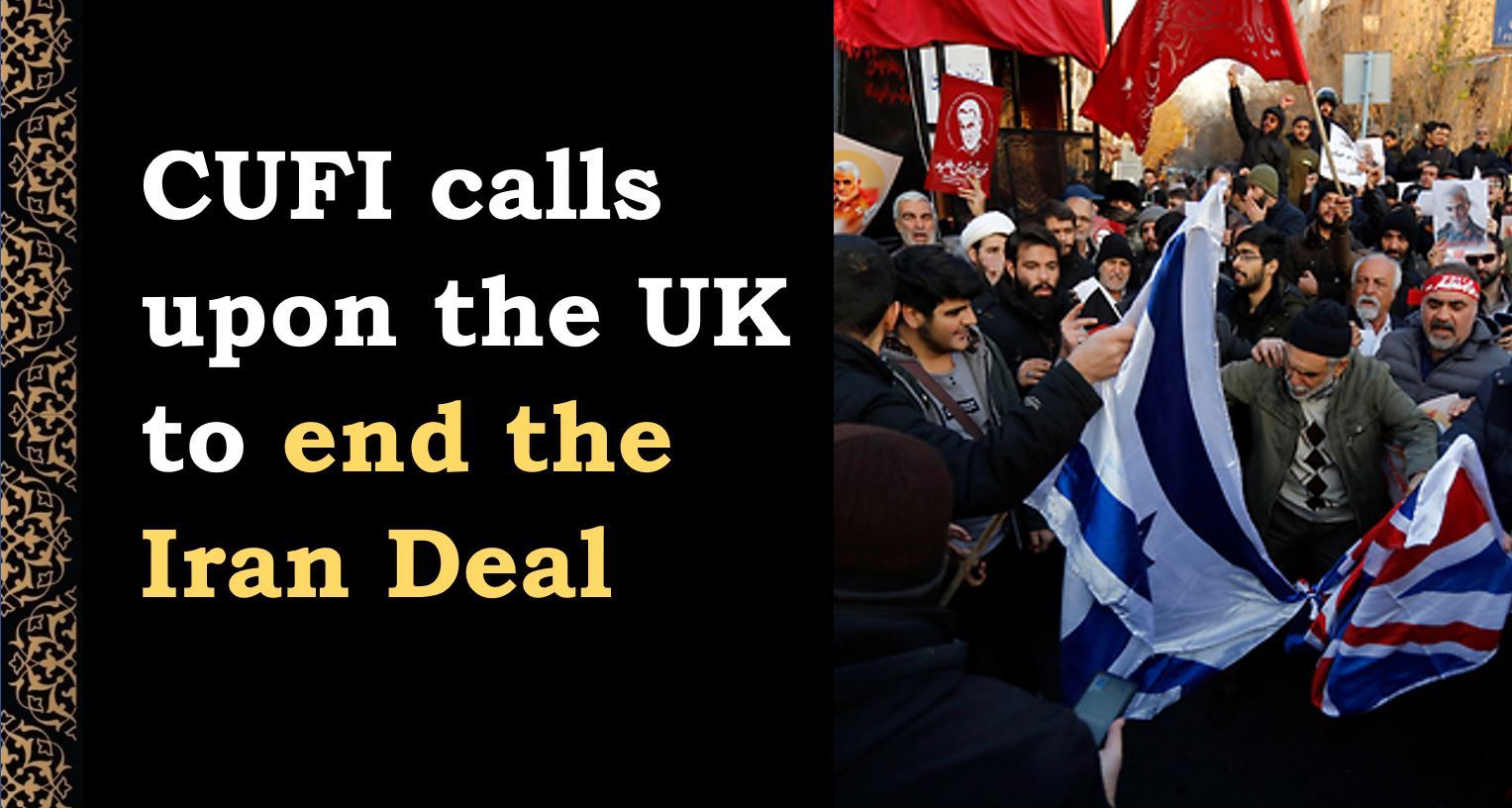