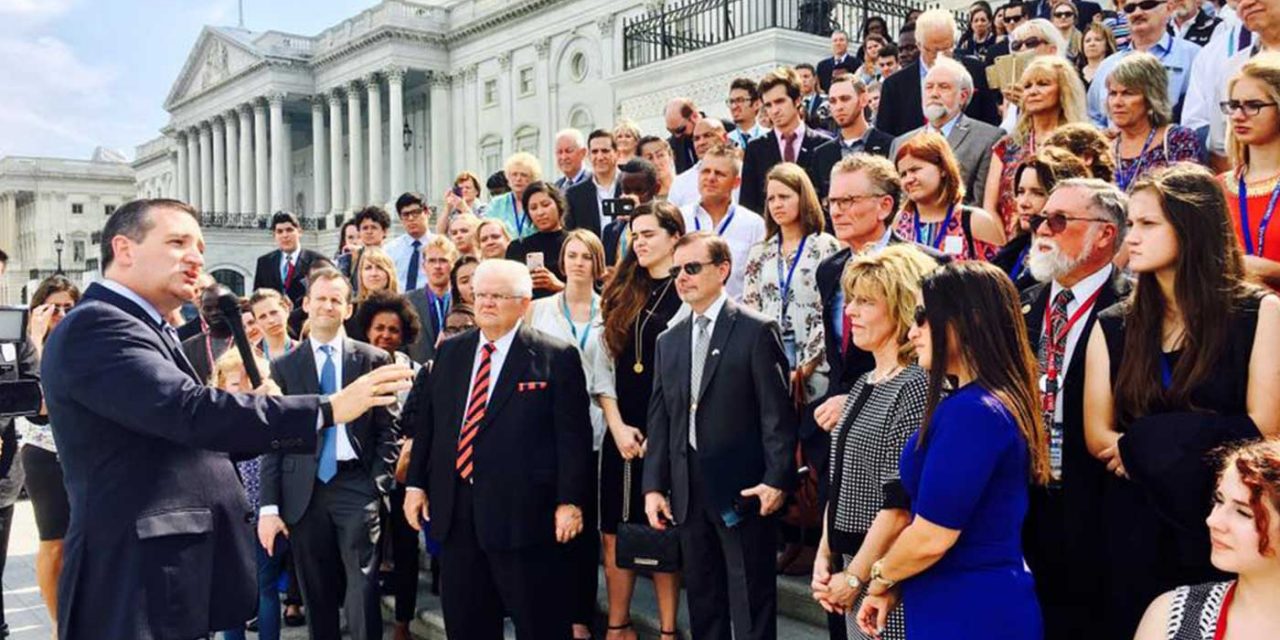 Christians United for Israel is pushing the House of Representatives and the Senate to pass the Taylor Force Act, a bill that see US funding to the Palestinians cut until they stop funding terror.

This week CUFI put added pressure on the government when more than 5,000 CUFI members met with their state representatives in Washington urging them to support the bill as Israel’s Ambassador to the US said Israel supported the motion.

CUFI believes that no taxpayer money from the United States (or the United Kingdom for that matter) should go to funding organisations that support terror.

The United States currently gives the PA nearly $500 million in annual aid. The legislation would allow only the portion designated for security assistance — roughly $60 million — to remain in place.

Just this week, thousands of attendees at the Christians United For Israel Washington Summit blanketed Capitol Hill, meeting with members of Congress. CUFI members discussed many issues with their elected officials, including the Taylor Force Act. Both the House of Representatives and the Senate are considering versions of the bill which is named after Taylor Force, an American student who was killed in a Palestinian stabbing attack in Tel Aviv in 2016.

Israel’s Ambassador to the US Ron Dermer, speaking at the CUFI Washington Summit gave his support for the bill and said that Israel also wanted to see it pass.

“Israel believes that the United States should end economic assistance to any government that pays people to kill Jews,” he told a crowd. “Period.”

Rebuffing reports that said Israel feared the legislation passing out of concern it would disrupt Israeli-Palestinian security coordination and West Bank stability, Dermer took a page out of US President Donald Trump’s rhetorical playbook, referring to those stories as “fake news.”

“Fake news always ignores the poison that has been taught, preached, and broadcast to a generation of young Palestinians since the Oslo Accords were signed 25 years ago,” he said. “Fake news refuses to expose the Palestinian glorification of terrorists, the naming of public squares after mass-murderers, and the ghoulish practice of the Palestinian Authority paying a lifetime salary to terrorists who murder Jews.”

“Now that members of Congress … are actually trying to do something about this ghoulish practice by passing the Taylor Force Act, the purveyors of fake news don’t quit,” he said. “Just three days ago, this was the fake news headline of a Reuters story: ‘Israel frets over Congress push to slash Palestinian aid over terror payments.’”

That is why the Taylor Force Act is such a high priority for Christians United, aid should not go to governments that pay terrorists to murder Israelis or, in the case of Taylor Force, Americans.

We are pleased to report that 10 more House members signed on as co-sponsors of the Taylor Force Act this week!  There are now 84 co-sponsors in the House of Representatives and 15 in the Senate.

Christians United For Israel Action Fund urges all members of Congress to co-sponsor and support this common sense legislation.