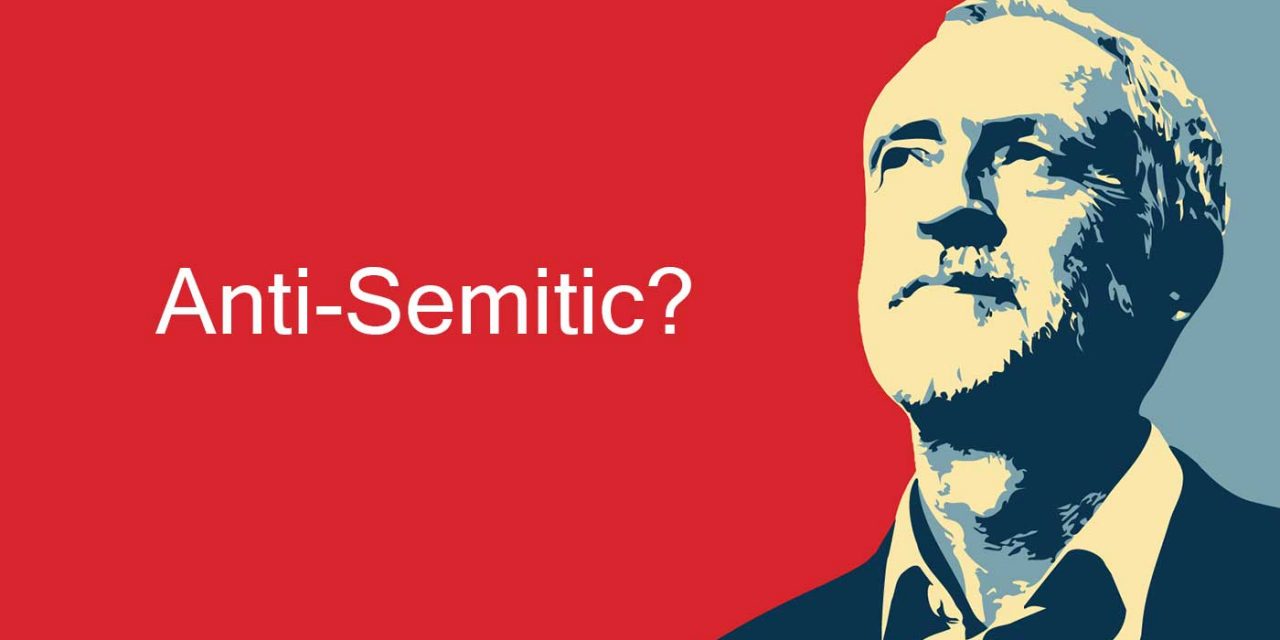 The list looked only at incidents which took place in 2018, so they did not include all of his past associations with terrorists, laying of wreaths at terrorist graves or other highly questionable actions by the Labour leader. And you will note that this is not the first time Corbyn has “shared a platform with anti-Semites”.

Here is what the Simon Wiesenthal Center said about Corbyn’s actions in 2018:

“Allegations of anti-Semitism on the part of key members and officials of the UK’s Labour Party officials have piled up in recent years, injecting the world’s oldest hatred into the mainstream of society. Party leader Jeremy Corbyn stands directly responsible. In July, Britain’s three leading Jewish newspapers published a joint article warning of “the existential threat to Jewish life in this country that would be posed by a Corbyn government.” A poll conducted at the end of summer concluded that 40% of the Jewish community would consider leaving the U.K. if Labour took the election.

In April, Corbyn showed up for a “third night” Passover Seder that radical Jewish group “Jewdas” hosted. The group claims that Israel is, “a steaming pile of sewage, which needs to be properly disposed of.”

In the same month, Corbyn met with Jewish community leaders to discuss anti-Semitism in the Labour Party but refused to even accept the definition of anti-Semitism that the International Holocaust Remembrance Alliance (IHRA) has put forward. This includes libelous accusations against the Jewish state. Meanwhile, multiple photos of Corbyn embracing members of Middle East terrorist groups added to the fears of many Brits well beyond the Jewish community.”

The Pittsburgh synagogue massacre topped the list, when Robert Bowers, a 46-year-old white supremacist, entered the Tree of Life Synagogue in Pittsburgh and shot to death eleven Jewish worshipers and wounded six others before being arrested by police.

Number two on the list was Nation of Islam leader, Louis Farrakhan, who compared Jews to termites and spoke about “satanic Jews” trying to control the world. The report accused Farrakhan of using Nazi-era propaganda. Farrakhan, who is an American, was also filmed in Iran leading a crowd chanting “Death to America” and “Death to Israel”.

College Campuses in America completed the top three with the number of anti-Semitic incidents increasing. Sadly, much of the anti-Semitism came following the Pittsburgh synagogue massacre, where far-right students appear to have been galvanised to spread more anti-Semitic hatred. There were swastikas painted dormitories, flyers blaming Jews for various conspiracies and Social Media was used by pro-Palestinian activists to spread hatred about Jews, with comments like, “Let’s stuff some Jews in the ovens” and “every time I read about Hitler, I fall in love again.”

Other organisations and people who made the top ten included UNRWA, Airbnb and Pink Floyd frontman Roger Waters.