Honduras to pursue plan towards moving embassy to Jerusalem 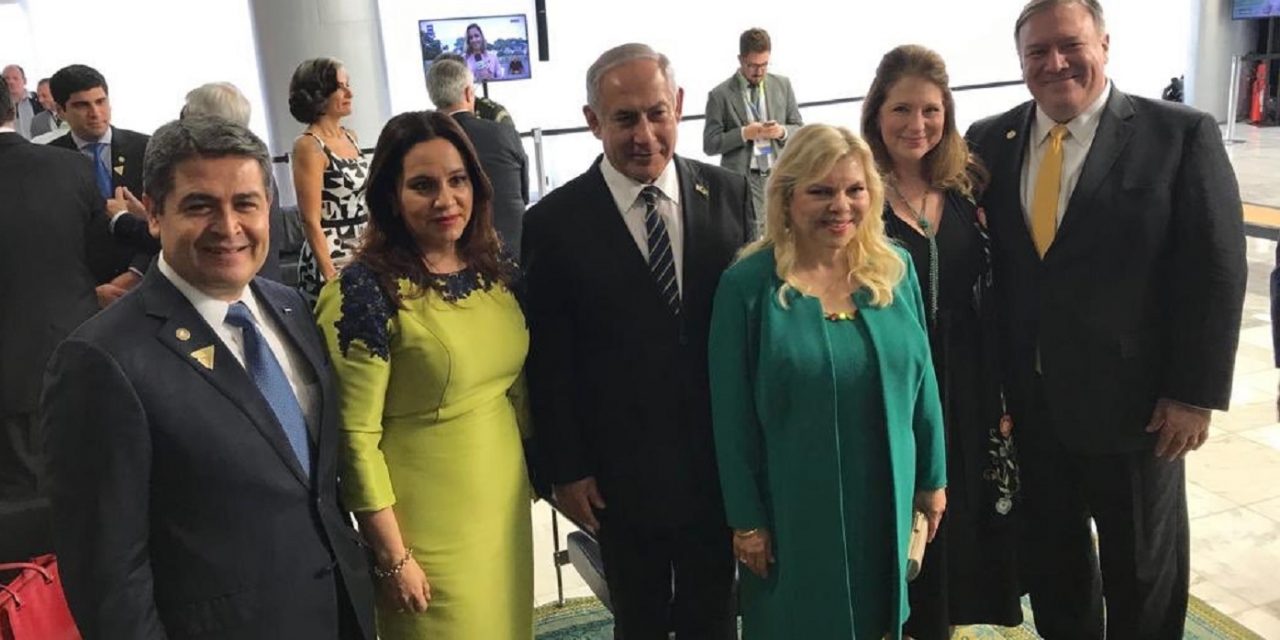 The three met Tuesday in Brasilia, where they attended the inauguration of Brazil’s new president, Jair Bolsonaro, and also discussed upgrading Israel’s consulate in Tegucigalpa to a full embassy.

The countries “agreed to pursue a plan of action, which includes meetings in their three respective capital cities,” a joint statement released by the U.S. State Department read, and to “strengthen political relations and coordinate development cooperation in Honduras.”

“The U.S., Israel and Honduras are uniting as strategic allies, committed to the development and security of their peoples,” Hernandez tweeted. “The alliance will bring great results and positively impact the Honduran people.”

On Tuesday, Netanyahu ended a historic five-day trip to Brazil, the first for a sitting Israeli prime minister. Both Netanyahu and Bolsonaro described the Brazilian embassy transfer from Tel Aviv as “a matter of when, not if.”

Guatemala moved its embassy to Jerusalem just two days after the U.S. opened its offices in May. Earlier this year, Paraguay also announced plans to move its embassy, but reversed the decision months later.