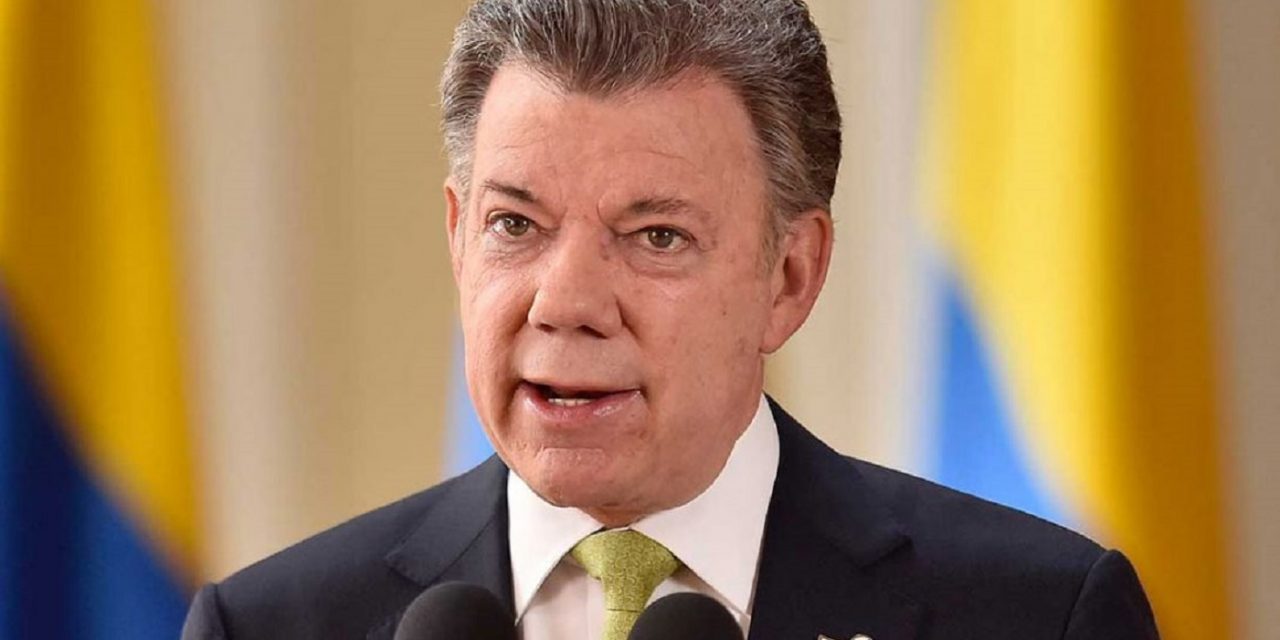 The out-going Colombian president has used his final days in office to recognise Palestinian statehood.

“Just as the Palestinian people have a right to constitute an independent state, Israel has a right to live in peace alongside its neighbours,” the letter said.

“We are surprised about the report in the media and are waiting to receive explanations from the new government, which is looking into the matter.”

Duque, who hails from the centrist Democratic Center Party, has previously said that he wants to improve his country’s relationship with Israel and even considered moving his country’s embassy to Jerusalem earlier this year.

Duque’s administration said that they would study the last-minute decision by Santos.

“Given possible omissions that could come to light about the way in which this decision was taken by the outgoing president, the government will cautiously examine its implications and will act according to international law,” Foreign Minister Carlos Holmes said in a statement.

The American Jewish Committee said that it was “dismayed” by Colombia’s recognition of Palestinian statehood.

“This gratuitous gesture, which does not advance peace one iota, is simply stunning for a Colombian leader who expanded ties to Israel, and the U.S., and is a Nobel Peace Laureate,” said AJC CEO David Harris.

“A Palestinian state can only be achieved through direct negotiations with Israel. That Santos chose to give the gift of recognition at a time when PA President Abbas has totally abandoned the peace process, the West Bank and Gaza are under different leaderships, and Hamas again is aggressively threatening Israel with violence, is deeply troubling, not to say inexplicable.”