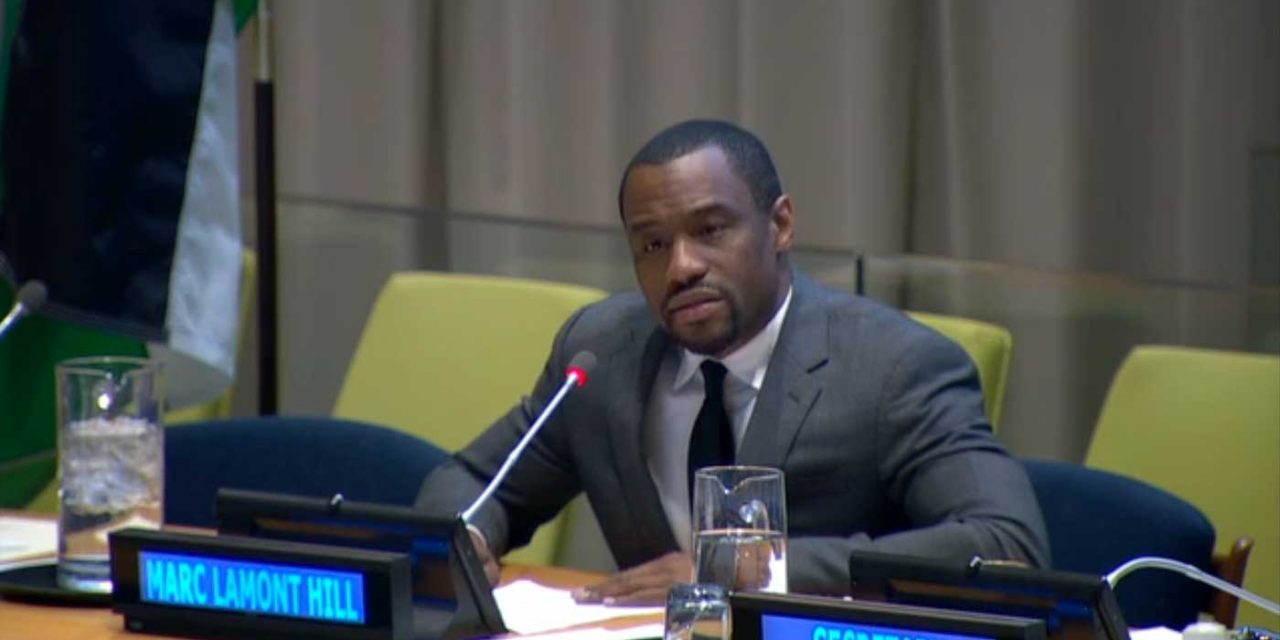 CNN has fired Marc Lamont Hill, a regular commentator with the broadcaster after he made a speech on Israel at the United Nations which included justifying Palestinian terrorism and calling for the destruction of the world’s only Jewish State. What’s most shocking about this incident is that CNN chose to fire him, whilst the United Nations welcomed him and gave his speech a rapturous round of applause.

Speaking at the opening session of the UN’s International Day of Solidarity with the Palestinian People, Hill denounced Israel, endorsed Palestinian Arab terror and called for a boycott of Israel while saying that “justice requires a free Palestine from the river to sea.”

This is a common phrase that calls for the world’s only Jewish state to be no more, and instead to replace it with “Palestine”. When Hill used the phrase in question, the crowd erupted in applause.

Hill’s speech was described as an ‘especially obscene UN moment that reveals the true nature of the anti-Israel and anti-Jewish animus of the modern United Nations,’ by Anne Bayefsky, director of the Touro Institute on Human Rights and the Holocaust and president of Human Rights Voices.

‘Hill’s call at the United Nations for the destruction of the Jewish state was not some accident,’ Bayefsky added.

‘He didn’t misspeak. He was an invited guest. He was the only person invited to speak as “the” representative of “civil society.” When he ended his extraordinary tirade with “Give us a free Palestine from the river to the sea” his words were met by a round of applause. The only applause for any speaker.’

Watch the full speech below: