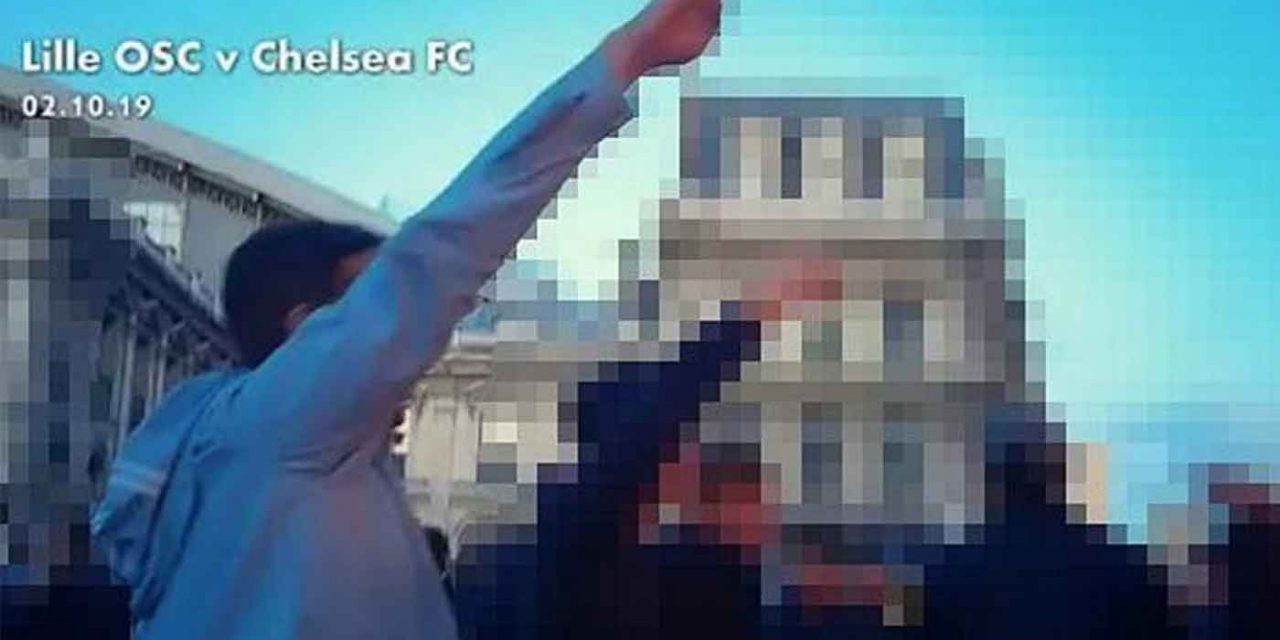 Chelsea football club has vowed to conduct a “full investigation” into anti-Semitism of its fans after a new BBC documentary revealed fans making Nazi salutes and singing antisemitic songs.

The documentary ‘Shame in the Game: Racism in Football’ was broadcast on BBC Three last week and showed anti-Semitism along with other types of racism and discrimination within football.

Another clip shows them singing about former Tottenham Hotspurs striker Martin Shivers: “Shivers was a Jew. The thing between his eyes was twice the normal size. Yiddo Yiddo Yiddo.”

In a statement, Chelsea said: “It is unclear to us at this point if Chelsea supporters are involved.

“However, should any individuals displaying discriminatory behaviour in the video be identified as season ticket holders or members of this club, we will take, and support, the strongest possible action against them, in line with our zero-tolerance approach to all forms of discrimination.

“Such behaviour does not in any way reflect the values of this club.”

In the past, Chelsea has banned fans due to anti-Semitism and even gone as far as offering those fans a trip to Auschwitz, to help them learn about the Holocaust and hopefully turn them away from their hatred.

The club’s owner, Roman Abramovich, who is an Israeli citizen, has taken steps to combat anti-Semitism within his own club. Last month he commissioned a mural to pay tribute to Jewish footballers who were sent to Nazi camps during the Second World War.

Chelsea was also one of the first few clubs to adopt the IHRA definition of antisemitism and before a match in 2018 they held a large banner in the centre of the stadium which said, “Say no to Anti-Semitism”.

Shame in the Game was broadcast on BBC Three and will be available on the BBC website on 12 February 2020 for a limited time.

The description of the episode as follows:

As incidents of football racism soar in the UK, players at every level of the game are calling for drastic action.

The football authorities claim great strides have been made in rooting out discrimination. But the statistics are damning. Last season saw a 66% rise in hate crimes at professional football matches in England and Wales.

With emotional interviews and shocking undercover footage of abuse, this film shows the scale of racism that still needs to be tackled. We hear from players at all levels of English football who have been at the heart of some of the most recent high-profile incidents.

The film shows the devastating impact that the abuse can have on the players and their families, and asks what can be done to stop this.