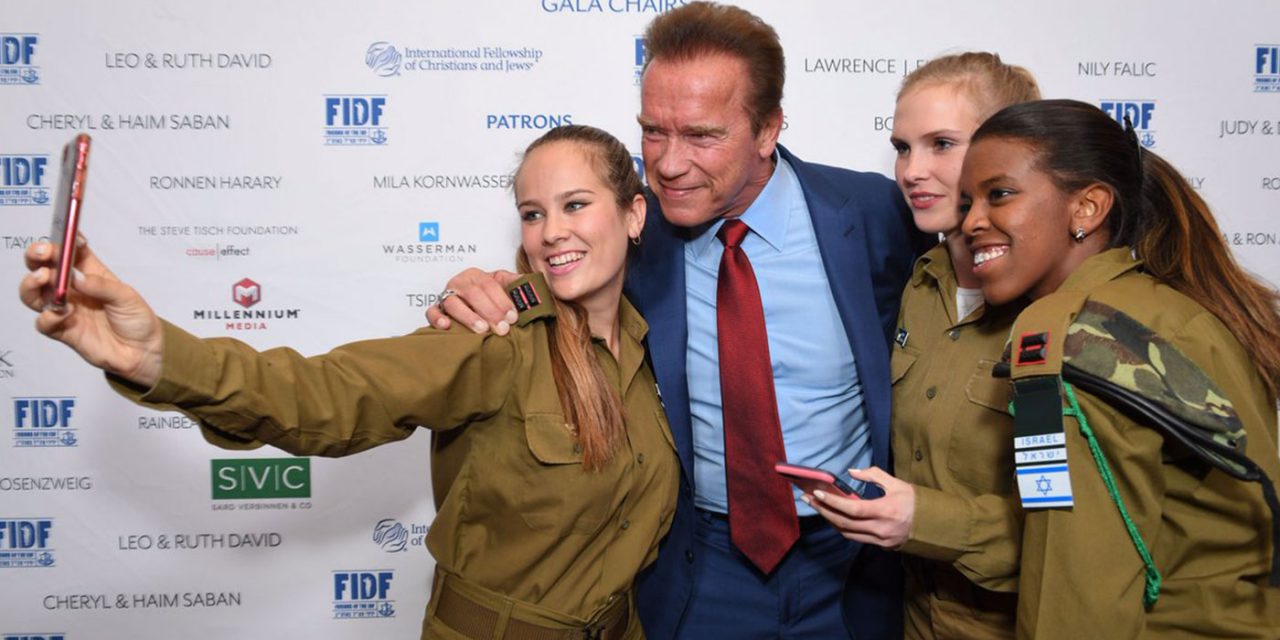 Around 1,200 people attended the gala on Thursday evening, including a number of dignitaries and prominent business figures as well as celebrities, including actors Arnold Schwarzeneggar and Gerard Butler along with musicians KISS frontman Gene Simmons and British musician Seal.

The largest single gift in FIDF’s history was announced at the event as $16.6 million from Oracle Co-Founder, Executive Chairman and Chief Technology Officer Larry Ellison. His donation will support the construction of well-being facilities on a new training campus for the IDF’s coed infantry units.

“For 2,000 years, we were a stateless people, but now we have a country we can call our own. Through all of the perilous times since Israel’s founding, we have called on the brave men and women of the IDF to defend our home. In my mind, there is no greater honour than supporting some of the bravest people in the world, and I thank FIDF for allowing us to celebrate and support these soldiers year after year. We should do all we can to show these heroic soldiers that they are not alone,” said Ellison.

The money raised goes towards various projects that help soldiers outside of combat, including academic scholarships for combat veterans, financial assistance for soldiers in need, support for Lone Soldiers (who have no family members) throughout their service and upon release, aid for wounded veterans and the families of fallen soldiers and the building of educational, cultural and recreational facilities.