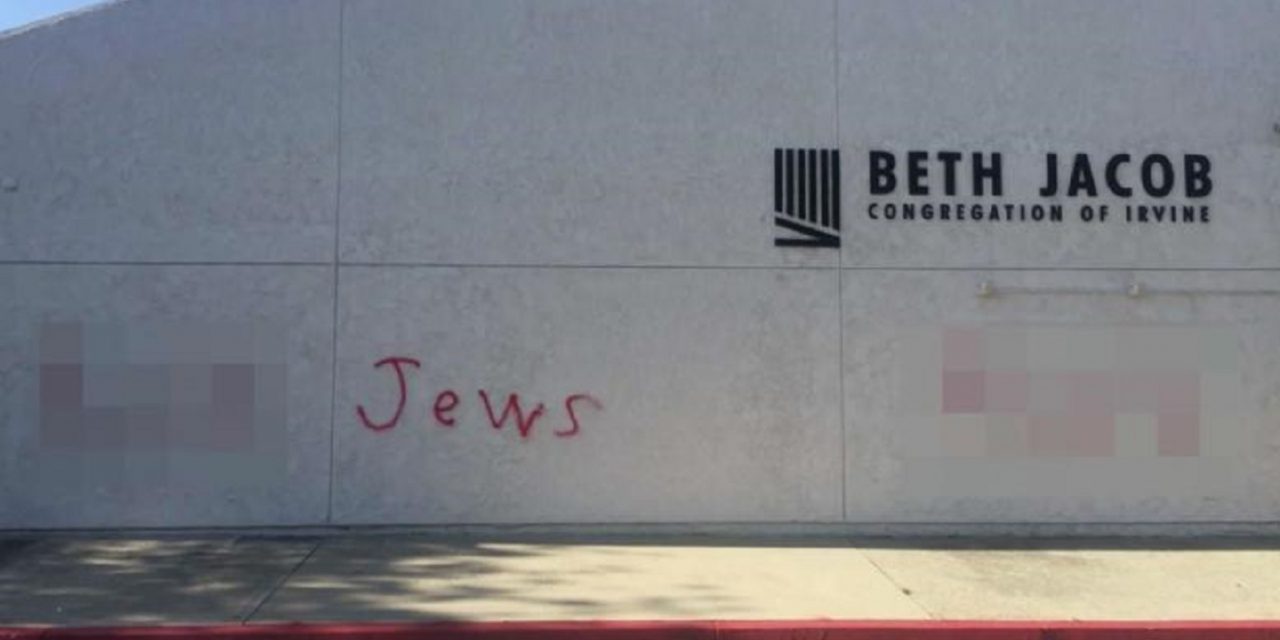 A synagogue in California was defaced with anti-Semitic graffiti, police said on Wednesday, in an attack that took place just days after 11 people were murdered at a Pittsburgh synagogue.

Allen Berezovsky, president of the board at Beth Jacob synagogue in Irvine, south of Los Angeles, said staff discovered the vandalism in early morning.

He told AFP the words “F*** Jews” and “Jews” were spray-painted on the white facade of the building.

Berezovsky said security footage showed an individual wearing a hoodie, sunglasses and a surgical facemask jumping over the fence of the synagogue around 1:18am and then leaving on a bicycle stolen at the premises.

“The Irvine Police Department and our own security have done a full sweep of the entire facility and nothing was found other than the graffiti,” he said in a statement to his congregation.

“We are continuing to do everything we can to make our campus more secure, and we will continue to promote the message that we are stronger than hate.”

Police spokeswoman Kim Mohr said the suspect has not been identified and patrols had been increased at all Jewish facilities throughout the city, located in Orange County.

“This is an unusual attack,” she told AFP. “It is not a normal thing to have this type of crime in Irvine.”