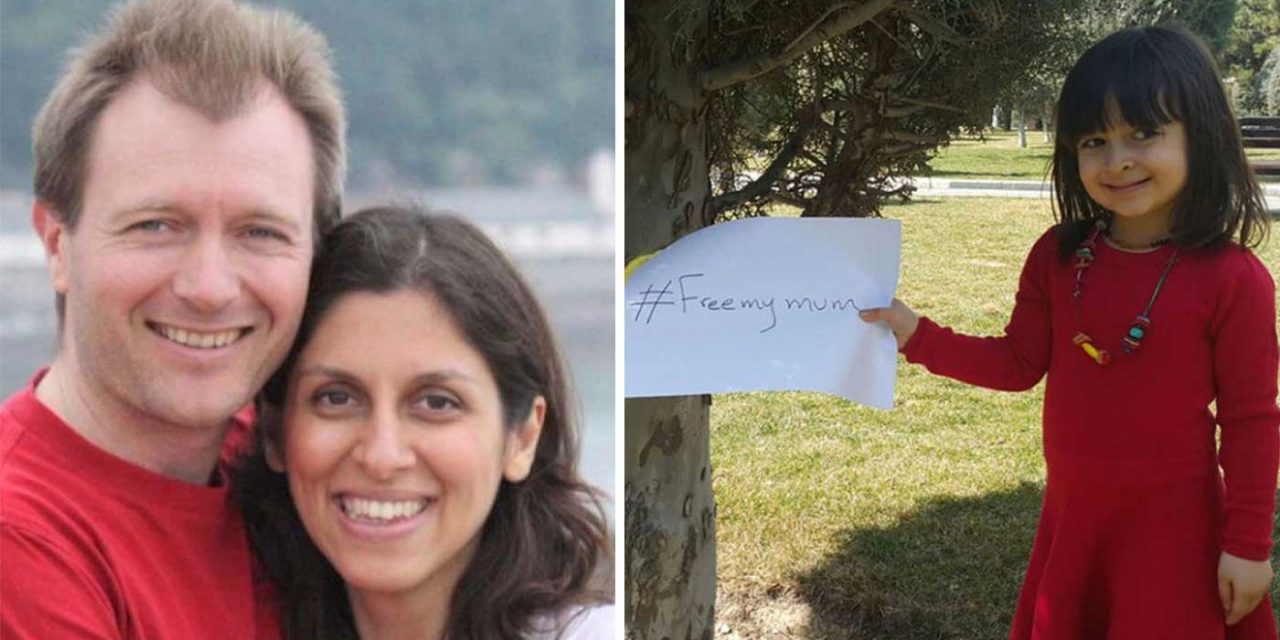 A British-Iranian charity worker serving a five year prison sentence in Iran has had fresh charges levelled against her which could mean she has 16 years added to her sentence. The news comes as Theresa May said the UK was “firmly committed” to the Iran nuclear deal.

Nazanin Zaghari-Ratcliffe, 38, has served 19 months of a five-year prison term. She was accused of plotting to topple the Iranian regime, a common charge levelled against dual citizen Iranians to prevent them leaving the country.

Nazanin was due to be able to appeal for an early release next month, but fresh charges were brought against her which block this and could increase her sentence by 16 years.

The latest charges allege that she joined organisations which specifically worked to overthrow the government.

Mr Ratcliffe said his wife had not been given access to a lawyer, while Iran also does not recognise her right to British consular assistance.

“It is not melodramatic to say what is happening to Nazanin is torture. Look at the impact on her. Justice must be done,” he said.

The charity worker has been subject to “inhumane treatment” which had already caused “irreparable damage” according to the head of the Thomson Reuters Foundation.

As well as Nazanin’s imprisonment, Gabriella Ratcliffe, the couple’s 3 year old daughter (who has British citizenship only) has had her British passport confiscated, and has been stranded in Iran with her grandparents for the past 19 months.

The Foreign and Commonwealth Office said it was seeking more information from the Iranian authorities and both the prime minister and foreign secretary had raised the case with Tehran and at the UN General Assembly.

A spokesman for the FCO said: “We continue to be concerned for the welfare for Mrs Zaghari-Ratcliffe and have repeatedly raised this with the Iranian authorities, urging them to provide all necessary medical assistance.

“We will continue to raise all our dual national detainees, including Mrs Zaghari-Ratcliffe’s case with the Iranian government at every available opportunity.”

While the Foreign Office talks to Iran, and is subsequently ignored by Iran, it was announced yesterday that the UK was “firmly committed” to upholding the Iran Nuclear Deal, which funnels billions of pounds into the Iranian regimes pockets in return for the false promise that Iran will not attempt to build nuclear weapons.

British Prime Minister Theresa May spoke with Israeli Prime Minister Benjamin Netanyahu on Monday morning where they are said to have discussed Iran.

A spokesperson for the Prime Minster’s office said, “They discussed Iran, with the Prime Minister noting the importance of the nuclear deal with Iran which has neutralised the possibility of the Iranians acquiring nuclear weapons for more than a decade.

“The Prime Minister said the UK remains firmly committed to the deal and that we believe it is vitally important for regional security.”

Mrs May told Mr Netanyahu it was “important that the deal is carefully monitored and properly enforced, and that both sides deliver on their commitments”.

President Donald Trump has called the landmark nuclear agreement in which Iran agreed to limit its nuclear programme in exchange for limited sanctions relief the “worst deal ever” and threatened to scrap it.

Mr Trump is expected to refuse to certify the deal to Congress by an October 15 deadline and initiate stronger moves against Iran.

A petition on Change.org has reached over 944,000 signatures calling on British authorities to secure Nazanin’s release. You can sign it here.