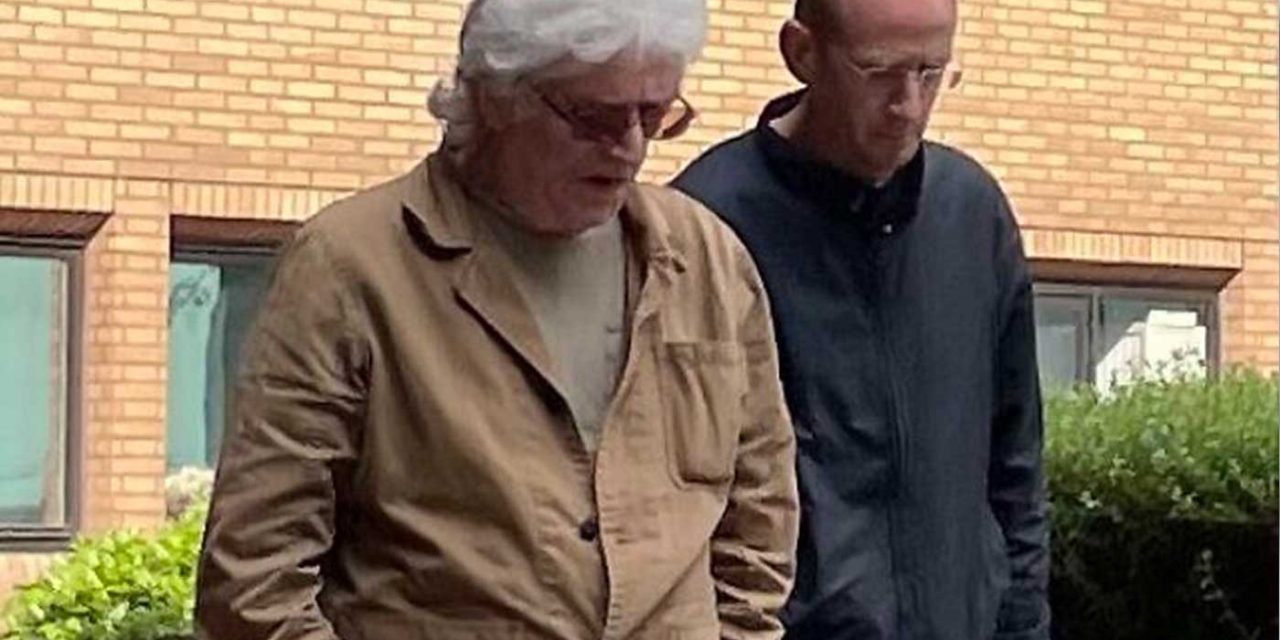 A British aristocrat has been found guilty of making anti-Semitic remarks towards the Jewish head of the Campaign Against Antisemitism organisation.

Piers Portman, 50, the second son of the late 9th Viscount Edward Portman, was found guilty of making the remarks in June 2018.

The incident took place after the trial of Alison Chabloz, a notorious Holocaust denier and anti-Semite who is currently serving time in prison for expressing her views.

Portman reportedly followed CAA head Gideon Falter out of the courtroom after he testified against Chabloz and confronted him. After initially extending a hand to Mr Falter, which Falter refused, Portman became “very enraged” and said, “I have written to you before. Come after me, you Jewish scum. Come and persecute me. Come and get me”.

Portman was apparently referring to a letter he sent to CAA where the aristocrat denounced his former wife’s divorce lawyer Baroness Fiona Shackleton calling her a “greedy, grasping and lying manipulator of the system that happens to be Jewish.” He also accused her of “playing the Talmud inspired ‘Tyrant posing as a victim.’”

Speaking in court, Portman claimed he attended Chabloz’s hearing to “learn more about my own circumstances” because he was being “persecuted by Jewish tyrants posing as victims”. He also said that he felt that the conviction of Ms Chabloz was “unfair”.

We are not sure if his anti-Semitic views came about because of the situation of his divorce or if these were deeply held views which his divorce brought out further, but it is clear Portman has a dangerous attitude towards the Jewish people. His apparent support for Alison Chabloz, who has been found guilty of anti-Semitic hate crimes, also adds to those concerns.

We are sure these things were taken into account when the jury at Southwark Crown Court, by a majority decision of ten out of twelve jurors, found Portman guilty of causing racially aggravated harassment, alarm and distress. Portman will be sentenced in October.

The judge warned he was “not ruling any sentence out”. The Crown Prosecution Service confirmed it will be seeking a hate crime sentence uplift, according to the Campaign Against Antisemitism.

Sati Dhadda, from the Crown Prosecution Service, said: “Antisemitism has no place in our society and will not be tolerated. Piers Portman’s conduct was disgraceful and utterly audacious in a courthouse. No one should be subjected to such abuse based on their race or religion.”

Gideon Falter, Chief Executive of Campaign Against Antisemitism, said: “This is a good result for British justice and British Jews. This despicable, unrepentant antisemite instructed his lawyer to tell the court that he is an honourable man being framed by lying Jews. The jury saw straight through Mr Portman, whose hatred of Jews speaks for itself. This verdict reaffirms my belief in the justice system of our country. It shows that even the wealthiest and most privileged cannot escape British justice and will face the consequences of their anti-Jewish racism.”