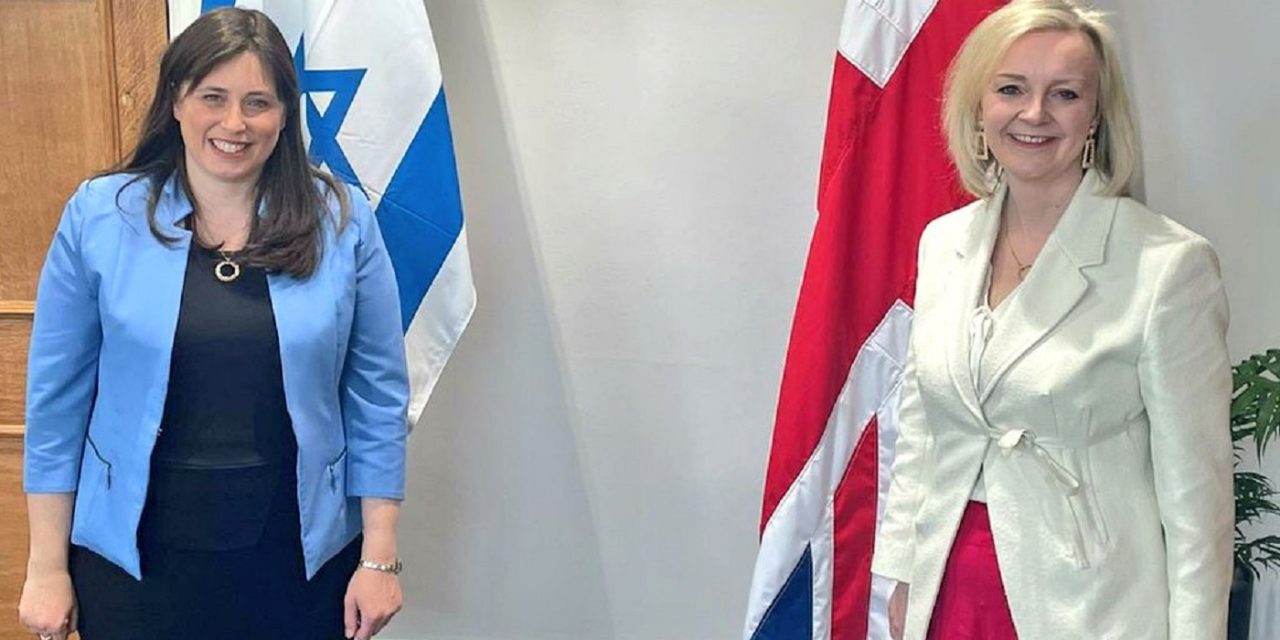 British Prime Minister Boris Johnson reshuffled his cabinet this week, which included the appointment of Liz Truss as Foreign Secretary.

The new Foreign Secretary, who replaces Dominic Raab, has an encouraging track record in relations with the Jewish state having led free trade talks with Israel in her previous role as international trade secretary.

In her new role, Truss faces a number of important diplomatic issues that will impact Israel, including the Iran nuclear talks and instability in Lebanon. Meanwhile, Britain’s relationship with the Gulf states will hope to build on the success of the Abraham Accords, a regional breakthrough one year ago this week (Her first diplomatic engagement this week saw Truss meet with the Crown Prince of UAE). And, of course, the challenging crisis in Afghanistan is still on-going.

Only last June, Truss travelled to Israel in her capacity as trade secretary hailing a “fantastic” meeting with Israeli minister Orna Barbivai ahead of an expected advanced free trade agreement between the two countries.

Truss said: “It was fantastic to meet the Trade and Economy Minister Orna Barbivai.

“As two democratic free trading nations, both with thriving technology industries, I’m looking forward to deepening the historic ties between the UK and Israel.

“Together we will work to remove barriers to trade between our two countries and work towards an advance free trade agreement that supports jobs and drives growth.”

Now as Foreign Secretary, let's hope Liz Truss builds on the Abraham Accords as the route to wider Middle East peace & steers UK away from the Iran deal which the EU remain intent on.

Let's follow the American's too and move the British Embassy to Jerusalem, Israel's capital!

Time will tell whether the new Foreign Secretary will be able to redirect Britain’s foreign policy towards Israel in matters such as the recognition of Jerusalem as Israel’s capital, defending Israel at the UN, a greater scrutiny of Palestinian funding and the uncompromising support for Israel’s right to protect itself against attacks.

But we pray that with Liz Truss at the helm, we will see Britain-Israel relations strengthening in the days ahead.

Dagger to the heart for @BDSmovement…..

In response to a question on trade between Israel & UK from @CGreenUK, Trade Minister @trussliz welcomes the appointment of @LordIanAustin (not sure Thornberry was as pleased) to his role & goes on to praise growing trade between the two pic.twitter.com/MJlnwl1fKY

We have signed a continuity FTA with Israel and we want to go further in a new free trade agreement in areas including tech, digital and data. @LordIanAustin 🇬🇧🇮🇱 pic.twitter.com/pbPTzOqdXh