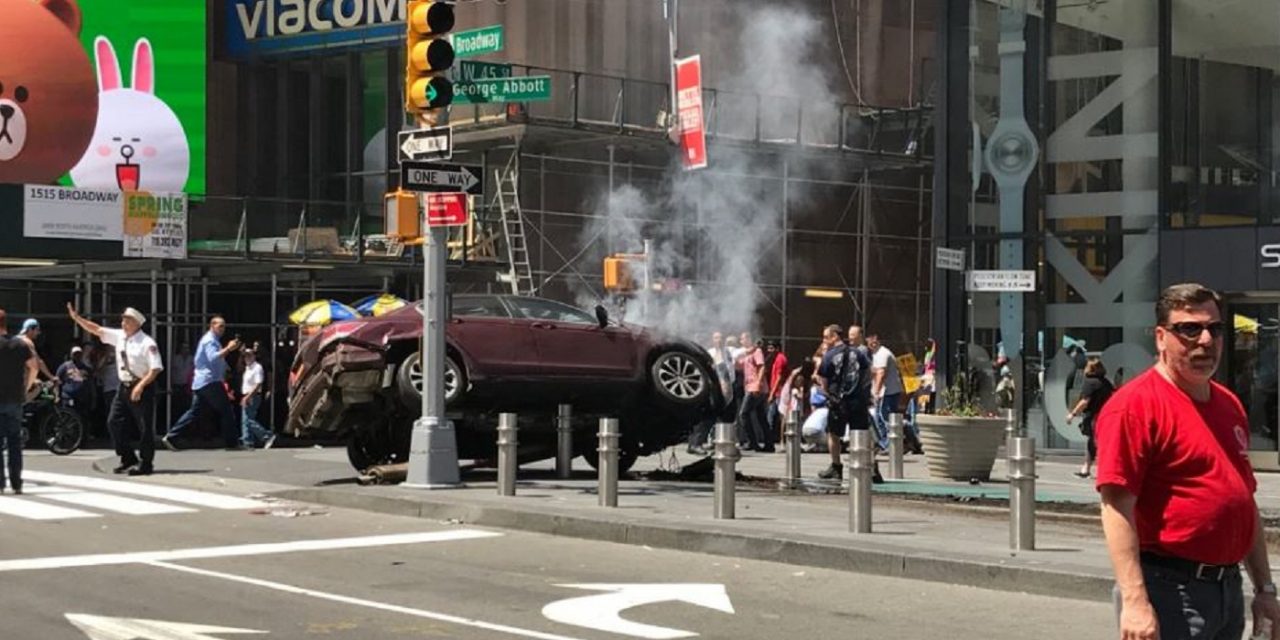 A car has hit pedestrians in Times Square, New York.

At least 13 people have been injured and one is reported to have died.

An injured pedestrian says the driver’s actions appeared to have been “intentional”.

Other witnesses said the vehicle drove against traffic and onto the pavement before striking the pedestrians.

NYPD has said the incdident was an accident. That the driver was known to police and has previous convictions of driving under the influence.

What's happening in Times Square?? This car was in the sidewalk and people are on the streets pic.twitter.com/PsepRtfrAr

#BREAKING: Multiple people have been struck by a vehicle in Times Square. https://t.co/tzrr2T4SJD pic.twitter.com/xjLBgYi0Oi