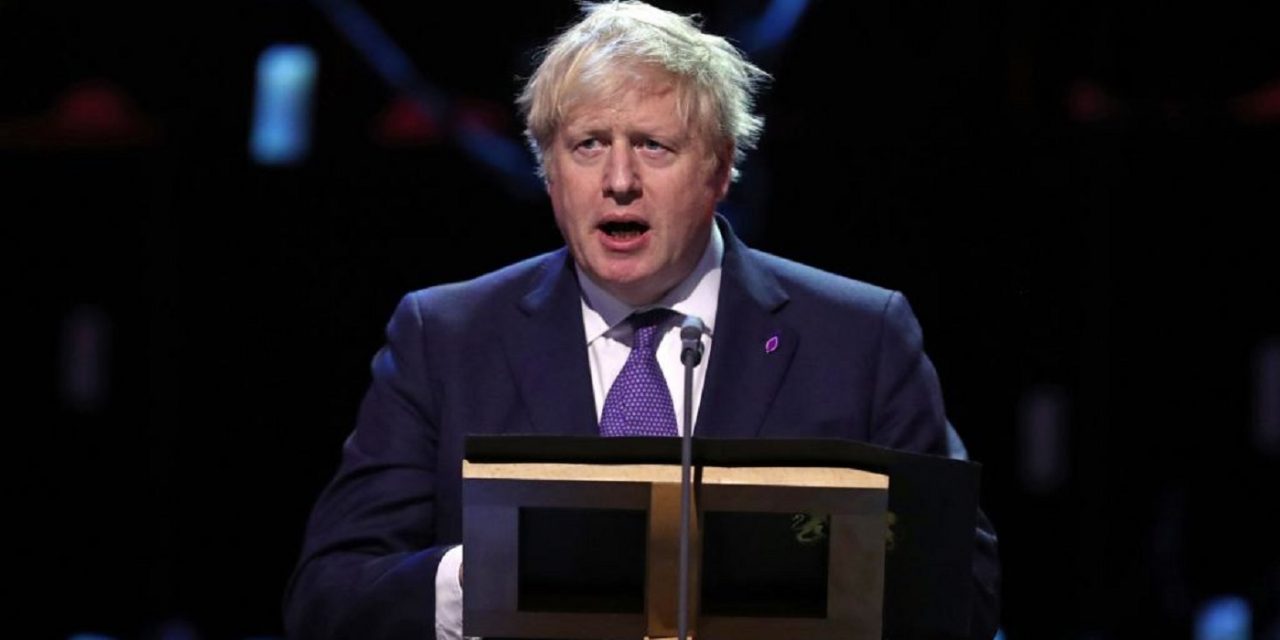 The Prime Minister has reinforced his determination to get the National Holocaust Memorial built during Monday’s televised Holocaust memorial event in Westminster.

Boris Johnson was speaking at Central Hall for the commemorative service, which marked 75 years since the liberation of Auschwitz-Berkenau, and was attended by the Duke and Duchess of Cambridge.

Boris said, “I feel a deep sense of shame that here in Britain in 2020 we seem to be dealing with a resurgence of the virus of anti-Semitism, and I know that I carry a responsibility as Prime Minister to do everything possible to stamp it out.”

Pledging to ensure the horrors of the Holocaust would never be forgotten, he promised that a national Holocaust memorial and education centre would be built “so that future generations can never doubt what happened”.

“Because that is the only way we can be certain that it will never happen again,” he added.

At the @HMD_UK event @BorisJohnson has promised to do whatever he can to preserve the memory of the #Holocaust and fight #Antisemitism in the UK. His first step is the construction of the Holocaust Memorial in #Westminster pic.twitter.com/zZZRZlX6IF

Meanwhile, the UK government announced on Monday that it was to donate one million pounds towards preserving the Auschwitz-Birkenau site.

“A £1 million ($1,305,800) donation to help preserve the Auschwitz-Birkenau concentration camp and ensure the lessons of Auschwitz live on for generations to come will be confirmed today,” the UK government said in a press release.

The funding will come from the Foreign Office and the Ministry of Housing, Communities and Local Government, Foreign Secretary Dominic Raab and Communities Secretary Robert Jenrick confirmed.

Communities Secretary, The Rt Hon Robert Jenrick said: “I was honored to attend the World Holocaust Forum in Jerusalem last week. It was heartening to see leaders of all faiths and nations come together to remember the Holocaust and renew our promise to the victims and survivors.”

“This £1 million funding for the Auschwitz-Birkenau Foundation is part of delivering on that promise. Today on Holocaust Memorial Day and the 75th anniversary of the liberation of the camps, the UK stands shoulder to shoulder with our Jewish countrymen and women.

“As the father of children whose great-grandparents endured and survived the concentration camps of the Holocaust, I know how important it is that future generations are aware of the stories of survivors.

“This donation will help to support the preservation of the site so that we can never forget the horror of the Holocaust. We cannot, and will not, let such evil happen again.”