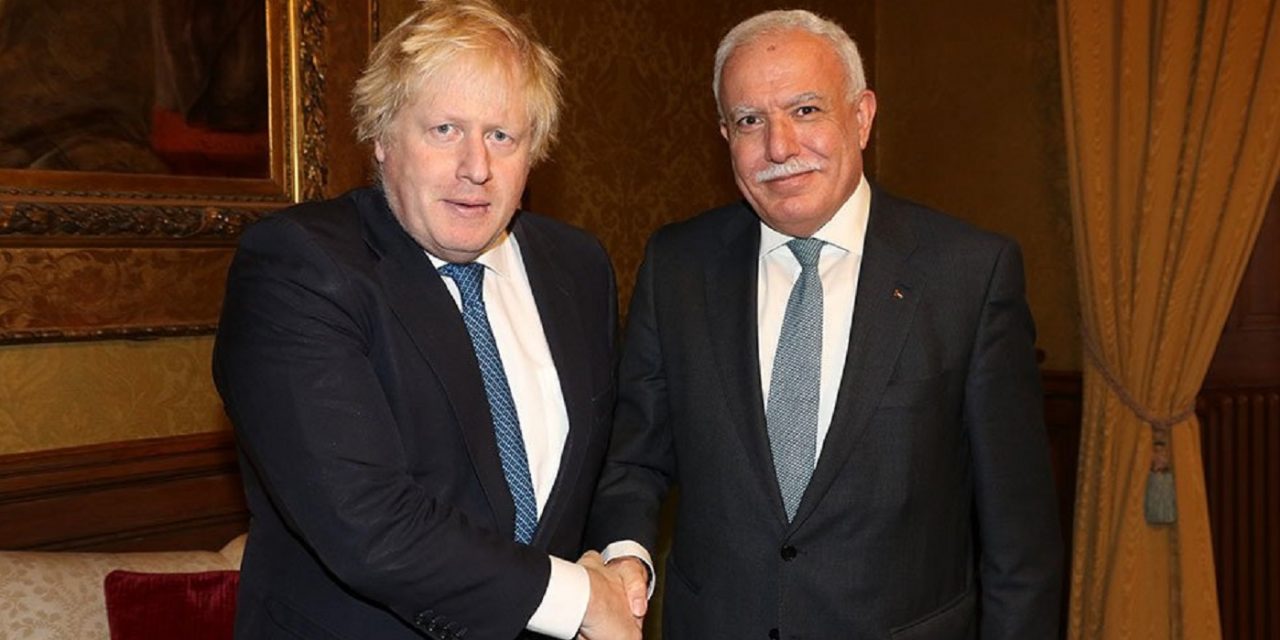 Boris Johnson has said Jerusalem should ultimately be the “shared capital of Israeli and Palestinian states”, according to a statement released by the Foreign Office.

“I reiterated the UK’s commitment to supporting the Palestinian people and the two-state solution, the urgent need for renewed peace negotiations, and the UK’s clear and longstanding position on the status of Jerusalem.”

He continued, “It should be determined in a negotiated settlement between the Israelis and the Palestinians, and Jerusalem should ultimately be the shared capital of the Israeli and Palestinian states.”

There was no mention in the statement about Britain moving its embassy to Jerusalem. The UK embassy to Israel is currently in Tel Aviv, despite Britain’s representative to the Palestinians being situated in Jerusalem. A petition by CUFI-UK has almost reached 25,000 calling for Britain to put right this hypocrisy and recognise Jerusalem as capital of Israel and move its embassy.