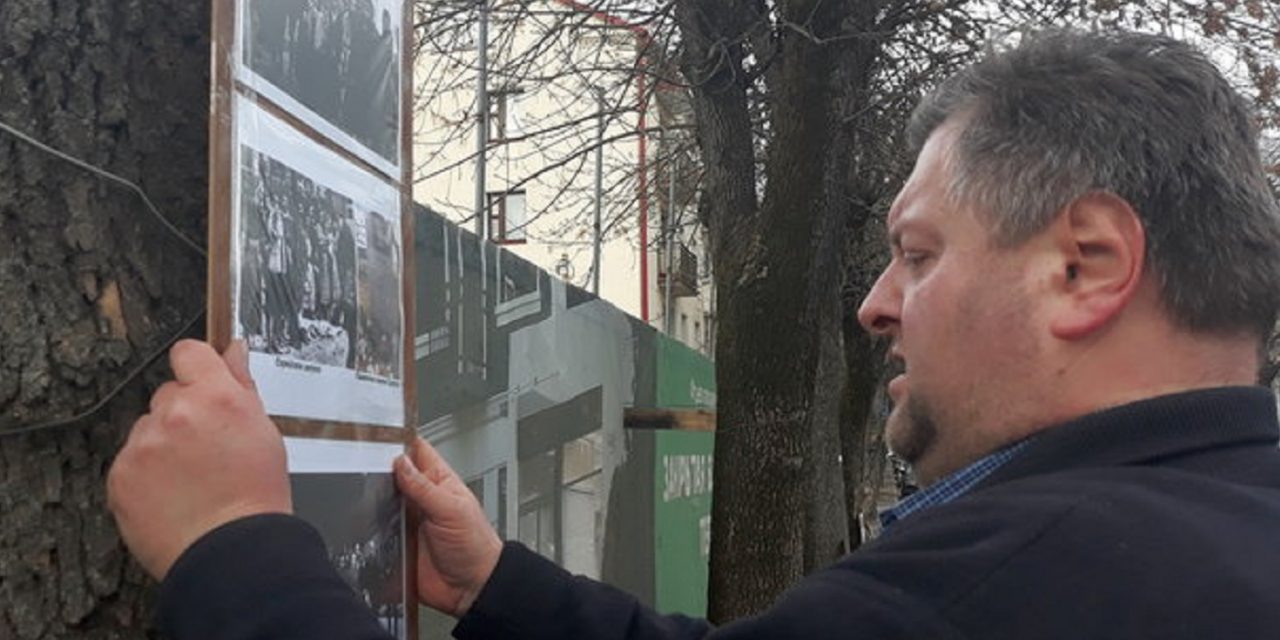 A Belarusian man has been fined by local authorities for placing a thoughtful tribute at the location of a recently discovered mass grave of Jewish victims.

Vitaly Kazak brought flowers, lamps and photographs of Jews living in surrounding ghettos to commemorate the more than 800 victims whose remains have so far been recovered at a construction site.

Shockingly, Vitaly, from the city of Brest, was detained by police officers for allegedly violating local rules. As a result, he was fined 510 rubles (£180), which is more than an average month’s salary in Belarus.

Earlier, he brought 11 wreaths with mourning ribbons and a lamp to the same construction site. On the same day, the wreaths disappeared with authorities relocating the wreaths at a Holocaust memorial in Brest.

The recovery of the remains continues after the mass grave of more than 1,000 Jews murdered by the Nazis was found in February.

Bones of men, women and children with gunshot wounds to their skulls were located by chance at a building site in the city of Brest on the Polish border.

In coordination with the representatives of the Jewish communities, the city executive committee has decided to rebury the remains, however there are calls for the construction of the upmarket residential construction to not go ahead out of respect.

On 30 January, a petition appeared on the internet with a proposal to ban the construction.

Local reports say the human remains have been found in a 20 metre long pit, some 1.5 metres deep. One account said they included “men, women, and children, all with gun shot wounds in their skulls”.

Up to 28,000 lived in the Brest ghetto between 1941-42. Some 17,000 people are known to have been shot in October 1942 near Bronnaya Gora railway station, while thousands more were also presumed to have been slaughtered.

Records say that only 19 people out of up to 28,000 were alive after the Brest ghetto.

Historic accounts say victims were ordered by Hitler’s forces to strip naked before being shot.

The Kats sisters who survived the mass slaughter in Brest ghetto – concealed in an attic – heard the mass killing.

“Workers came to dig graves early in the morning,” said their account.

“I heard a child crying: ‘Mama, let this bullet be very soon, I am so cold…’

“It was in November, and they had to get undressed and stay naked.

“About 5,000 people are lying there, behind our fence, at block 126 Kuybysheva Street…”

Previous mass graves have been located in Brest in 1950 – when some 600 victims were re-buried at Trishinskoe cemetery, and in 1970 when 300 murdered people were re-interred at Proska cemetery.