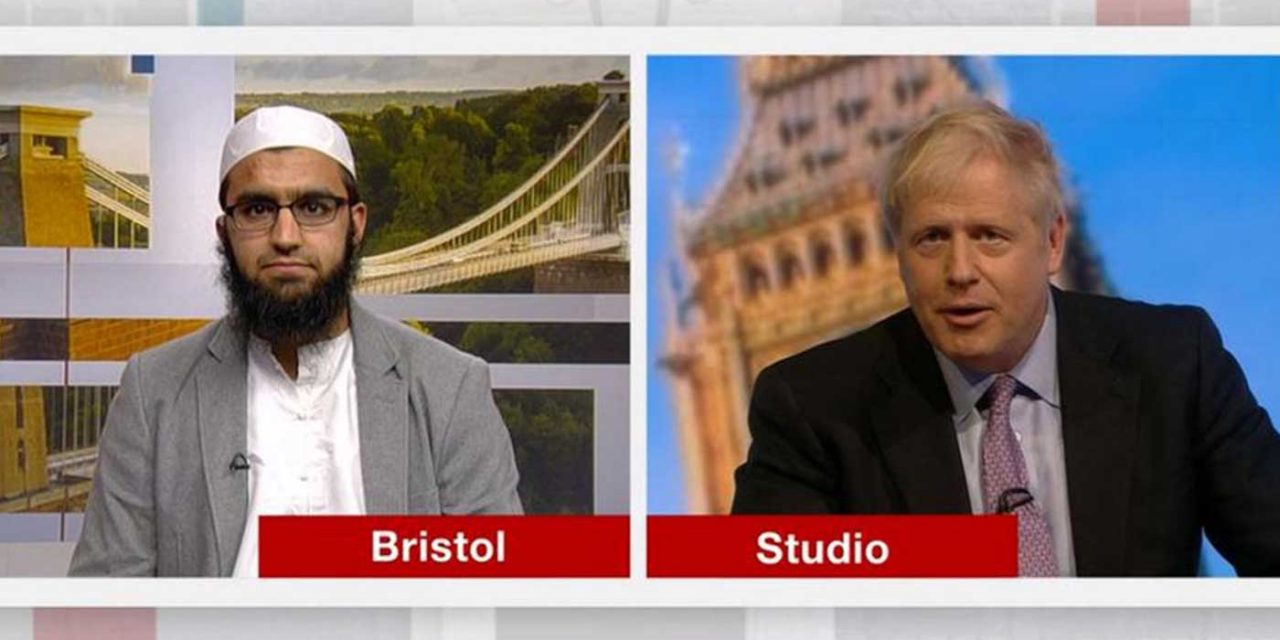 An imam who was chosen to question the Tory leadership candidates during last night’s BBC TV debate has been suspended from his teaching job after his past anti-Semitic tweets were revealed.

One of the questions posed to the Tory candidates was from Abdullah Patel, an imam from Gloucester, asking what the leadership candidates would do about Islamophobia within the Conservative party. He even used the phrase, “words have consequences”, which he is now learning for himself after his words which conflate Israel’s actions with the Nazis, talking about “Zionist” control of people within British politics and railing against the definition of anti-Semitism have been unearthed.

Shortly after the programme concluded, someone tweeting under the name Abdullah Patel (@AbdullahPatel94) claimed on Twitter to be the imam from the programme. His Twitter bio describes him as an ‘imam, primary deputy head, teacher, youth worker [and] trainee counsellor’ with a degree in psychology and counselling. He offered a critique of each candidate’s answer to the question posed on-air.

Stephen Daisley from The Spectator looked back on his past tweets and managed to screen capture some of them, however, the account has now been deleted in full, hiding any further comments.

The BBC News website embedded his Twitter thread in a follow-up article, meaning the Corporation either knows @AbdullahPatel94 to be the same man featured in the debate or its journalists assumed this to be the case and republished his comments without checking.

The @AbdullahPatel94 account, which was opened in January 2011, but has now been removed from Twitter entirely, tweeted the following:

‘Every Political figure on the Zionist’s payroll is scaring the world about Corbyn. They don’t like him. He seems best suited to tackle them!’

He accused the International Holocaust Remembrance Alliance (IHRA) of either “lying about wanting to protect freedom of speech, or they simply wish to undermine @jeremycorbyn”.

He said: “How long are the Zionists going to hide behind the Holocaust cry? It was a tragedy, but Gaza today is a repeat of the oppression.”

He once again conflated Israel’s actions with the Holocaust when he tweeted:

“Auschwitz was a monstrosity. But the concentration camp in Gaza is the modern day Auschwitz. The Jews got justice, th (sic) Muslims deserve theirs”.

He once again accused Israel of committing “genocide” against the Palestinians and said the situation in Gaza is “the Holocaust all over again”, whilst tweeting a quote from Noam Chomsky. 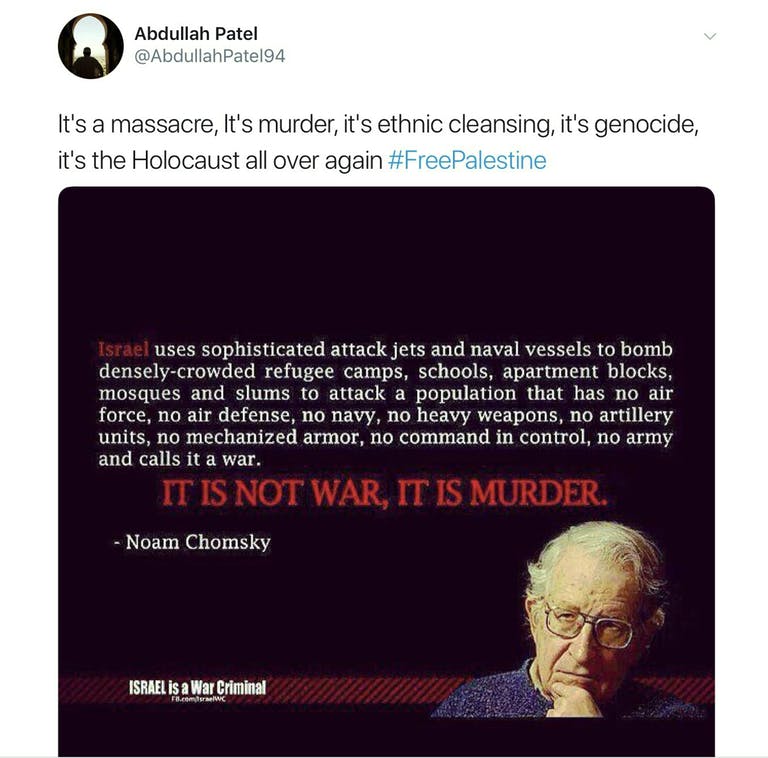 It is important to point out that Israel does no such thing. There is no “genocide” in Gaza and now “Holocaust” of the Palestinian people. Israel wants to live in peace with her neighbours, unfortunately, Israel’s neighbours want to wipe Israel off the face of the earth and “drive the Jews into the sea”.

There is more evidence of anti-Semitism from this individual which you can read here. However, it is clear from just the few tweets above that he has deeply anti-Semitic views that run deeper than the usual excuse of “criticism of Israel is not anti-Semitic”.

The Imam also gave his thoughts on rape, saying women needed to “be smarter” to avoid being raped. And said that it was a woman’s responsibility not to be alone with a man so they wouldn’t be raped.

In response to the criticism, the BBC has released the following statement:

“We carried out background research into the online and social media profiles of all our questioners for last night’s debate. Following the debate, one individual reactivated a public twitter account he had previously deactivated, whose tweets were not visible during our research period. Had we been aware of the views he expressed there he would not have been selected.”

Sajid Javid, one of the Conservative leadership candidates who has a Muslim background, urged Abdullah Patel to “practice what he preaces”.

The Imam from #BBCOurNextPM debate should practice what he preaches. Words do indeed have consequences. That applies to him as much as it does for leaders in public life. https://t.co/Y27BunhJGt

“I would like to apologise. We had the Imam from the BBC Tory leadership debate on our programme this morning. His social media comments have been extremely disturbing. We should have checked. We didn’t. I’m sorry,” Campbell said in a tweet.

I would like to apologise. We had the Imam from the BBC Tory leadership debate on our programme this morning. His social media comments have been extremely disturbing. We should have checked. We didn’t. I’m sorry.

It seems that the BBC needs to be more careful in its vetting processes. There is another person who asked a question who has also been suspended from his current job over another tweet about Hitler, that person also happened to be a Labour legal adviser. More will follow on that story.