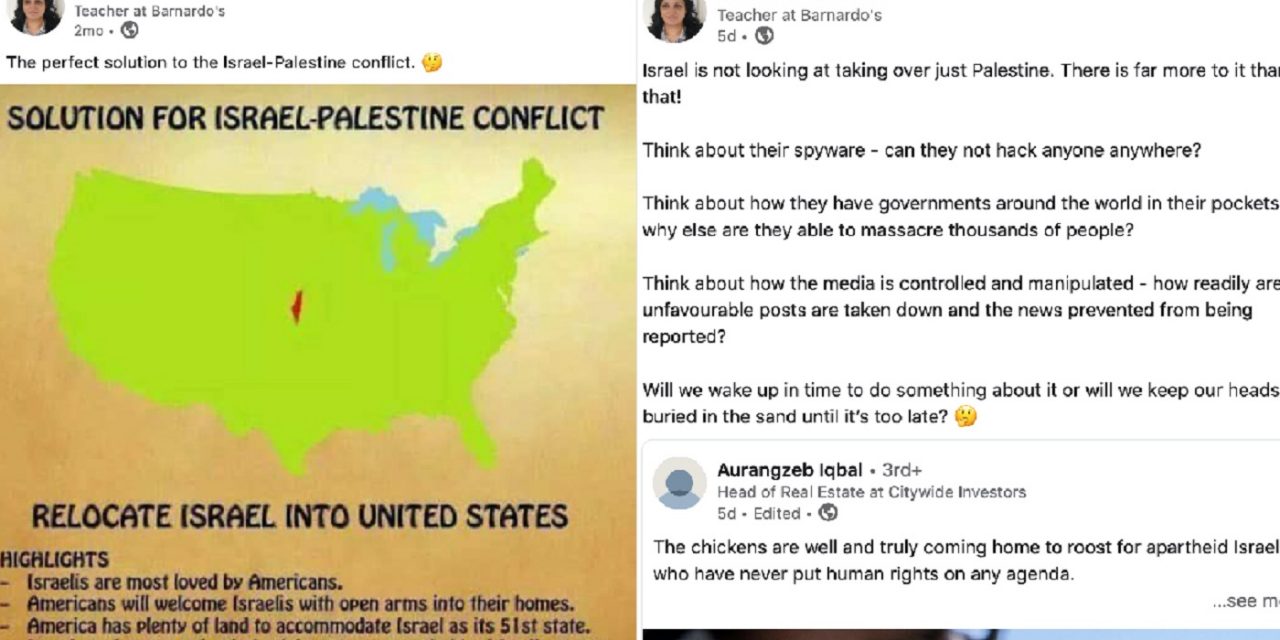 Barnardo’s has suspended one of its teachers after Jewish News discovered social media posts apparently written by her, which claimed Israel has world governments “in their pockets”, “controlled” the media and massacres “thousands”.

Rubina Halim, a Yorkshire-based staffer with the leading children’s charity wrote on Linkedin this month: “Israel is not looking at taking over Palestine. There is far more to it than that!”

In an inflammatory message, Halim continued: “Think about their spyware – how they can hack anyone anywhere. Think about how they have governments around the world in their pockets – why else are they able to massacre thousands of people?

“Think about how the media is controlled and manipulated – how readily are unfavourable posts are (sic) taken down and the news prevented from being reported?” 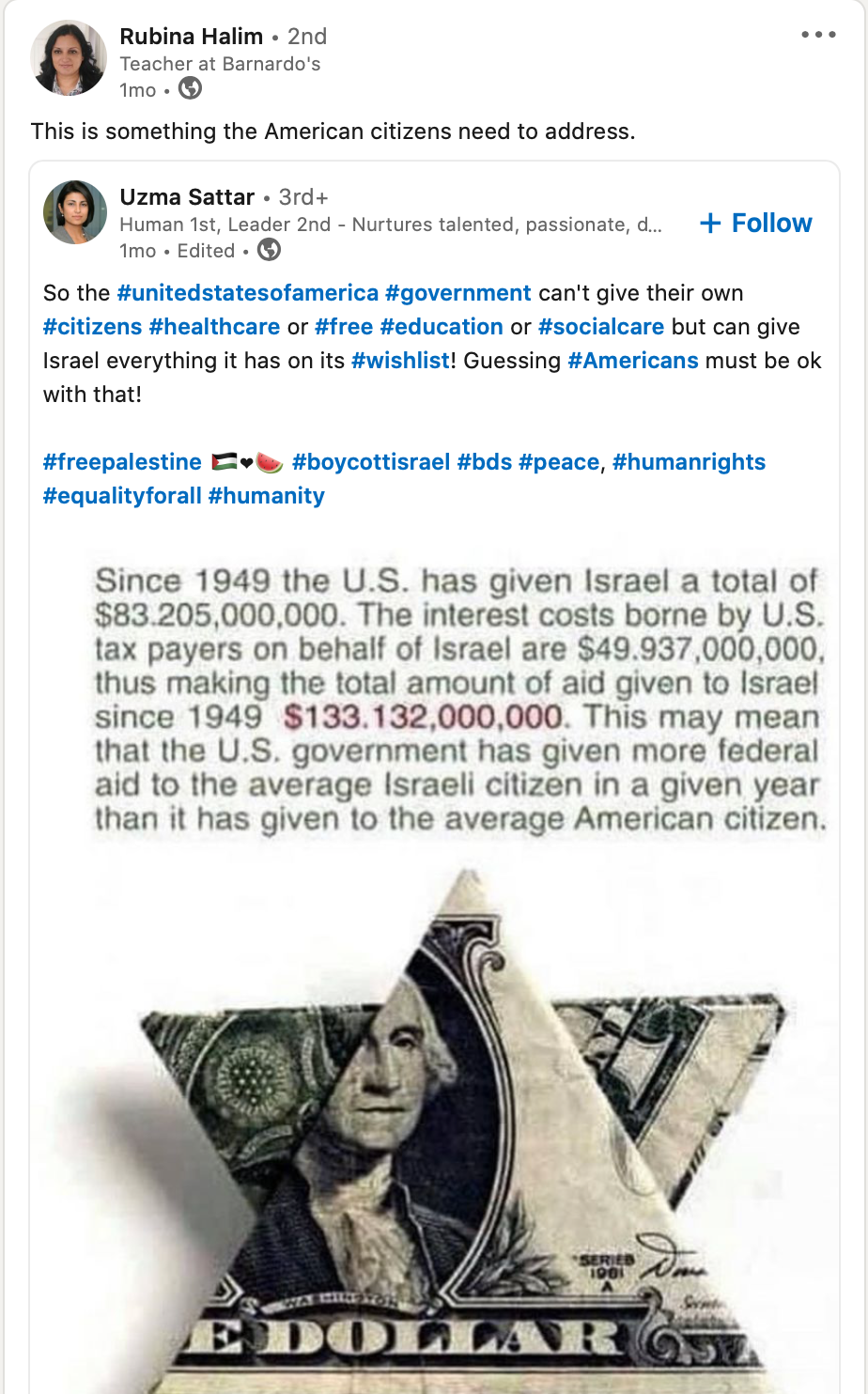 In a further call for action, Halim wrote in the post made this month: “Will we wake up in time to do something about it – or will we keep our heads buried in the sand until it’s too late?”

After Jewish News alerted Barnardo’s to its employee’s posts a spokesperson confirmed the charity had taken “firm action” against Halim “pending a full and thorough investigation.”

Jewish News understands that Halim has been suspended from her teaching role while an investigation into her conduct takes place.