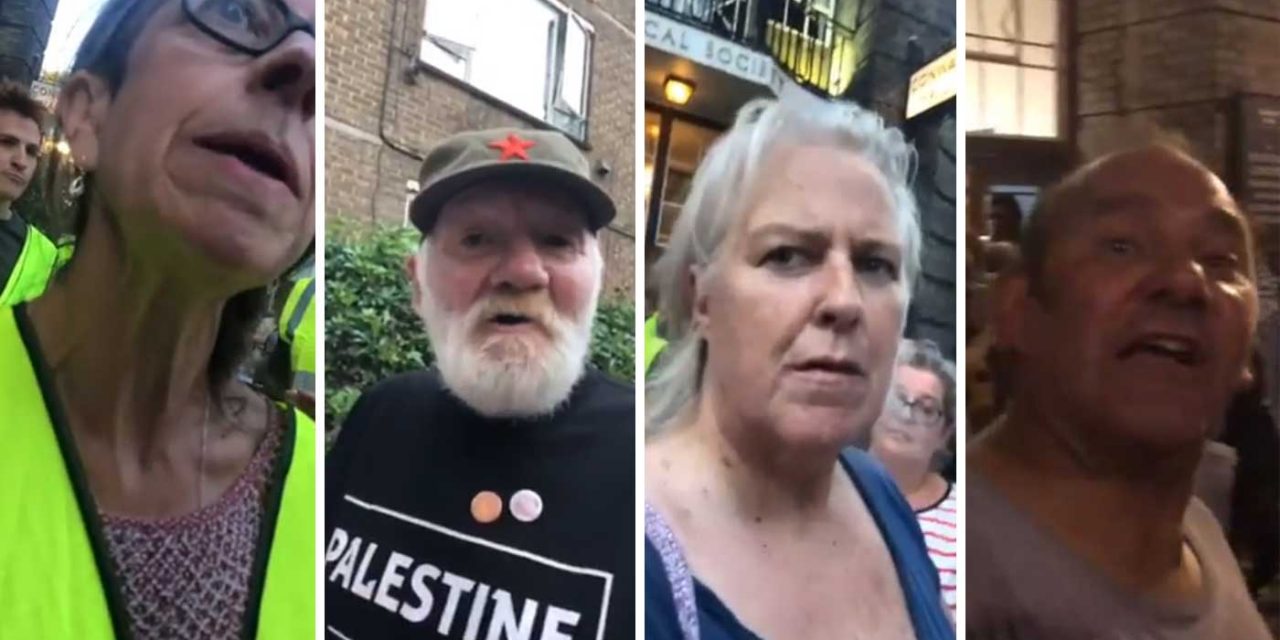 Watch as Jews were denied entry and subjected to vile anti-Semitic abuse when they attempted to attend an event which claimed Labour did not have a problem with anti-Semitism.

The event was called, “Corbyn, Anti-Semitism and Justice for Palestine” and the group of Jews were refused entry, they think, because they were visibly Jewish.

After being refused entry the group decided to stay and talk to people who were attending the event. They were then subjected to vile anti-Semitic abuse.

One gentleman first claimed he was Jewish before going on to say “there is no Jewish people, the Jewish people do not exist”. This same person put a Jewish woman in a headlock after she took one of the leaflets he was handing out.

Showing once again how anti-Zionism is anti-Semitism, one person claimed that “Zionists” are linked to “every oppressive regime”.

Another member said he supported both Hamas and Hezbollah. It is important to note that support for Hamas, a proscribed terrorist organisation, is a criminal offence. However, his comments are likely to just be in jest to offend the person he was talking to.

Another gentleman accused the Jews interviewing people of being “Nazi lovers”, “white nationalists” and a “Klu Klux Klan lover”.

Let’s think about this for a second. Organisers of the event stopped Jews from attending because they were Jewish. Attendees of the event then said vile anti-Semitic things directly to Jews. Yet this group thinks they have the moral clarity to discuss whether Jeremy Corbyn or Labour has a problem with anti-Semitism. It is absurd.

Watch the full video below: