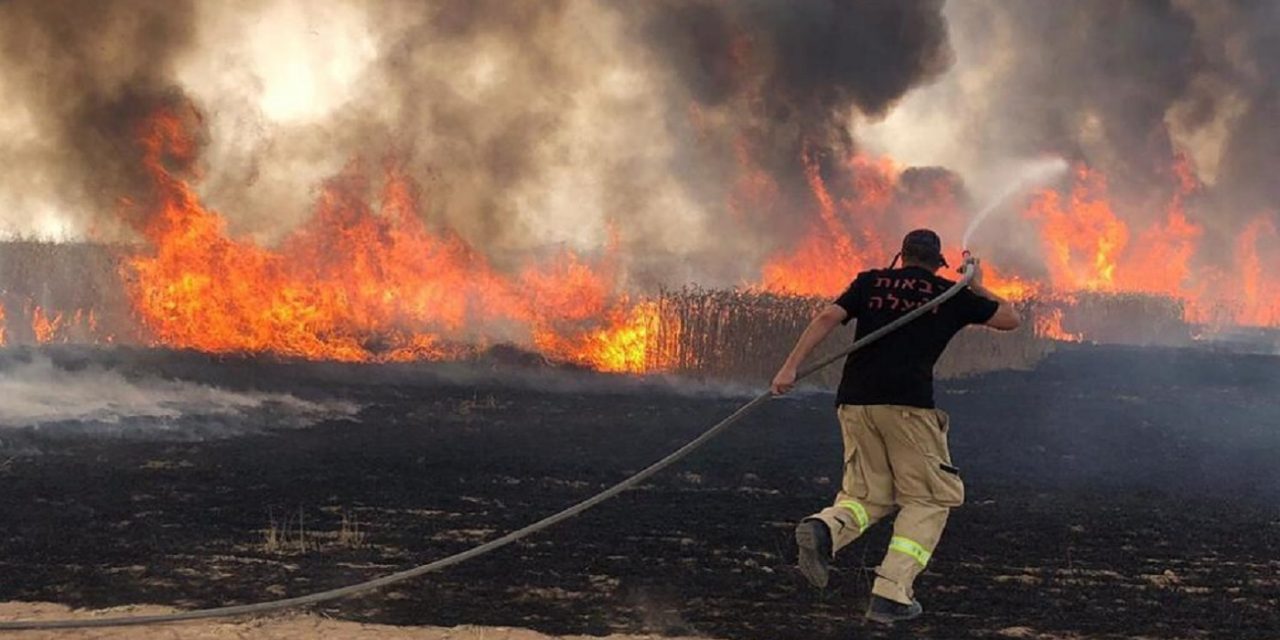 Israel’s Coordinator of Government Activities in the Territories announced on Wednesday that Gaza’s fishing zone would be reduced to 10 nautical miles after at least 11 arson balloons were launched from the Hamas run Strip at Israel.

Several fires were reported at Israeli fields adjacent to the Gaza border on Wednesday, which according to the local fire departments in the Eshkol and Sdot Negev regional councils were “caused by incendiary balloons.”

One report by i24 news said the 11 fires were started by the balloons destroying 80 acres of wheat fields in Israel.

COGAT’s decision came a day after it expanded the permitted fishing zone off the coast of the Gaza Strip to 15 nautical in a reported ceasefire.

Since the latest ceasefire, arson balloons from Gaza territory have flown into Israeli territory, burning over 80 acres of wheat fields, says Pierre Klochendler from the #Israel–#Gaza border.

Unfortunately, the Israeli farming communities outside Gaza are getting it way worse from these balloon-borne arson attacks from the Strip.