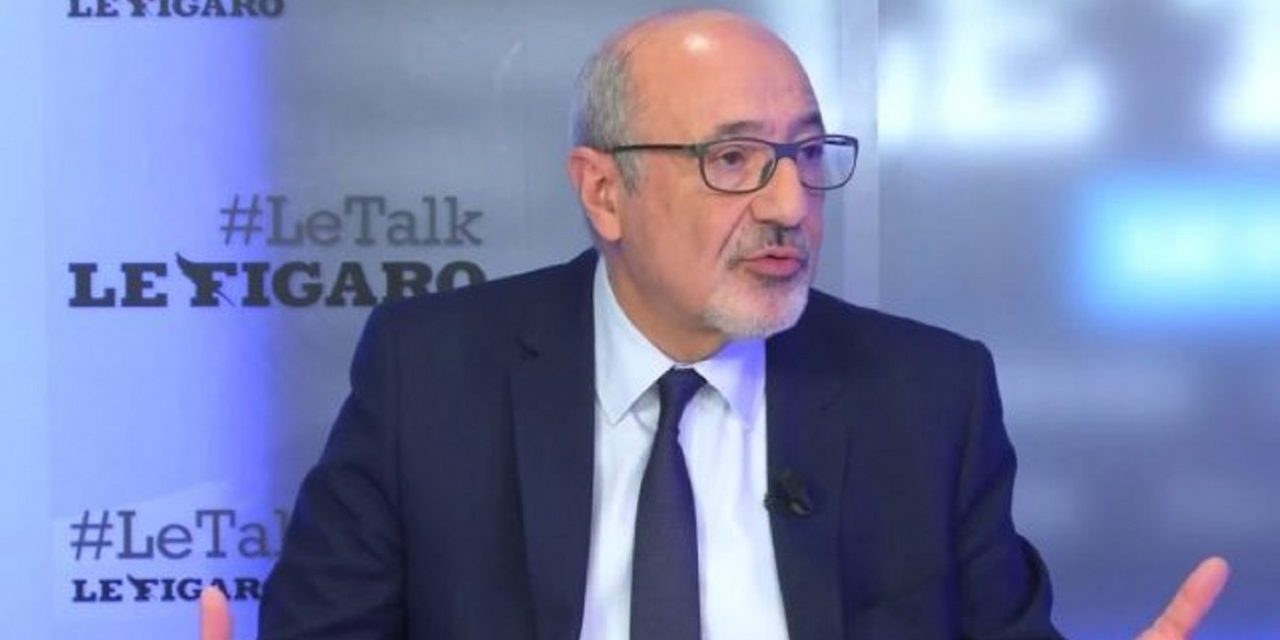 Antisemitism in France has moved “from the streets directly into the homes of Jewish people,” the head of the country’s 465,000-strong Jewish community told The Algemeineron Wednesday.

“The Jews in France feel threatened in their own homes,” Francis Kalifat — president of CRIF, the French Jewish communal body — said during a discussion of the antisemitism that has resulted in several deaths and injuries among French Jews over the past decade.

Kalifat underlined that “what used to be attacks on buildings, or insults thrown in the street, has evolved into the most violent acts.”

In the last eighteen months, two elderly Jewish widows in Paris — Sarah Halimi in April 2017 and Mireille Knoll in March 2018 — have been murdered in brutal antisemitic assaults, while several incidents of violent raids on Jewish homes involving gangs of mainly Muslim youths have also been reported.

Sadly, as Kalifat acknowledged, the problem is not new — though the pattern of Jewish response is changing.

Following what Kalifat called “the paroxysm” of antisemitic violence in 2012-13 — a year that witnessed the murders of a rabbi and three young children during a terrorist attack at a Jewish school in Toulouse — French aliyah to Israel climbed precipitously, with 8,000 Jews emigrating to Israel in 2015 alone. That trend has now slowed, Kalifat said, overshadowed by what some call an “internal aliyah.”

“We’re seeing a new phenomenon whereby Jews are leaving the neighborhoods where they were born and raised,” Kalifat said. “It’s happening in Paris, in Marseille, in Lyon, in Toulouse and in other cities. They are moving into neighborhoods that are more Jewish.”

This movement of population was the consequence of “day-to-day antisemitism,” Kalifat explained. “It’s not necessarily related to violence, often it’s more low level — for example mezuzot being ripped from the doorposts, hostile looks in the street, graffiti on the walls.”

The wider political environment in France isn’t necessarily more comforting. Kalifat pointed out that France has both a powerful extreme right, led by Marine Le Pen of the Front National (FN), and a powerful extreme left, led by Jean-Luc Mélenchon, the head of a bloc of left-wing parties known as La France Insoumise.

“We reject both, because we believe that both of them are participating in the rise of antisemitism in France,” Kalifat remarked. “On the extreme right, we are talking about old-fashioned antisemitism, very often masked by positive comments about the State of Israel. On the extreme left, the antisemitism is masked by a very violent anti-Zionism and hatred of Israel, and there is strong support for the BDS movement.”

Kalifat continued: “We refuse to have relationships with these groups, because they are fueling antisemitism in our country.”

On the other hand, current President Emmanuel Macron — the victor in the bitterly-fought presidential election of April 2017 — does inspire confidence among Jews. “This president is very conscious of what Jews have brought to France and French culture,” Kalifat said.

“Macron, like former Presidents [Francois] Hollande and [Nicolas] Sarkozy, is very serious about fighting antisemitism and is willing to use the available means to do so,” Kalifat stated. All three administrations were distinguished by their support for their Jewish community in the face of indifference to antisemitism among the wider population, he added.

For now, French Jews are anxiously awaiting the next development in the investigation into the murder of Sarah Halimi. Having believed that Halimi’s killer, Kobili Traore, would be standing trial despite the efforts of his lawyers to have the case dismissed on the grounds of alleged mental illness, the community received a shock in July. A new assessment of Traore’s mental health commissioned by the investigating judge concluded that he lacked the mental awareness required for a charge of intentional homicide aggravated by antisemitic prejudice.

The panel’s finding flatly contradicted the conclusion of a previous expert, Dr. Daniel Zagury, who examined Traore in September 2017. As The Algemeiner reported at the time, Zagury deemed that Traore’s brutal assault on Halimi — which culminated in her being thrown to her death from a third-floor window — was both “antisemitic” and a “delirious act” influenced by the assailant’s heavy consumption of marijuana. However, Zagury was clear that Traore was not sufficiently intoxicated at the time of the attack to be absolved of criminal responsibility — a key demand of Traore’s lawyers.

“I can’t explain why the judge ordered a second expert assessment, and their conclusion is totally incomprehensible to us,” Kalifat said. “We have many reasons to believe that this was an antisemitic attack. He [Traore] chanted verses from the Quran as he was torturing Halimi, he shouted ‘Allahu Akhbar!’ when he threw her from the window.”

Kalifat said that a third assessment into Traore’s mental state had now been ordered, with a report expected later this year.

“We hope that at the end of the day, the killer will be held responsible,” Kalifat said.

He expressed the same hope with the more recent murder of 85-year-old Holocaust survivor Mireille Knoll, whose assailants were reported by police to have talked about”rich Jews” prior to their frenzied assault.

Criminal trials in both the Halimi and Knoll cases would serve a dual purpose, Kalifat argued.

“On trial would be the killers themselves, alongside the system that enables antisemitism to kill in this country,” he said