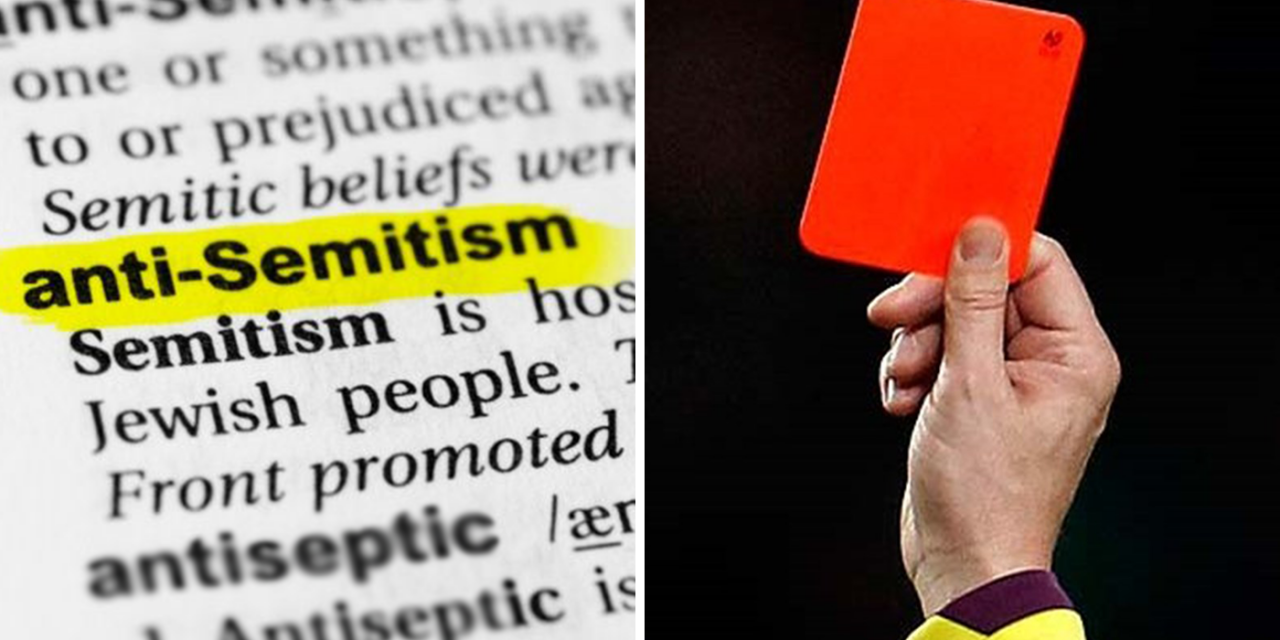 The Premier League has adopted the International Holocaust Remembrance Alliance’s (IHRA) working definition of antisemitism, as part of its ongoing commitment to promote equality and diversity, and to combat discrimination of any form in football.

The Premier League, the organisation behind the most-watched football division in the world, is the latest organisation to recognise the working definition, which has been formally adopted by the British government, as well as the governments of Germany, Italy, Hungary, the United States and more than 30 other countries along with the European Parliament.

Liverpool, Tottenham Hotspur, Arsenal, Manchester United and Manchester City are now among the footballing giants to join their league’s organising body in supporting the landmark move, announced on Thursday, which is designed to help tackle growing Jew-hatred across the globe.

“The Premier League is committed to tackling any form of discrimination in football. Our adoption of the IHRA’s working definition will enable us to be more effective in dealing with any anti-Semitic behaviour targeting our clubs or personnel.

We continue to work closely with clubs and relevant authorities to ensure that any incident of discrimination is dealt with appropriately.

The adoption of the IHRA’s working definition of anti-Semitism is the latest step in the Premier League’s continued work to ensure that football is a welcoming environment for all.”

The Premier League has adopted the @TheIHRA's working definition of antisemitism, as part of its ongoing commitment to promote equality and diversity, and to combat discrimination of any form in football

Lord John Mann, the UK Government’s independent adviser on anti-Semitism, said: “The adoption of the International Holocaust Remembrance Alliance definition of anti-Semitism by the Premier League will rightly be heralded by the footballing community and clubs worldwide.

“I congratulate our Premier League for setting the global standard. I hope others will now step up and be counted.”

Chelsea became the first British football team to adopt the IHRA definition and it is through this decision they were able to see the great impact football has on individuals.

“What we found with Chelsea is the reach of football is far bigger than other institutions in civil society,” Lord Mann said.

“If a fan sat at home with his club all over his Facebook and Twitter persona is spewing out anti-Semitism, then if the club challenges it that’s dramatically more powerful.”

Jonathan Goldstein, chair or the Jewish Leadership Council, said: “In a year when football is rightly tackling racism, this commitment to understand and combat anti-Jewish racism ensures we all play our part.

“The Premier League joins countries across the globe, political parties of all stripes, hundreds of local councils, and many more civil society organisations in adopting this definition and taking an active stance against racism.”

The Premier League says it has a zero-tolerance attitude to discrimination and believes that everyone involved in the sport has the right to feel safe and welcome and encourage everyone to challenge and report abusive behaviour wherever they find it.

So, whether you witness anti-Semitism or other forms of racial abuse, whether it be at a football match or online and on social media. You can report abuse to the Premier League here.