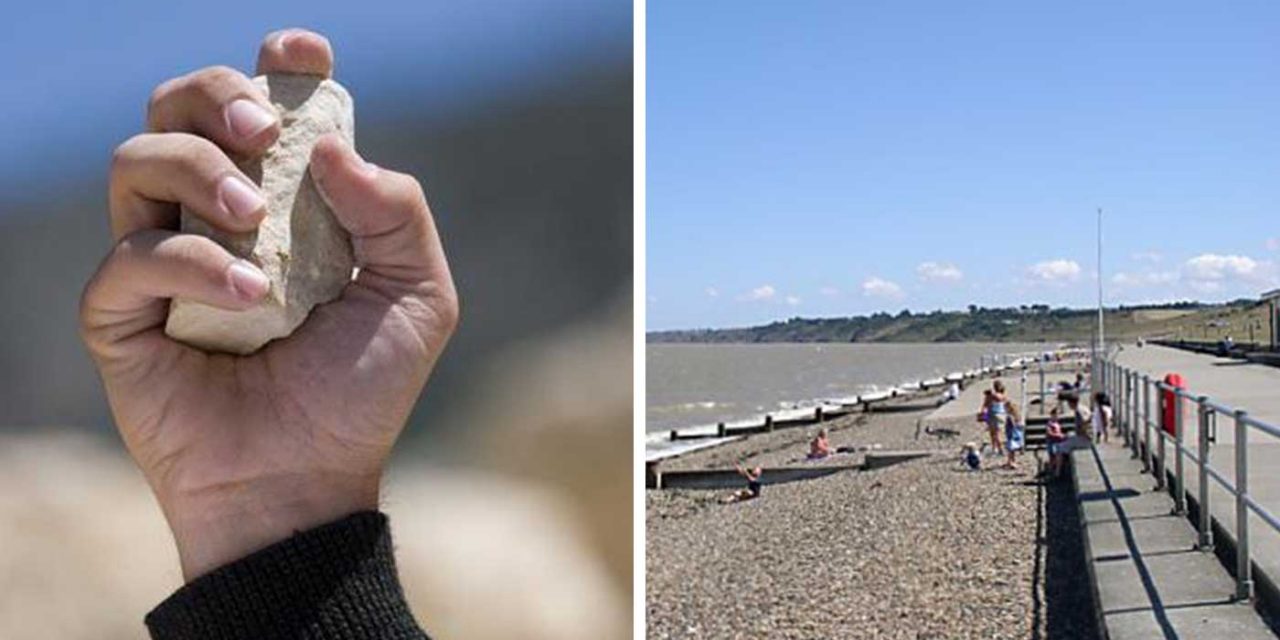 A Jewish couple and their five young children were pelted with stones by a group of teenagers shouting “Jews” on Sunday.

The incident took place over the bank holiday weekend at Minster Beach on the Isle of Sheppey in Kent.

The family were walking along the beach when youths, aged between 16 and 18, pelted the family while with stones from the beach while shouting “Jews”.

The family contacted Kent police for help, but police refused to attend the scene, despite the attackers still being there.

The Jewish News reports that a spokesman for Kent Police said on Monday: “Kent Police were called at 4.10pm on Sunday, 28 May, to a report of an assault at Minster Beach, Isle of Sheppey.

“During the call the informant left the scene and officers deemed there was no further risk.

“As the informant is from outside of the county, police are arranging a suitable time to speak to the informant in due course. No arrests have been made.”

Following the incident, the family cut their trip short to return to London that same day.

Shomrim tweeted: “Jewish family from #StamfordHill were enjoying bank holiday weekend at the beach before being pelted with pebbles by youths shouting ‘Jews’.

Jewish family from #StamfordHill were enjoying bank holiday weekend at the beach before being pelted with pebbles by youths shouting "Jews" pic.twitter.com/4GP9W3R2WQ

Note: The image of the stone in hand is for illustration only.