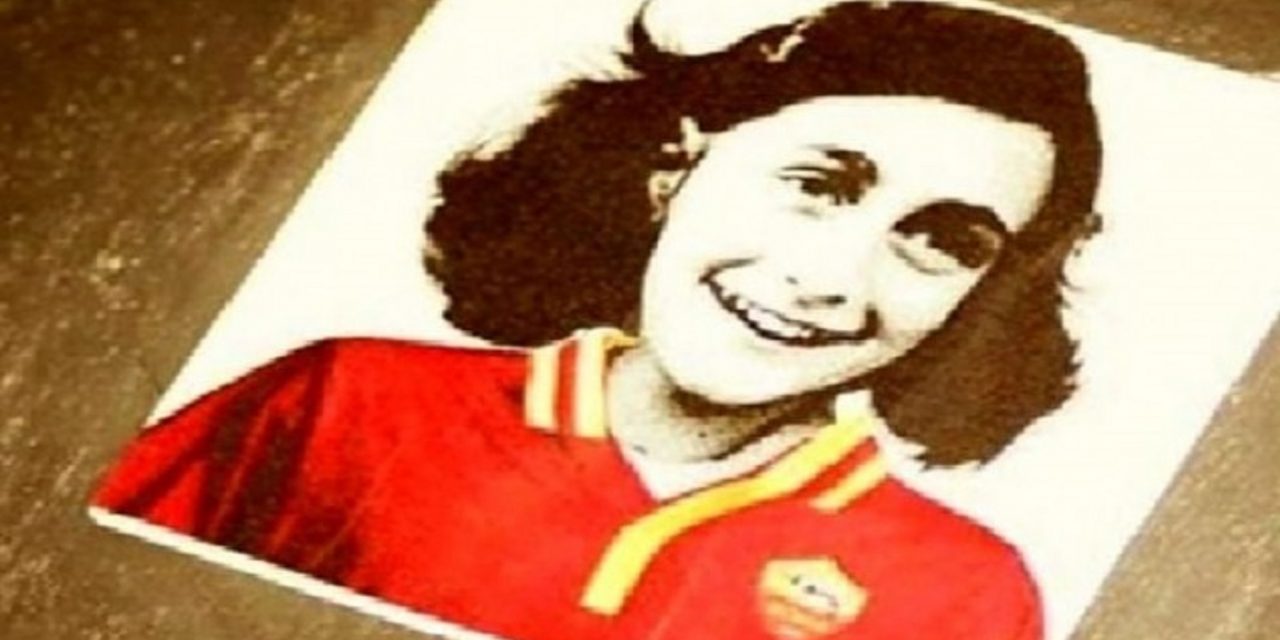 A passage from Anne Frank‘s diary will be read aloud at all football matches in Italy this week as authorities try to clamp down on shocking displays of anti-Semitism by fans of the Rome club Lazio.

Lazio supporters on Sunday littered the Stadio Olimpico in the capital with images of Anne Frank wearing a jersey of city rival Roma.

An “ultra” section of Lazio associate their Roma counterparts with being left-wing and Jewish, and had hoped to incite Roma supporters as the teams share a stadium.

Stadium cleaners found the anti-Semitic stickers on Monday and Italian police have opened a criminal inquiry.

The diary passage reading will be combined with a minute of silence before Serie A, B and C matches in Italy this week, plus amateur and youth games over the weekend, to promote Holocaust remembrance, the football federation said.

Racism has been widespread for years in many Italian stadiums – targeting players and fans – and measures such as banning fans and forcing teams to play behind closed doors have not solved the problem.

Outrage over the stickers came from a variety of officials and rights groups across Europe.

“Anne Frank doesn’t represent a people or an ethnic group. We are allAnne Frank when faced with the unthinkable,” Italian foreign minister Angelino Alfano said. “What has happened is inconceivable.”

Italian premier Paolo Gentiloni called the stickers “unbelievable, unacceptable and not to be minimised”.

The Italian football federation is also likely to open an investigation, which could result in Lazio playing matches behind closed doors or on neutral ground.

“There are no justifications. These incidents must be met with disapproval, without any ifs, ands or buts,” sports minister Luca Lotti said. “I’m sure that the responsible authorities will shed light on what happened and that those responsible will quickly be identified and punished.”

The chosen Anne Frank diary passage reads: “I see the world being slowly transformed into a wilderness, I hear the approaching thunder that, one day, will destroy us too, I feel the suffering of millions. And yet, when I look up at the sky, I somehow feel that everything will change for the better, that this cruelty too shall end, that peace and tranquillity will return once more.”

He said the club would intensify its efforts to combat racism and anti-Semitism and organise an annual trip to the Auschwitz concentration camp with 200 young Lazio fans to “educate them not to forget”.

“Stadiums cannot be places that are beyond the law and places where anti-Semitist, racist and homophobic people can find a place to show themselves.

“We need to sit down around a table and talk to the institutions, the soccer teams and the soccer federation, to enforce actions and establish a common line for the future.”